Skip to Content
Dark Mode Off / On
Home Astrology and the movies Astrology -The Red Pill: The Saturn-Uranus Dilemma
Share 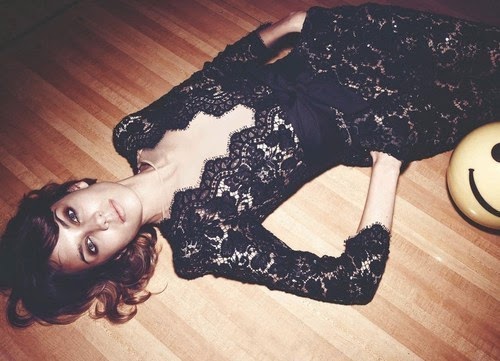 We have all watched “The Matrix” by now, and the defining moment in the movie is when Neo decides which pill to take. If he takes the Blue pill he will remain in ignorance and stay enslaved, but if he takes the red pill he will learn the truth and enter into the Matrix, and understand how it all works. Using this analogy, the red pill is compared to opening our consciousness and learning about astrology, and understanding the code and complex design behind life.

At some point all astrologers have been presented with the dilemma of the blue pill or the red pill. To choose astrology is a difficult choice; it is not easy believing in something which is opposed and regarded as superstitious nonesense. Most people discover Astrology and  feel enlightened, and have a re-newed sense of purpose. But there are those out there who wish that they never took that damn red pill. Knowledge is power, and too much information can be overwhelming.

Other similar themes between Astrology and “The Matrix”  – is the dilemma of free will. Astrologer’s deal with the issue of free will vs fate everyday in the work they do. According to Greek Myth, Prometheus brought ‘enlightenment to mankind’, but he suffered and was severely punished by Zeus, he was chained to a rock while an eagle would come everyday to eat his liver. Astrologer Liz Greene believes this tale reinforces the guilt and punishment astrologers feel when exploring charts and working with clients.

I obviously swallowed the damn red pill, and my mind has been awakened to a larger system – at first it was overwhelming to believe the planets “out there” had any relation with my own journey on earth. Astrology has the power to alter the course of human destiny, it is only through raised consciousness and mass enlightenment that we can alter our lives. This can be difficult to achieve when Religions, Science and Astronomy are condemning Astrology. However, the journey of Astrology is still an ongoing one, and on it’s course it has faced many ‘trials’ and yet it is still here today, living and breathing and a testament to its relevance.

1. Ignorance is bliss.
2. Accept life with no questioning, live within the status qua, this is a much safer option than stepping outside the line. You have every right to believe in the reality you see with your own eyes. Who is to judge you?
3. Live in the known world, and in the worse case scenario let sceptics dictate your thinking. Let them make you feel a fool if you dare to think different.
4. Follow the Herd. Allow the powers that be to condition you. Security in numbers.

1. Know there is a higher intelligence behind life.
2. Say goodbye to the known world, your mind is about to be awakened.
3. Be prepared for isolation and a sense of aloneness.
4. Also be prepared to be opposed by minds frightened to take that step off the cliff.

Which Pill will you choose?
The Red Pill Popping People 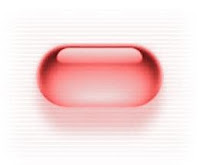 Liz Greene: It depends on what you mean by “real.” The zodiac doesn’t exist in concrete terms. It is the apparent path of the Sun around the Earth, which we have divided into twelve segments; each segment is assigned an image and a set of meanings and behaviour patterns. But the zodiac doesn’t exist in the sense that there are animals floating out there. So, on one level, the whole system is not real. This table we’re sitting at now is the kind of thing that we define as real. If you take reality as something subtler, and you approach reality as being the connections, links, resonances, or correspondences between things, then, yes, these patterns are real. But there is no way that they can be measured in a quantifiable sense, according to instruments of so-called reality. When you ask me that, the whole problem is that I don’t know what you mean by real. Or, rather, I do know what you mean, but if Richard Dawkins asked, “Is it real?” he would mean something quite different by “real” than I do.

Nick Campion: I was using “real” in the Richard Dawkins sense.

Liz Greene: In that sense, no, astrology is not real. This doesn’t mean that it doesn’t exist or that it is not valid, but in his sense, no, I don’t think astrology is real. I believe there is an objective patterning or interconnectedness or unity of some kind or a set of resonances. You can use any phrase you like, whether it is mystical or hermetic or any other language you fancy. And it does exist outside us. It’s not just in the perceptions of astrologers.

Astrology is just a finger pointing at reality. ~Steven Forrest. All anyone can see in a birthchart are tendencies that will become facts if he does not do something to alter them. ~Isabel Hickey 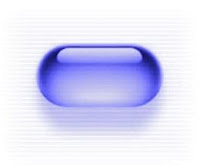 Carl Sagan coined the phrase that “extraordinary claims require extraordinary evidence.” What this means in practice is that if a claim is not very strange or extraordinary when compared to what we already know about the world, then not a lot of evidence is needed in order to accept the claim as likely to be accurate.

On the other hand, when a claim very specifically contradicts things which we already know about the world, then we would need quite a lot of evidence in order to accept it. Why? Because if this claim is accurate, then a lot of other beliefs which we take for granted cannot be accurate. If those beliefs are well-supported by experiments and observation, then the new and contradictory claim qualifies as “extraordinary” and should only be accepted when the evidence for it outweighs the evidence we currently possess against it. Astrology is a perfect example of a field characterized by extraordinary claims.

If distant objects in space are able to influence the character and lives of human beings to the degree alleged, then fundamental principles of physics, biology and chemistry which we already take for granted cannot be accurate. This would be extraordinary. Therefore, quite a lot of very high-quality evidence is required before the claims of astrology could possibly be accepted. The lack of such evidence, even after millennia of research, indicates that the field is not a science but rather a pseudoscience. Atheism. com

As a predictor of the future, astrology just does not work either. Many studies have been made, and the results show that it is no more accurate than chance would have it. Astrology is deceptive that it takes away our free will and gives it to the motion of the planets. Astrology is a relic of past ignorance. It is bad to keep believing in stuff that is not logical and does not work. If it really were true astrologers rake in the money by playing the markets and would not waste time doing people’s charts. Sorry, personalities develop from many variables and the location where you born and the stars and planet locations have nothing to do with it. Deeper Mind.com