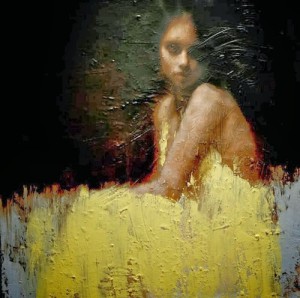 My favorite film is What Dreams May Come. In the movie, Annabelle Sciorra plays the leading female role, and here is the summary of the movie by Wikipedia.

Annabelle Sciorri plays an artist, wife and mother who loses her two children in a car accident, and the trauma of the event sends her into deep despair and to the psychiatric hospital. With the help of her husband she regains some of her strength to cope, but is dealt a double blow and left devastated when her husband dies in a fatal car accident. The intense trauma leaves her in a tormented state, and she falls deeper into dark depression. The pain she suffers is unbearable and she takes her own life. Instead of seeing her husband and children in heaven, she goes to Hell because she can’t accept her life gone wrong.

Here are some of Sciorra’s planetary placements.

Pisces Planets, Neptune in Scorpio, Chiron in Pisces opposed Pluto
Mercury, Venus, Chiron and South Node are all placed in Pisces. This would give Sciorra the ability to empathize with the role she is playing, the pain, anguish and emotional exhaustion of the tormented artist. The South Node in Pisces can symbolize patterns of behavior where one feels weakened, possibly through escapism, illusions, and oversensitivity. Piscean depression and sensitivity to the environment can hinder the ability to focus. The North Node in Virgo is learning to function on the earth plane.

Mercury/Venus/Chiron in Pisces all trine their dispositor Neptune in Scorpio, and it can be a healing, emotional and transformational combination. However, Neptunian feelings can be carried too easily. Venus exalted in Pisces symbolizes empathy in love and this is emphasized by having Venus trine Neptune. A beautiful aspect and she may have a longing to find love in the divine, a soulmate and is easily swept away in Neptunian fantasy.

Chiron in Pisces is on a critical degree symbolizing deep, sensitive wounds on the emotional level. Chiron opposite pluto can signify a great deal of intense pain, a wound which cannot be healed. Annabelle’s portrayal of the suffering mother/widow left to cope alone projects the cruel and unfair devastating loss that life can deal us. The most devastating loss in life is the death of a child. How do you heal this kind of loss? The film raises these kinds of questions, along with the afterlife, reincarnation, soul mates, souls taking on different physical forms and returning to earth.

I believe Sciorra brought something to the collective in her role, and films have a way of portraying the archetypal themes in astrology, the motifs which exist in life. The film did create debate over Annabella (Sciorra) going to Hell and being punished for taking her own life – yet I thought it was a self-imposed hell, and she was locked inside the maze of her own tormented soul.

I have not read the book. However, from what I have been reading online the children are not killed in the novel, only the parents. Here are some of the elements of the book which did not appear in the movie.

The details of Chris’s life on Earth also differ strongly in the novel. Only Chris and his wife (called Ann) die. Their children, who are grownups rather than youngsters, remain alive, as minor characters. Albert and Leona are exactly the people they appear to be, and the character played by Max Von Sydow does not appear in the book at all. Albert is Chris’s cousin and not African American as in the film while Leona’s ethnicity is not divulged. Chris and Ann are rural, country types rather than the urbanites portrayed in the film, and he is not a pediatrician, nor is she a painter. He’s a Hollywood screenwriter, and she has a variety of jobs.

The afterlife imagery is based on the natural scenery rather than paintings. The Heavenly environment doesn’t automatically mold itself to people’s thoughts, as it does in the film; some practice and expertise is required to build things. There is more explanation of how the afterlife works, and we get more of a sense that a functioning human society shares the space. The novel’s depiction of Hell is considerably more violent than in the film. Chris finds it difficult to move, breathe, or even see, and he suffers physical torture at the hands of some of the inhabitants. He does not encounter ships, thunderstorms, fire, or the sea of human faces that he must walk upon in the film. Instead, he and Albert climb across craggy cliffs and encounter such sights as a swarm of insects that attack people’s bodies.

Ann is consigned to Hell for only twenty-four years, not eternity. Chris’s meeting with Ann in her private Hell is much longer and more complex than in the film. At the end, which resembles an alternate version of the film but not the standard version, she escapes from Hell by being reincarnated, because she is not ready for Heaven.

The actual afterlife is something we examine with the astrological patterns involving Pisces, the 12th house, and Neptune, representing our spiritual self. The closing gate as seen through these archetypal themes represent a sense of cleansing and preparation for a new cycle, we recognize that something is coming to an end. In the Astrological chart, we also meet these energies when we need a more soulful reflection and are searching for greater depth and meaning in life.  Often, Neptune represents a call into the unknown, and this energy can dissolve barriers standing in our way.

Goal of Neptune: The striving to go beyond the limits of the self and merge into a “we” feeling. The longing to be found, touched, and redeemed in trance and ecstasy by the divine. To find true spirituality and be a living witness of the divine effect in the world.
Representatives of the Neptune Principle: Inspired artists, talented actors and actresses, musicians, poets, priests and priestesses, preachers, mystics, occultists…addicts, the unstable. Key Words for Astrology

Soul Potential in the Astrology Chart
Stir of Echoes
Pluto in Capricorn: Vampire Status
A Neurosurgeon's/Sagittarian's Journey into the Afterlife
The Zodiac Poem
Neptune Dreaming