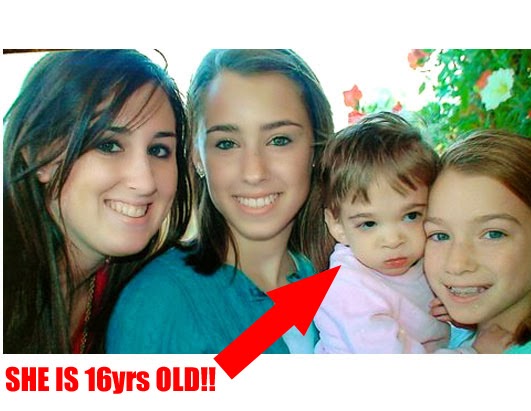 I watched this little girl on television today and wondered about her astrological chart. The Doctors are saying she may hold the key to delaying the ageing process. Yet, according to what I have read they haven’t found any special gene. Here is the story on Wikipedia:

“Brooke Greenberg, (age 16) is a girl from Reisterstown, Maryland who has remained physically and cognitively similar to a toddler, despite her increasing age. Greenberg is about 30 inches (76 cm) tall, weighs about 16 pounds (7.3 kg), and has an estimated mental age of 9 months to 1 year. Greenberg’s doctors have termed her condition, Syndrome X. She was born with anterior hip dislocation, a condition which caused her legs to be swiveled upwards, awkwardly, toward her shoulders; this was corrected surgically. Otherwise, Greenberg appeared to be a normal infant.

In her first six years, Greenberg went through a series of unexplained medical emergencies from which she recovered. She had seven perforated stomach ulcers. She also suffered a seizure. This was followed by what was later diagnosed as a stroke; weeks later, no damage was detected. At age five, Greenberg had a mass in her brain that caused her to sleep for 14 days. The doctors diagnosed the mass as a brain tumor. However, Greenberg later awoke, and physicians found no tumor present. Greenberg’s doctor states that the source of her sudden illness remains a mystery”.

Brooke has a Sun-Neptune conjunction in Capricorn, and this sign rules the bones, teeth, and delay in development. The planet Neptune rules our place of suffering, confusion and mystifying situations and could go some way to explain why her condition has baffled Doctors. She was diagnosed as having a brain tumour after sleeping for 14 days, and when she awoke there was no tumour present.

The Mysteriousness of her whole illness is Neptune at work, and things are never as straightforward as they appear to be when this planet is involved. Individual’s with the Sun in aspect to Neptune in their chart can appear at times spaced out, or even asleep. They often appear as if they are living in their own, secluded world. Often there is a delicacy in appearance in some Sun-Neptune natives, and they can also be highly susceptible to illness.

The Sun is also in exact conjunction with Uranus, and she is the focus of much scientific study (Uranus) even if the Doctors and those in authority are confused over her condition. Uranus is straight out of  a science fiction novel and has very lofty ideas for the future, and Brooke Greenberg is the new muse of the Scientific world. The triple conjunction of Sun-Uranus-Neptune is a powerful feature of this young girl’s chart. Another facet of this horoscope is Mercury the planet of communication and our ability to communicate with the world is in Capricorn (delay) and in wide conjunction to her Sun-Uranus-Neptune configuration, and Brooke’s Greenberg’s mental development is that of a 1-year-old.

Little Brooke has Venus unaspected in the sign of Pisces. This symbolizes that she has a deep need to feel loved and special. Venus in Pisces attracts a lot of sympathies and she is a well loved little girl. She is treated as a very special human being in the world. Venus is exalted in the sign of the Pisces, and symbolizes at it’s most abstract level, love and compassion for everyone.

Mars, the planet of motivation and action is in the sign of Cancer (fall) opposite the triple conjunction (Sun, Uranus, Neptune). Often Mars-Neptune is another aspect that can develop a poor immune system or weaken the body. The opposition involves the parental signs of Cancer and Capricorn. These two signs show how we get our needs met, and our emotions and nurturing instincts (Cancer) and the polarity to these character traits is self-sufficiency, maturity and growing up (Capricorn). It is a particularly relevant opposition considering she is an adult in a baby’s body.


Pluto, the planet of transformation, change and evolution is placed in it’s own sign at the apex of a t-square with Chiron and Saturn. This difficult fixed configuration shows much soul strength is needed here to be born into a life with such insurmountable obstacles (Chiron-Saturn) concerning her place as an individual in society and of being different. With Pluto driving the t-square, she is headed for fast transformation this lifetime.