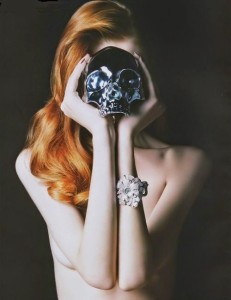 Evolutionary Astrology has four evolutionary states and depending on what spiritual stage of the ladder we have achieved. To read Pluto in the composite chart, we link the house and sign position of composite Pluto with the couple’s mutual desires prior to this life. The polarity point of Pluto by house and sign shows the current intent of the relationship and its ongoing evolution. The phasal relationship between Mars and Pluto indicates how the couple will actualize their current life intentions.  Here are a few examples of how Pluto works in composite chart from the author, Jeff Green:

If a couple has composite Pluto in the 3rd house, themes of their past life relationship revolve around a couple who desired to expand their relationship through intense examinations of one another’s psychology. There can be deep and intense discussions, and such exchanges in communication will trigger areas in one or both of them where they are rigidly invested in previously held ideas, opinions or beliefs that justify their views and keep them secure. These dynamics brought the relationship to a standstill in the last lifetime. The danger in this relationship is when one partner attempts to dominate the others thinking.

One or both may have attempted to control and manipulate the thoughts of the other in order to have some desire met. This has resulted in dishonest communication, and Jeff Green calls this the power of persuasion, and if this masks a darker agenda, negative karma is produced. If “brainwashing” resulted it creates a resistance and repulsion towards the other. In some cases, Pluto in the 3rd house or Gemini may signify two people who have been related before through being siblings. And the normal boundaries that exist between siblings have been transgressed, and there has been sexual contact.

For some, this has been consensual and the relationship has been kept secret from other family members. If the contact was non-consensual the situation reflects an older sibling, manipulating the mind of a younger sibling. I do have personal reservations about these readings, but they are still fascinating to read.

Another example given in the book is Pluto in the 11th house; this possibly shows two very close friends in the last lifetime. They may have met each other through a group or other shared interests. In some cases, they have wanted to shift from being very close and like-minded friends into the context of intimacy, and to become lovers. They have each wanted to rebel from limiting life circumstances and this has brought them together intimately. There has been a shift from friendship to intimacy, and in many cases, this has changed the relationship dramatically.

Where they once helped each other as friends who could objectively see each other, all that objectivity is lost, and the relationship has been terminated. Many other couples with composite Pluto in the 11th house have shifted their relationship from intimacy to friendship. In this way, they have understood each other more objectively, or they have liked each other intensely and have vowed to be close friends in subsequent lifetimes.

There may have also been an unexpected loss or termination to the relationship/friendship in a past life. This may have happened for a variety of reasons; one may have had a secret agenda, motive and intention that they have hidden from the other. And another scenario could represent a couple who has been rejected by mainstream society; they have bonded to one another for support and validation.

5 thoughts on “Pluto: The Soul’s Evolution Through Relationships – Follow Up”