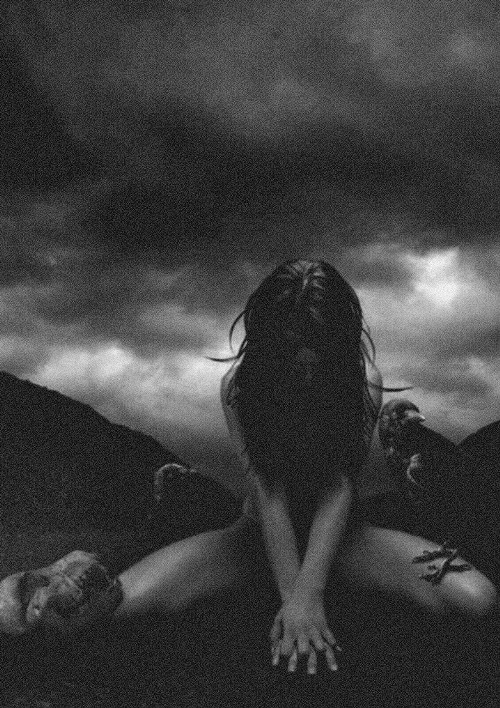 “You don’t do “lite.” It’s not in your Birthday Planet’s vocabulary. You’re too intense. You may have gone through periods (especially when you were younger) when you felt ashamed for reacting the way you do. Perhaps you even tried to cover it up. In time you’ve come to accept yours not everyone’s cup of tea. You know a lot of people, but you have few friends. And you like it that way. You rely on your inner circle. It’s the only place (other than when you’re by yourself) where you open up. In those moments of soul searching – when you descend into the very depths of your being – you want to know you can do that without having to worry about being too intense for the people around you. You don’t have much patience for people who live “surface” lives, but you may also come to realize that not everyone has to reach your depth of feeling to be a friend. Someone can react to a situation coolly or pragmatically, but it doesn’t mean that person doesn’t care. Ruling Planets: Your Astrological Guide to Life’s Ups and Downs

“There is an intense emotional nature. No sign has more profound and enduring feelings, for owing to the fixity of Scorpio these become set, with the result that in high types there is unwavering devotion to principles, deep sympathy, and true understanding, while in primitives, in whom the moral standard is low or uncertain, a host of dangerous feelings may appear, bitter dislikes or hatreds, often cherished for a lifetime, extreme sensitiveness to imagined slights or, resentment, suspicion, and furious anger. Scorpio’s of this kind are very prone to think themselves undervalued, and to relieve their feelings on this score in the shape of constant boasting. The Principles of Astrology

“All the water signs share the fear of isolation, but they utilise different defence. The defences can be enormously creative. Cancer’s need to belong is a fundamental part of the sign;s gift of empathy and nurturing. Pisces’ retreat in the imaginable world can produce works of art. Scorpio’s need to fix bonds in an unchanging state can produce extraordinary loyalty, commitment and courage. But in some cases defences are so extreme that the person is taken over by them. Then the Cancer produces hysterical symptoms that look like a beach ball, the Piscean overdoses on the bedroom floor, and the Scorpio goes on a rampage and murders his wife as well as her lover. Barriers and Boundaries: The Horoscope and the Defences of the Personality

“The spider s also ruled by Scorpio. It weaves its shining web and waits at its center while the gleaming structure of death attracts its dinners. The web is perfect, a time tested pattern which rarely changes except to improve. The unconscious fly gets caught int he spiders hardened secretions and becomes entangled and exhausted as it tries to escape. At just the right moment the spider approaches, sticks its hollow tooth into the insect’s body and removes all the vital fluids, leaving just the shell. But we must not blame the spider, for it is just as instinctually unconscious of its actions as the fly. The true demon is one who is aware of its actions and joyfully practices it. Scorpio can thus be the tempter of souls, for he offers promises of power and of lust fulfilled. Scorpio can also be the catalytic agent who gives the searching a soul a way toward growth.” Alan Oken’s Complete Astrology: The Classic Guide to Modern Astrology

“Let’s abandon preconceptions and start from the beginning. What is it about the eighth sign that seems to provoke much confusion, fascination and dread? Open a medieval astrological text and, if you’re strongly Scorpio – sun, moon or ascendant – you may as well take a flying leap of the Golden Gate Bridge, or turn yourself into the police right away before you perpetrate violence or sexual assault on someone. The descriptions are that bad. Power driven, sex-crazed, violent, warlike, vindictive, cunning: the image is a pretty horrific one. The modern equivalent isn’t much better. It’s a real nuisance having to live up to Mata Hari (who was a Scorpio) or Don Juan. Tiring, you might say. What is Scorpio really like?” Astrology for Lovers

“The lofty aspirations of Scorpio, which as Jung pointed out can lead to a loathing for life, and its powerful sensuality, which wishes to drown in the world, are extremely uncomfortable bedfellows. Yet they spring from the same mysterious core, half sexuality and half spirituality, which leads Faust on his long journey. The difficult combination of spiritualized eroticism and eroticised spirituality is a handful for Scorpio. It is not surprising that so many Scorpios repress or sublimate one or the other in despair that no reconciliation is possible. Faust thoroughly embraces both, although he ‘made the worst of both worlds’, and remains a figure of potential dignity and redemption. Astrology of Fate