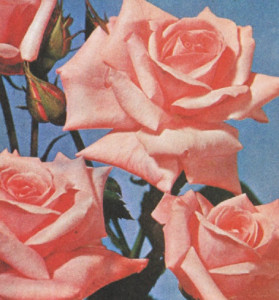 My son has a Grand Earth Trine which involves his Sun, Moon, Asc, Mercury and Mars. I was thinking about the relevance of this configuration and his parents (Sun and Moon) material hardship.

Earth is the element we associate with money, work and career, and the trine aspect is the easiest of contacts. For a large part of his early years, we have been struggling with financial debt. The Moon in Capricorn in his grand trine could signify the hardship in his childhood.

According to astrologer Noel Tyl, the Earth Grand Trine represents a closed circuit of practical self-sufficiency. Tyl gives an example of a woman who was raising a family alone, and had a defence structure against being exploited by others and had the strength to go it alone, and he says the grand trine, made it easier for her to cope.

Catherine Zeta Jones has an Earth Grand Trine configuration in her horoscope. Catherine’s parents are described as working class. I found out that the father was a sweet factory owner and her mother an Irish seamstress. Catherine’s’ parents won £100, 000 at Bingo in the 1980’s, and they moved to the ‘upper-class’ area of Swansea. Catherine is hardworking, ambitious and extremely driven. Although many have suggested that she has had career breaks and been ’fortunate’.

Catherine’s marriage is successful and she has been married to Michael Douglas for 10 years. The marriage and its publicity earned quite a significant amount of money:

Plenty of controversy surrounded the couple’s wedding in late 2000. They’d been paid $900,000 by OK Magazine for exclusive pictures of the newly born Dylan. Now they accepted a further $1.5 million for exclusive shots of the wedding, a helpful amount as the proceedings at the New York Plaza would cost $1.8 million, including $10,000 for the four-foot cake.

Unfortunately, Hello Magazine got hold of pictures and published, the Douglases attempting to take out an immediate injunction. Eventually, they sued for damages and the case stretched on till 2003, when they were awarded $23,000 (OK! got $1.6 million). Even then it wasn’t over, with Hello! Deciding to appeal and the case would go as far as the House of Lords in 2007, with Hello! eventually having to pay OK! around $4 million in damages and court costs.

Now financially secure for life (it’s said Catherine’s pre-nup with Douglas gives her $3.2 million for every year of the marriage), she continued to win prime roles.

Irish McCalla’s Grand Earth Trine was discussed on this blog, and it was revealed in an interview, that she lived a ‘charmed’ life and that things just seemed to happen without her trying. There was another French actress, France Nuyen, with this same configuaration and she was just sitting on the beach when “Life” magazine photographer discovered her and she became a successful actress.

Rebel Without a Cause Director also has a grand trine in earth. The Moon and Uranus are conjunct in Capricorn in the 11th house in his horoscope and are part of the grand trine configuration. It has been said that Rebel Without a Cause was a film that showed empathy (Moon) for social misfits (Uranus) and financially (earth) the film was his biggest commercial success. Stil, he did display some shocking behaviour and was caught smoking marijuana with his students. A documentary was filmed about the last days of his life –  Lightning (Uranus) over water (Moon) is quite an apt title for this configuration.

In Carter’s book, An Encyclopedia of Psychological Astrology, Together with Observations on the Astrological Characteristics of About Fifty Diseases, and an Introductory Essay on the Zodiacal Signs

Despite the grand trine in earth, the native was a poor child rescued from the streets by the Salvation Army.