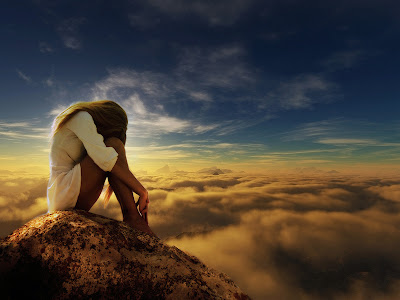 When transiting Pluto trines the natal Sun it signifies self-growth, personal power and self-renewal. A renewed (Pluto) sense of purpose in life (Sun) is keenly felt and an individual undergoes a regenerative period where there is a need for self-improvement, and a feeling of being more directed and focused. Increased self-confidence and feeling more empowered to achieve at this time. New growth and transformative make-over’s can take place now. Astrologically, the Sun rules individuality, destiny, creativity, vitality and will. The Sun is the progressive, active and dynamic principle in the birth chart that unfolds over time. It represents our feelings of specialness, uniqueness and individual sense of purpose that we are here to fulfil. The Sun represents a sense of becoming who we really are and self-realisation.

The Sun also rules over the 5th house of children, and this may be the channel through which the transit is expressed. The solar drive can also be expressed through the father and according to Jungian astrology the Sun in the horoscope reflects the inheritance, gifts and challenges that have been handed down to us. The Sun also represents all male figures in our lives, but it needs to be given individual, self-expression. There is a powerful need in all of us to live out our potential (Sun). The sign of the Sun usually describes the main theme of our journey and the ruler of the Sun is particularly strong and tells us where we need to find and develop our inner potential. The Sun represents the abilities and skills that must developed in order for us to fulfil our role. If we don’t express the Sun in the natal chart we can be left feeling hollow and empty.

Pluto reflects passion, obsession, sex, transformation and deep, psychological changes. It reflects the need to survive and reproduce. Death of some kind is usually the end result of a Pluto transit and trines signify the process of letting go and finality is much easier to accept. Renewed possibilities and fortified inner strength can be the result of Sun-Pluto easy contacts. The difficult descents into the plutonian realm are usually shown by hard Pluto transits, when darkness, pain, grief and loss can overwhelm an individual. Pluto is associated with great wealth, and this is sometimes of the material kind, but it can also reflect the spiritual wealth that is attained. The experience of Pluto transits can signify the greatest of evolutionary changes and acceleration. Below I have gathered together some celebrity examples of transiting Pluto trine Sun in a horoscope, which will further help us to understand these transits. 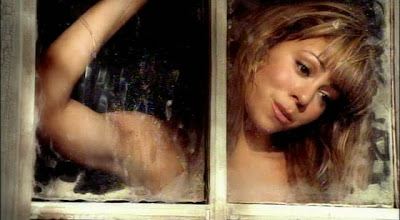 With Pluto’s transit through Sagittarius it trined planets in Aries and Leo. Mariah Carey has Sun in Aires and she ended her five year marriage to controlling Tommy Mottola in 1998. During the development of her critically acclaimed 1997 album, Butterfly, the couple were separating. The album was described as a life-altering record that continued the transformation of her previous record, Daydream. Carey refers to Butterfly as her greatest work. Previously, Tommy Mottola managed her career and now the singer took creative (Sun) control (Pluto). Throughout interviews Carey denied that her change in direction was radically new and that she chose it and could now make the music that she was passionate about. With the release of the new album and new video. Mariah emerged with her curly locks shed and black clothes changed in favour of more revealing and sexier clothing. In her first video for the single, Honey, she showed more flesh, hinting at her new-found freedom. The album has been described as a musical transformation. Carey’s renewal was not accepted by everyone and she was also highly criticised throughout this period. However, she had gained control. The elegancy of Butterfly impressed critics and they said the star had grown as an artist and that she had taken a giant creative step forward, saying she delved deeper into the hip-hop world. Carey reportedly told her ex husband that Butterfly was her most heart felt balled and she felt the song transformed her career and vocals. Watch the Butterfly Interview for more insight into this transforming period in her life:

A New Day has Come

Pluto trined Celine Dion’s Sun in Aries in 1999, she decided to perform one concert before taking a break to start a family with her husband, Rene. The only thing that was missing from her life was a child. Her husband had developed throat cancer the prior year and they had been hoping for a baby for a long time. However, tests had shown that Rene’s sperm was low in both density and movement, but they had frozen some prior to his radiation treatments. In early 2000, she began daily injections of a drug that would prepare her body for IVF. 18 eggs were retrieved and began to take progesterone the next day. At the lab the sperm was introduced to the eggs and when she returned to the centre the fertilized eggs were injected and ten days later it was confirmed that Dion was pregnant. Overjoyed by the news she couldn’t wait to make the announcement. Celine’s following album reflected the entire period and was called, “A New Day has Come.”

Madonna has the Sun in Leo and I looked back through her timeline and found that she broke three ribs, and a bone in her hand as well as her collarbone in 2005, during transiting Pluto’s trine to the Sun. The need for healing and regenerating for that period. However, following on from this time, she decided to adopt a baby in Malawi. It was 2006 when she finally adopted him temporarily and transformed his life completely. Her tenth album was released in 2005, Confessions on a Dance floor. Critics commented that the album was a return to form.

Pamela Anderson has Sun in Cancer and when Pluto trined her Sun, the star moved to Vancouver and got a job as a fitness instructor. At a football game, the camera focused on her and flashed her picture on the big screen. The crowd went wild and she was picked up by a modelling agency. The following year she went under the knife to receive breast implants, transforming her completely.

I recently discussed Lindy Chamberlain and her fight for justice with the legal system after she was accused of murdering her baby. Pluto trined her Sun in Pisces when all accusations were dropped and her name cleared from charges. This may have given her a sense of renewed purpose and power and control back over her life. Lindy also received large compensation for wrongful imprisonment.

Princess Diana began a physical transformation when Pluto trined her natal Sun. She felt rejected and betrayed by her husband with whom she had been separated from the previous year. Diana began a physical and psychological make over, with a new fitness regime, hiring of a voice coach, a new hair style and she became the new fashion icon. The Princess began a series of passionate affairs carried out in secret (Pluto). It was said that she was obsessive and wanted male attention on her all the time. An affair began with James Hewitt and he said that Diana had given him a lot emotionally and that the affair had increased her confidence.