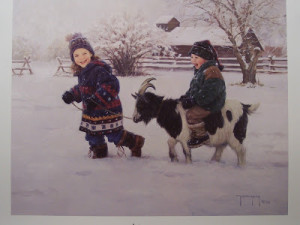 The Moon reading relates to Moon in Capricorn, Moon in aspect to Saturn and Moon in the 10th house of the chart. For the most part, this reading is a generalized view of how the person with this parental archetype in the natal chart, may view the mother. Parental relationships can be complicated for some, and there will be different and varying experiences. An individual may receive positive Saturnian images from the mother and equally another person will speak more negatively about their mother. Sometimes the image falls somewhere in-between. I don’t fall into the astrological camp of blaming the mother for everything that goes wrong in early childhood.

I will try to be sensitive, understanding that readers of this may be mothers. I need to reflect all the possible experiences, so if you read words like cold and rejecting, this doesn’t necessarily mean you are. Astrology makes no judgements on any parent. Early circumstances vary for every child and the reason for any kind of personal lack in the child’s background can be due to material hardship, illness, work and so forth.

Astrologically, the Moon describes our most fundamental urge for protection, safety and nurturing. The ability to express our lunar needs depends on early development and the ability for internal mothering. The Moon rules the mother in the natal chart and the relationship will be reflected by the position of the Moon by sign, house and aspects. Our image of mothering is one of unconditional love, care and security. The Moon in the natal chart describes the feminine principle and later relationships with women will also be reflected by the Moon.

The Moon in Capricorn is in its sign of detriment and so it may be a difficult position to experience emotional nourishment and nurturing behaviour. The mother may have valued, achievement, hard work and organization. In such cases, if often leaves little time for this person to really be a ‘child’ and allow for feelings of vulnerability, neediness and helplessness. This often involves repressing basic emotions and many will have received early parenting which emphasized success and accomplishment. Perhaps love was conditional and the maternal message was one of ‘tough love’.

At worst, the mother figure was viewed as critical, cold and rejecting. The Moon in Capricorn or in aspect to Saturn does seem to describe the difficulty in getting what they want emotionally and the emotions are never allowed free reign. According to Howard Sasportas, these types could encounter an uptight mother, who seems burdened with difficulties and has problems responding to their needs in a fashion which make them feel at ease.

“In some cases, a mother may be trying her hardest to be attentive to your comfort and satisfaction, but she might be so nervous about doing her job right that you would ultimately pick up on her insecurity and doubts. Maybe she’s busy with other responsibilities or has read in a book that babies should be fed according to a timetable and not just when they express a desire to be fed. “ By Howard Sasportas, The Luminaries

Those with Moon in Capricorn often have mothers who are naturally controlling in order to cope with change, and at her best she has a deep sense of responsibility and care for others. In such cases, this type of mother finds it hard to relax and let go. Always doing what is expected of them, and they hate letting others down. The mother may have been a rock in their life, always shouldering the hardship, heavy burdens, and working hard. Perhaps she hardly took a day off to tend to her own needs. Sometimes the mother takes on the role of the father, possibly having to support the family financially.

Saturn is a significator of the element of earth and has a cardinal nature. Therefore, she may be described as materialistic and caring a little too much about social appearances and approval, consequently, being a little too rigid. Coupled with this, is a parent who is afraid of getting it wrong and making mistakes, so she follows the rules to the letter. Perhaps the parent was not a very spontaneous or natural mother and was too reserved. In other cases, the individual was raised by older parents.

The associations are endless, but the Moon-Saturn mother is often dependable, devoted and loyal. However, she might not have always been overly demonstrative in her affections. Sometimes she does things for people out of a sense of duty and it was most probably through her, that they learned how to be self-sufficient. The early home life may have been bleak and mother may have been unavailable when they needed her. Equally, Mother may have been a warm and caring person but she was perceived as overly serious or depressed, and it was hard for her to let go emotionally. Perhaps they saw her as the disciplinarian in the family, and at times, she was over strict and demanding.

The mother may have been shy and insecure and it is also likely, that she had it tough emotionally in the early years of the child‘s life. Sometimes death, illness and poverty in the family are physically and psychologically hard on the mother. She may have done her best under such circumstances, but sometimes there is too much to cope with. In addition, these mothers often have to be the strong one in the family, doing all the practical things for everybody.

“Sometimes the child had to take on responsibilities at too young an age, often becoming a surrogate mother, perhaps by being born the eldest child and having to look after younger siblings. Often the mother or another caretaker is over-burdened and Moon-Saturn ends up playing mother to its own mother figure. The lunar aspect of parenting which might be termed ‘conditional love’ is often in short supply. Often there never seems enough time to pander to the child’s needs. As in farming situations, there is often a strong tradition in the family set-up of the Moon-Saturn background. Perhaps for generations, the family may have lived in the same house, or locality, or pursued the same kind of profession. The result is that it is very difficult for the individual to be able to get way from the duties, responsibilities and history they were born into. “ By Sue Tompkins, Aspects in Astrology