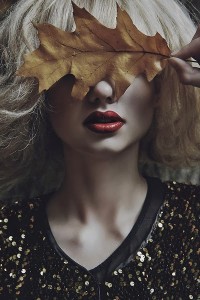 I thought it would be interesting to observe the different weather phenomenon and disasters, astrologically. I recently looked at the coldest day on record, which showed an exact Sun square Saturn contact, and the freezing temperature in Antarctica, dropped to -89.2 C. The quality of Saturn is slow, heavy, cold and dull. The fastest temperature drop appeared when the Sun in Capricorn formed a wide square to Saturn in Aries at the 29th degree.

The hottest day on earth was recorded in Africa when the temperature soared to 136 F on the 13th of September 1922. Astrologically there was a wide Sun square Mars contact, Mars rules all forms of heat and rise in temperature. Mars had reached the 29th degree in fiery Sagittarius, but the results are questionable, due to the surface that the machine was built on and previous faulty readings. The fastest temperature rise occurred in Spearfish, South Dakota, and there was another, Sun square Mars contact.

The fastest rainfall in one minute occurred when Mars (speed) was bang in the middle of Pisces (heavy showers). The Sun was in Cancer trine to Mars in Pisces, so perhaps the water sign element of the trine influenced the heavy rainfall. I am noticing a strong connection with the Sun and strange weather phenomenon.

The most rainfall in 60 minutes was taken in Holt, Missouri, United States, on the 22nd of June, 1947. Astrologically the Sun was in Cancer (water) square Neptune (heavy rainfall). During a tropical cyclone, the most rain that fell in 24 hours reached 71.9 inches. The astrological weather doesn’t appear to be significant; there is a Sun in Capricorn sextile Saturn in Pisces contact. However, the Sun was in trine to the Uranus-Pluto conjunction in Virgo. Actually the more I think about it, the Uranus-Pluto conjunction does describe extreme turbulence, and powerful (Pluto) winds (Uranus). I would consider Uranus to be connected with thunderstorms, and I have covered lighting attacks previously on the blog and found this to be the case. Of course there are probably cyclones occuring without this aspect present.

The fastest ever wind speed reached over 300 mph and happened in Oklahoma City. The Sun was conjunct Saturn in Taurus (slow). However, the Sun was also square Uranus in Aquarius (wind). I am assuming the wind speed picked up dramatically, due to Uranus in Aquarius (Sky-God) forming a sextile to the Mercury-Jupiter conjunction in Aries (increased (Jup) speed (Aries)! The thinkers born during this time must process their thoughts at a super, lightning fast speed and would make quick and ingenious observations, and they would still be fairly young at this point. Mercury is also the fastest planet around the Sun.

The deadliest tornado happened on the 26th of April, 1989. The Sun in Taurus was opposite Pluto in Scorpio trine Saturn, Uranus, and Neptune in Capricorn. Another Sun-Uranus-Pluto contact was in operation at this time, and it killed 1300 people in Bangladesh. Also in Bangladesh the heaviest hailstone fell, weighing 2.25 lb. The Sun in Aries trines Uranus in Sagittarius, but what I feel may also signify this type of freaky weather, is the Mars-Neptune conjunction in Capricorn (frozen water) sextile Jupiter in Pisces (increase in size).

The longest lightning bolt that was ever recorded reached a lengthy 118 miles. A grand air trine occurred between Sun in Libra, Saturn in Gemini, and Uranus in Aquarius. As stated earlier, I would associate Uranus with lighting strikes. This type of study needs the correct birth times of various countries, but through assessing the elements and significant aspects, especially to the Sun, it is a fruitful study.

The weather changes all the time, and I believe it is only most useful to attempt these type of studies, under extreme conditions. We are also always extremely limited by lack of valid data, which may have helped to refine the results. Still, I thought it was interesting enough to explore, and found the results useful. It doesn’t mean I could apply them to future weather conditions, but worth observing and sharing.

Here is a list of the essential natures of the signs: A Manual of Astrology by Raphael