Skip to Content
Dark Mode Off / On
Home Relationship Astrology You are my Rock: Saturn in Synastry
Share 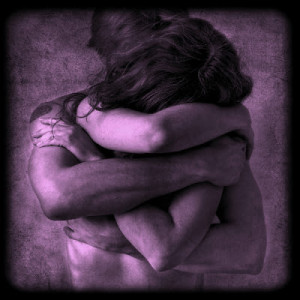 The other night as we were laying in bed my partner told me I was his rock. I have Saturn (Stonehenge) rising and his Sun conjuncts my Satan.

I should be grateful because there are usually much worse things said about Saturn in synastry and particularly swiping comments directed towards the Saturnian person. I won’t deny it,  I can be super critical and like the devil. Saturn contacts in synastry are built to endure and stand the test of time. Saturn can be viewed as heavy and limiting, perhaps even inhibiting the relationship. The Saturn person may suffer from too many doubts and insecurities, and they may also shoulder the responsibility or burden of the connection. The Saturn person can be experienced as heavily critical, rigid and restrictive in the relationship. Some astrologers believe that any given relationship with Saturn will have a deep effect on the lives of either partner.

The majority of Sun-Saturn contacts in relationships appear to occur when it is the woman’s Saturn and the man’s Sun which are involved. This is perfectly in line with the idea that women do not freely express the quality of the Sun, and consequently a tie involving the woman’s Sun would be largely unconscious and not so obviously powerful. There seems to be no doubt that Sun-Saturn contacts are powerfully binding in relationships as well as being more common than the proverbial Sun-Moon or Venus-Mars interchanges. By Liz Greene, Saturn: A New Look at an Old Devil

Although he calls me his “rock” I do like what Greene says about the Sun’s effect on Saturn, and a relationship goes both ways.

Only the Sun, the great life giver, can offer warmth and light to Saturn’s chilled bones. Saturn can give direction and support to the Sun and help him realize his goals in a practical fashion at the same time that he himself is learning to be more joyful.

I Hope I am not getting all wet and sentimental or airy like a fairy on this Valentine’s Day. I have Venus in Capricorn so “bah humbug,” as Scrooge would say, and just give me the chocolates. Getting romance out of me is like getting blood out of a stone. I find relationships themselves fascinating and I can analyse them for hours. My partner has Venus conjunct Pluto in Libra, so he enjoys romance and he is enormously flattering and romantic and idealistic in the relationship. I suppose, he does his best to thaw out his girlfriend.