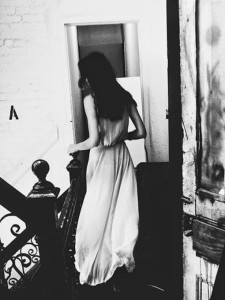 It is interesting to research the news events surrounding the day of your birth. Take the recent Mars-Pluto transit and the stories of sexual abuse, murder and police investigations. Some of us are born at particularly stressful times in history, and at birth we receive this planetary energy. There was something written by Liz Greene about astrologers pointing at “nasty” aspects and making comments on world events. Yet, the same astrologer could be faced with a child being born with these same challenging aspects. The kinds of aspects we call “volatile” in other horoscopes.

During personal research I found out some interesting information about what happened during my Mars in Aquarius square Uranus aspect (wide). I usually conduct research on Wikipedia for news events through the years. However, Wikipedia are not always the perfect choice for history timelines and many significant events are not posted. I was born in 1979 when Mars in Aquarius was square Uranus; this revolutionary and transforming energy was around at a time when there were some major attempts at overthrowing power, which involved revolutionary armies, and extremists who kidnapped the ambassador (he was later killed in a gunfight between his kidnappers and the police). I also possess a natal Sun opposite Saturn which deals with authority, ego and critical issues of self-development. Furthermore, this explosive Mars-Uranus energy, signified a sex re-assignment surgery, and a gas explosion.

I was born the day after the total solar eclipse. On my birthday the police went on strike in New Orleans, so no law and order. I think this gives us some glimpses into the energy of a Mars-Uranus square, and its rebelliousness, need for change, and the fact that it hates to be confined, and believes strongly in freedom and the rights of the people and it’s not wholly fond of dictatorship.

On my little boy’s birthday on 14th of September, 2005, the largest world summit was held. Its representatives included many leaders and it was described as a “once in a generation opportunity to take bold decisions in the areas of development, security, human rights and reform (Pluto) of the United Nations. It was billed as the largest gathering of leaders in history. A lot of powerful (Pluto) leaders (Sun) in one place, trying to make significant changes. North Korea also agreed to stop building Nuclear (Pluto) weapons in exchange for aid and, co-operation.

Perhaps if your too lazy for research maybe finding another Laurence Kin Peek.  Laurence would stop people in the street and ask them their birth-date and report everything that happened on this day.

Neptune in Aquarius
Jupiter-Saturn: The Social Planets
Pluto's Shadow and the Black Man
Everything Must Go: Pluto in Capricorn
Neptune in Pisces: The End Times
Uranus Transits Sun: Baby Boom