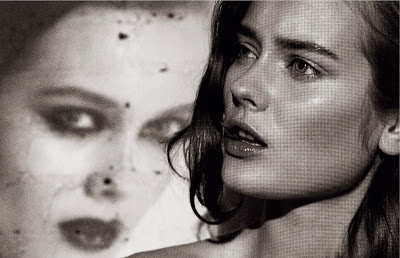 I am doubtful whether or not we can pick between a psychic’s and a Sceptic’s horoscope, but enough of this scepticism and let’s go see if we can.

One chart belongs to the head of the Sceptic society, and he is very strong in the area of communications and has authored many books, has a teaching post at a university and lectures internationally. Specialized subjects are the History of Science, Psychology (I always thought psychology was unscientific, but there you go) and maths. The Sceptic has authored books about why people believe in the supernatural, and has written books on cycling (marathon cyclist).

The goal of his society is to debunk anything they consider non-scientific. Astrology isn’t rejected, but he wants hard evidence that it actually works, and feels that astrology personality descriptions just don’t cut the mustard and are too vague and could apply to anyone. The Sceptic chases after the kind of mediums that claim to be able to talk to the dead, and ones that specifically target the pockets of grieving families.

The other chart belongs to a Psychic noted as a parapsychology researcher, and practices spiritual channelling by entering into a trance. The area of Communications is also strong in his chart; he is the author and editor of a psychic magazine. His unique abilities have touched many people, and they have reported amazing insights and forecasted changes in their lives. The Psychic has also written many books about dream work, prophecies and incredible coincidences, and has undergone vigorous testing and breakthroughs in psychic phenomena.

Take a look at the two charts posted below and when you are ready click on the show/hide button to reveal the answer.

Chart One belongs to the Sceptic Michael Shermer and he has a strong Mercury rising in his chart in the sign od the mediator. Whenever there are planets on an angle we can read any interpretation of the planet in that particular angular house, but we should amplify its meaning because fot he power it gains by being so prominent. When Mercury is rising in the horoscope it shows a powerful need to communicate and to get his ideas across to others, and others may view him as an analytical person, and with this placement there is often a pronounced need to talk or communicate.

Mercury is in Libra and he has the ability to see both sides of an issue, and he has a fair amount of social finesse. This man would make an excellent mediator, and negotiator, or a public relations person and would try to balance tow sides of any debate. Mercury in Libra is square to Mars in Capricorn and this is what I would call an “ambitious mind” and competitive, and perhaps it could involve a fair bit of arguing of his point. Both Libra and Capricorn are more cool and calculated in their critical assessment, and Mercury-Mars shows a fiery need to communicate strongly in discussions. In fact, they do make convincing speakers and have a forceful intellect.

Shermer also engages in debates on topics pertaining to pseudoscience and religion, in which he promulgates the need for scientific skepticism, expresses his views on those topics from that perspective.

Mercury likes to get others opinions (Libra) on the subject, and there is a strong need to be respected (Capricorn) in his area of expertise. There might be some conflict between Mars in Capricorn’s forceful authority and Mercury in Libra’s need to be fair and balanced

So we are left with the legacy of two types of thinking errors: Type 1 Error: believing a falsehood and Type 2 Error: rejecting a truth. … Believers in UFOs, alien abductions, ESP, and psychic phenomena have committed a Type 1 Error in thinking: they are believing a falsehood. … It’s not that these folks are ignorant or uninformed; they are intelligent but misinformed. Their thinking has gone wrong.
— Michael Shermer, Why People Believe Weird Things, 1997, 2002, Introduction

The Jupiter-Uranus conjunction in Cancer in the 10th house indicates his worldly knowledge (Jupiter) of Science (Uranus) and in Cancer revealing a familiarity on the history of the subject. He needs to make a large contribution to society and to feel he has made a difference in the world (10th house). Michael likes to nourish others growth of the intellect and has written books for children on how to understand math and Science. Pluto in the 11th house has an aversion to some groups and societies (psychic ones), but his main goal is to be involved in social change.

Chart Two belongs to Psychic Alan Vaughn; he has the Sun rising in Capricorn in the 12th house and wants to be seen as a respected individual, and he has lots of self-discipline. The Sun conjunct Jupiter aspect gives him more self-confidence and belief. With Jupiter also residing in the 12th house he often wants to benefit charitable organisations, and help others in some way.

Mercury is also in the 1st house of this chart in Capricorn, showing a serious and naturally doubting mind, and he likes to convey disciplined thinking. He would like to be an authority in his chosen subject.

Mercury is square Uranus suggests an unconventional thinker, and someone capable of making unique discoveries, and this energy speeds up his mental processes, and shows an interest in science, research, computers and new theories. Sometimes they say things that may shock others, and Often their thinking goes against normal, long-held traditional thoughts. Alan has contributed to key research and significant breakthroughs in psychic testing and controlled studies, leading to a software package, “Psychic Reward.

Mercury forms a trine to Neptune in the occult 8th house of the dead and I have seen this aspect in transit when an individual has become interested in all kind of spiritual subjects. The psychic is open and receptive to subjects which defy rational explanation, such as psychic phenomena, mental telepathy, metaphysics and they can teach these subjects to others. When Neptune is in the 8th house it could signify that he may naturally develop an interest in the supernatural, psychic phenomena, or occult subjects. Some of these individuals do report strange experiences with “ghosts”, the astral plane or death.
Mercury is opposite Pluto (natural ruler of the 8th house) showing someone who is always probing beneath the surface, and they may be interested in researching taboo subjects, human psyche, hidden, mysterious, esoteric or occult subjects. Those with this contact also have the power to convince people by sheer powerful convictions. The angular Moon in Cancer in the 7th house reveals a powerful sensitiveness and receptiveness to others, and the ability to understand the unspoken needs and feelings of others. Also Cancer is often known as a psychic sign, and this placement may indicate powerful female relationships in his life and a deep sensitivity.