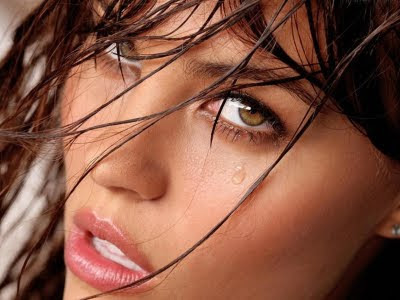 I noticed the Moon was in Pisces this morning, and I have been thinking a lot about my own Moon in Pisces square Neptune (ruler) in the 4th house (Moon’s house). I have a super powerful Moon in Pisces profile. Therefore any interpretation of Moon in Pisces might as well be written in capital letters…

WHEN YOUR THREATENED, YOU ARE LIKELY TO TRY AND LEAVE YOUR BODY. PISCES ENERGY TENDS TO DISASSOCIATE WHEN PUT UNDER PRESSURE. IN FACT, ANYTIME YOU ARE IN A SITUATION WHERE YOU FEEL THREATENED, EITHER BY STRONG BOUNDARIES OR BY SEVERE BOUNDARY VIOLATIONS, YOU’RE LIKELY TO TRY TO ESCAPE. By Kevin Burke

I have been seriously worrying about boundary violations. A Pisces Moon seeks seclusion and over-exposure to the problems of others leaves them feeling emotionally drained. Astrologers warn a Pisces Moon of being aware of the degree of openness which they leave themselves vulnerable to. Certain Moon’s (water signs and houses and/or Moon aspecting Neptune and/or Pluto) have psychic feelings, and can feel emotions deeply, and on top of this they are keenly aware of the emotions of other people around them. Sensitive Moon’s try to avoid conflict, and dread any kind of emotional confrontation, and are easily hurt or upset.

I often imagine big pools of water filling up in a Pisces Moon’s eyes when they are feeling blue. If I start crying I can’t seem to turn the water off for hours and could literally – cry a river. I find it very difficult to stop the tears flowing, but one of the notable things about sensitive people is that they are not able to shake off emotions as quickly as others. Once they are saddened or upset by something, they cannot just switch gears and forget it.

Most of us sensitive people wish we were “thicker skinned” and even generally tougher personalities may feel their “sensitivity” is a weakness. Some charts are more prone to dissociating from their sensitive natures, and some people have learned to hide it from others. Moon in Pisces or Moon-Neptune are easily hurt by criticism, and take everything to heart. Being sensitive also has its positive side, and we are keenly aware of beauty, art and music, and usually possess a high imagination, and vivid dream life.

Another thing that is associated with Pisces is hunger, and it is often described as some kind of empty and gnawing feeling inside a soul that needs to be fed constantly, and this could be a deep hunger for relationships, drugs, god, music, beauty, tranquillity, or some other source of food. One sign for the emotionally hungry is never feeling full, never feeling satisfied, fulfilled or contented with what one has on the earthly plane. It is a different kind of hunger from the greediness of the Jupiterian, and it’s more about living without boundaries, and being merged in ways that others may not understand. Disappointments, often leave us enraged, despairing and needing another round of drinks, but never feeling that it is enough to quench the thirst.

We can easily encounter “emotionally hungry” people in our family, friends or lovers. However, this becomes more about an emotional void in one’s own life, and a feeling of emptiness, separateness from an otherworldly source. For the Moon’s timely passing through Pisces we can indulge in some music and lyrics that fit this Moon perfectly… Hungry Eyes. I neatly timed this post to go out when the Moon is in Pisces at the 12th degree (Piscean degree).