September 27, 2011 by astrologyplace No Comments 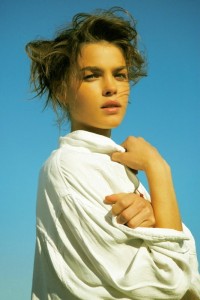 Those with Moon conjunct Mercury, Moon square Mercury or Moon Opposite Mercury suggests a connection between the mind and the unconscious part of the personality. The thinking and emotional facets of the self both combine and the mental perceptions of life, tends to be emotionally based. Whilst depending on the nature of the signs involved and element, one might expect a sensitive way of communicating and an individual that readily sympathises and understands others.

In Astrology Mercury signifies the ability to learn and communicate. The Moon represents feelings, moods, habit patterns, intuition and imagination.  The conjunction and easy aspects between these two planets enable the individual to understand how others tick, and it is helpful to understand how others think and feel. The best way to use this contact is to try and communicate something both accurately and sensitively. Innately, there is an adept ability to deliver bad news and softening what needs to be understood. Moon-Mercury may like to make others feel comfortable by communicating in a responsive, thoughtful and concerned way, responding sensitively to their needs and viewpoints. Not infrequently those with strong contacts between these planets are excellent at imparting advice and discussing feelings.

When the Moon and Mercury come together in aspect the individual may be intellectual as well as imaginative. Many are able to absorb information quite easily. The Moon retains impressions, feelings and memories and rules all of our habitual habits. Information is taken in without much conscious effort. Astrologer C.E.O Carter – The Astrological Aspects –

describes this combination (conjunction) as possessing a powerful brain and fertile imagination and it may be found in the charts of those with high intelligence. Usually, Moon and Mercury together have the ability to recall information and express what is understood. People with these aspects often find that gut feelings lead them to the right conclusion. In all ways, they absorb information hungrily and are usually well read on many subjects.

A talent in communication is often present and many are extremely helpful in public relations having a real rapport with everyday people. This is a fine aspect for writers and journalists, and for storing and handling information. Moreover, home-studying, personal reading and learning on a daily basis is an important part of life. A Moon-Mercury contact bestows great flexibility of body and mind. We often find these individuals reading or writing about subjects that stir them emotionally. Similarly, talking about the past, keeping a diary, recording personal experiences and feelings is essential. What this person says, may touch others emotionally. It is no denying, these are interesting people to be around in conversations that feed their mind. Another, significant aspect of this ability is also an innate cleverness at interpreting what is happening around them daily.

Moon-Mercury hard aspects (conjunction, Square and Opposition) usually show a life-theme around being particularly sensitive to criticism, and thus it may provoke an over emotional or over-rational response to any situation. Therefore, it may be difficult to keep the emotional responses and rational ones separate. Sometimes their emotions alter the clarity of their thinking, or they over analyse a situation at the cost of emotionally reacting. They may even over-evaluate their own emotions or perhaps those with this combination enjoy talking about how others are feeling.

The easy aspects between Moon-Mercury (sextile and trine and often the conjunction) have often been noted for its common sense especially if the earth signs are involved, and the domestic life will be well organised and systematic. All types may work from home communicating and writing, and there may be natural gifts involving speech, literacy, information and knowledge, and with an insatiable curiosity or need to know about certain subjects. This could be the aspect of the perpetual student, reflecting someone who is mentally agile and adept, quick-witted and good with languages. This is one of the best aspects for someone who enjoys writing daily. Discussing, observing and analysing is nourishment to the soul, and the person should find it fairly easy to communicate what they are feeling. The flowing aspects suggest a good head and heart rapport, so there is less tension between what the individual thinks and feels. Emotionally they are drawn to people who are intelligent and combine the art of communication with feelings. A partner who is helpful in business matters and domestic matters may be attracted and the individual may talk a lot about home and family concerns.

Sometimes with the conjunction, square and opposition it indicates problems in communication with the mother and difficulty in understanding one another, and maybe later the individual finds a partner who never really understands them, and may feel they are always being over-critical and not taking their feelings and needs into consideration. Moon-Mercury can also reveal insecurity around intelligence and ability to be understood by others, and a genuine unease and uncomfortableness with criticism, reacting rather defensively. The opinions of the Moon-Mercury person may be changeable and fluctuating, depending on their mood at the time. The hard aspects indicate that possible issues from the past dominate his or her thinking and issues can sink deep inside the mind. The emotions and intellect pull in two very different directions, and deeply ingrained emotional complexes colour and obscure their interpretation of life. Perhaps differences of opinion at home make the individual prone to nervousness and to worry excessively about family problems.

Hard aspects can represent a head vs heart clash in personal issues, and maybe one is living too much in the head and feels uncomfortable with their emotions or maybe their feelings are always hurt by what others say. Some with this aspect will find that their head will tell them to do something which isn’t in line with how they are feeling, resulting in the changeable moods and opinions on the situation. They may also feel uncomfortable explaining how they feel, and there might be too much emotional bias when expressing their opinion and they could be way too sensitive and touchy in communication, but it is only because they are looking for understanding rather than criticising.

Moon-Mercury aspects may also be prone to gossiping and talking about everyday matters, and over-talking about trivial matters. One thing is certain, they need to learn, talk, write and exchange daily what is happening to them, enabling them to understand others and themselves more intuitively. There is no reason why Moon-Mercury cannot unify be seen as intellectual and emotional.

Moon-Pluto: Life can Be a B*tch - Vent?
Cyclical depression is characteristic of Moon-Pluto. This is partly because their emotional responses are colored by a profound awareness of the transience of life, the irrevocability of endings,...
Moon-Neptune: Feelings Can be Deceiving
Question: I have Moon square Neptune. While it's true that I prefer to believe in the good side of people, I'm aware of the bad side as well. So I trust people enough, but not blindly. Any thought...
Moon-Saturn: Examples of Psychological Projection
Question: With my Moon in square to Saturn, I have insecurities, childhood shortcomings, difficult patterns that repeat. I don't know what kind of feelings my parents have for me. They did provid...
Moon Aspects - Outer Planets
Moon-Uranus An individual with the Moon in aspect to Uranus will have eccentric mood swings that can be likened to a smashed vase. Similarly, Moon-Uranus sees the nurturing figure as strange, bizarre...
The Watery Depths: Water Element/Moon-Neptune/Moon-Pluto
Question: I'm tired of being an emotional person (water planets & watery aspects), nobody has time for crybabies and moody people. I'm tired of my emotions because they ruin my days and my relatio...
Moon Sextile Pluto
An individual with the Moon sextile Pluto has easy access to the emotionally transformative energy of the personality. Such an aspect can reveal itself through a powerful resourcefulness and easy appr...