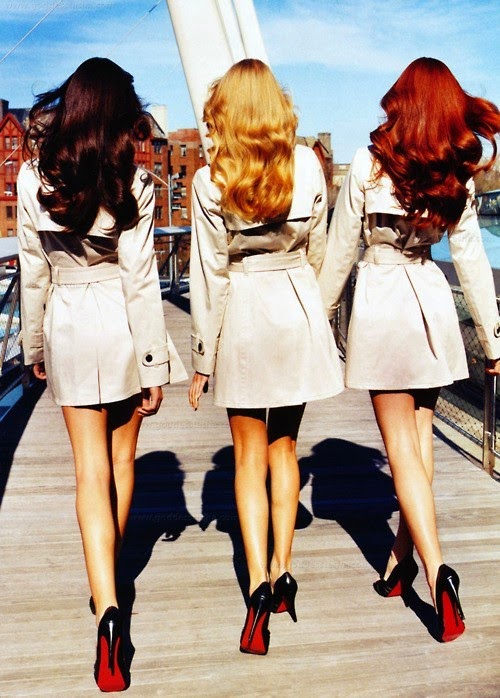 It is said that Gemini walks through life in a torn apart and detached state, trying many different paths until he/she learns to do both. Sagittarius is always afraid of missing out on something more and is resistant to meet limitations especially when there are lots of new horizons to explore. Pisces abhor the discipline and the ordinary aspects involved in work, finds mundane tasks difficult to deal with and struggles with the pull between earthly life and the heavenly one.

The reasons these particular signs are so restless is because the mind cannot rest with ease when there is a duality. An individual born under one of these signs, must somehow and in some way, find a union between both poles of their personality. According to astrologer Charles Carter, the mutable signs have in them a certain possibility of completeness that is denied the other modes.

Carol Rushman believes that mutable signs on the Ascendant/ Descendant, marry multiple times. Elizabeth Taylor had Sagittarius rising with Gemini on the seventh house cusp and the actress romped her way through 8 husbands. Sagittarius runs into marriage only to feel trapped, so this sign can be averse to long-term commitment.

“Till Death do us part’ is a phrase which resonates in his consciousness largely because of the word ‘death’, which is such a commitment may seem like to our ever questing archer….Find a once divorced Sagittarian and he’s likely to be very, very shy of getting bitten again”. Astrology for Lovers

Gemini is the eternal, youthful butterfly of the zodiac and commitment is sometimes a frightening word to this free-floating sign.

“If you’re a strongly maternal type, like Taurus and Cancer, or the gentle sensitive type like Pisces, or the intense and jealous type like Scorpio, make very sure that you have a life of your own, so that you don’t expect Gemini to carry all your emotional needs for you. He simply can’t. And maybe you’ll learn something from him or her: like how to let go and allow Gemini the air he needs so badly. Geminis become positively psychologically asthmatic when they can’t escape.” By Liz Greene, Astrology for Lovers

Pisces is believed to be the incurable romantic of the bunch, drugged up on love and constantly in search of a soul mate. Typically, a Piscean will profess fidelity, but can tragically fall for sob stories, and is the most easily seduced. One astrologer labeled the Fishes as the most unfaithful sign of the zodiac! In actuality, the other double bodied signs (Gemini and Sagittarius) have also been called out for being fickle, unreliable, and two-faced Janus’. However, with Pisces, ruled by Neptune, this usually means boundaries tend to slip now and again, so keep an eye on this slippery fishy.

“And make no mistake, the Pisces woman if she is disappointed, will not hesitate to deceive. A Pisces woman gone wrong is a vampire, playing on the fantasy life of others, and draining their strength. By Liz Greene, Astrology for Lovers

The fortunes never come one at a time for Mutable/double bodied signs and strokes of good or bad luck also come in multiples. The Mutable signs tend to be dispersed and diffused, generally, all over the place. It is often expressed in various ways. For instance, if these signs occupy the 2nd, 6th or 10th houses they may signify several occupations and if they fall across the 3rd and 9th houses the native might be interested in many subjects at once.