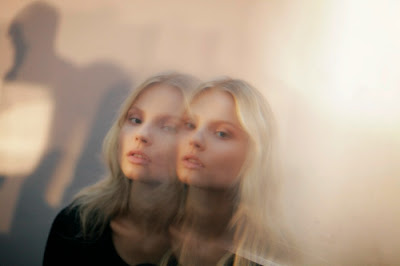 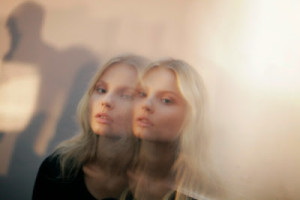 The sci-fi film Another Earth has a particularly interesting storyline, containing a provocative look at reality, and probably one which will have the mind thinking about all sorts of possibilities present in the universe.

The main plot of the movie involves another world being discovered that is just like ours, and the people on it are identical to us. Along with there being another Earth, comes the stark realization that there is another YOU out there. Although, admittedly, viewing the film is quite the slow and plodding experience with long silences, no soundtrack, and so it’s not the most entertaining piece of drama, but it is thought-provoking. In Penny Thorton’s The Forces of Destiny, it contains a discussion about some of the themes of Another Earth. It was a strange synchronism (Mercury) to pick up this work not long after viewing and falling across this information. Whilst the chapter mainly focused on reincarnation it did have this to say on the idea of “repetition in eternity.”

“As Tadd Mann puts it in the Divine Plot, Eudemus ‘identified two kinds of recurrence: one is “repetition in time” of the natural order of things such as the seasons, day and night, produced by cycles of the sun, moon, earth and the planets; the second is “repetition in eternity” in which identical things exist in a number of existences.’

I study astrology and look at the universe as having a direct connection with our lives on Earth. The old adage of “As above, so below” is something to be followed. It’s incredibly difficult to ignore the cycles and the celestial movements as they relate to human beings. Beyond doubt, we are frustratingly confronted with an unknown universe, holding all of the mysteries of life, death, and reincarnation. Astrologer Alison Chester Lambert links parallel universes to Pluto:

Because Pluto represents hidden realms we can expect quantum leaps of discovery in this area.

Some scientists believe that time travel may be possible through black holes, also linked to Pluto. Many people under a Pluto transit often feel like they been sucked into something so intense, like an abyss and there is no light. Others believe that black holes could be the getaway to an alternative universe. According to astrology, Pluto is the planet associated with the cycle of  life. It is thought that its astrological number is zero or nought. 0 has been taken as the number of forever – eternity, and it also represents the death of old, the rebirth of the new, and the space in-between. Zero has been considered to be nothing and everything. Some question whether 0 is a number or not, similar to the debate about Pluto being a planet. The mathematical essence of zero is, nothing, zip, empty, and its connection to eternity is characterized by the letter 8 laying on its side, the symbol of infinity. One of the fundamental questions is – How did it all begin – How will it all end?

It is said that 0 is practically limitless in its creations, resembling Pluto’s infinite power, and its inner nature fits perfectly with these descriptions and it can also be difficult to describe the deepest depths of this planet. Pluto rules over the dominion of dead souls and, Jeff Green, renowned evolutionary astrologer, links Pluto with the soul’s evolution and reincarnation. Perhaps when Pluto moves into Aquarius we will see and  learn more about the mysteries of our universe at large, as there will probably be a deeper look at the universe during such a movement, and perhaps we will even find another Earth.