May 8, 2013 by astrologyplace No Comments 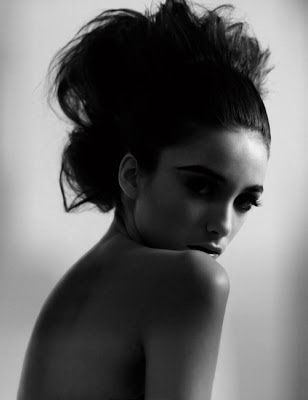 An individual with Mars trine Pluto expresses their will and power effortlessly, and it is one of the aspects in the natal chart that is able to express raw power.  Mars acts on Pluto’s evolutionary drive for healing, transformation and re-building. The individual easily expresses their desires, passions and wants and has the ability to transform those energies.

Mars trine Pluto is an intense force to be reckoned with. They bring about change, are focused and purposeful. The person is usually secretive with an irresistible aura around them that emanates sexuality, power, or passion.

They have a strong vitality, and zest for whatever motivates them. Plus, they succeed with partners through powerful sex-appeal and charisma. They possess a lot of emotional power; often enjoying relationships full of intensity, heat and desire.

They are quite comfortable with all forms of taboos, and will explore what is forbidden. The aspect in a female’s chart can reflect a male partner that is strong willed, sexual, or involved in Pluto type work. He may even be the strong and silent type. The aspect of jealousy and possessiveness in relationships can still be a problem, so learn to hold back a little and allow a partner to breathe.

The individual may be attracted to the armed forces, surgical/healing, martial arts and spiritual/sexual practices as a way to release their energy in a controlled manner. The individual needs to be passionate about something in life and understands how important it is to direct such blazing energy, emotion and intense nature into something that can be accomplished.

Mars-Pluto people possess strong leadership abilities and can be decisive with an all or nothing approach. Mars trine Pluto types are never ones to do anything by half-measures. Similar to the harder aspects there is a powerful drive, sexuality and burning fire that motivates them into action.

Mars trine Pluto is competitive in a good way, and they present plenty of courage, determination, and strength. These abilities can be seen clearly when the individual is working towards a goal. The person may excel in a physical area of sports, or be a leader in healing, psychology, or in business. They may have a talent for the occult, and will actively solve mysteries, and penetrate to the core of life for the answers they want.

In astrology Mars rules anger, aggression, lust and our animalistic responses. Pluto represents the journey into life’s darker depths and rules the parts of our personality that we try to keep a lid on.

Pluto governs the darker side of human life and rules the life and death struggle that is involved in the transformative process. Therefore, we can see why they hold such power in their hands and why they need to learn to channel it positively.

Mars-Pluto: Natal and Transit
Question: With this Pluto-Mars transit I'm hating my family right now. I wanna punch them and never turn back. I feel this violent psycho within. I lash out at anything anyone says. Any thought? Wh...
Mars-Pluto: The Big Boom
Question: With Mars and Pluto in an aspect in a chart, what do you think of a such a person? I think that the individual is dealing with a very intense aspect, and can feel the undercurrents thrust...
Mars-Saturn: The Violent Man?
Astrologers believe that Mars-Saturn contacts are more difficult when finding it in a man's chart. People worry about a  Mars aspect because anger is not a very comfortable emotion, it is al...
The Big Bang Theory
Uranus people are more prone to electrical items acting strangely. The Uranian electrical energy is interesting: Audience: Since we are on the subject of the supernatural, could complexes have an...
Mars Trine Neptune: The Bodysoul
Mars-Neptune has that mystical "spark" with an attained perfection in the way of visions, good works, and an active imagination. According to Michael Zizis, Neptune, in astrology, disperses of Mars's ...
Mars-Pluto Aspects
Those with Mars conjunct, square or opposite Pluto have an insatiable amount of drive, energy, and enormous willpower. They have an almost inexhaustible tap of strength and vitality if they choose to ...