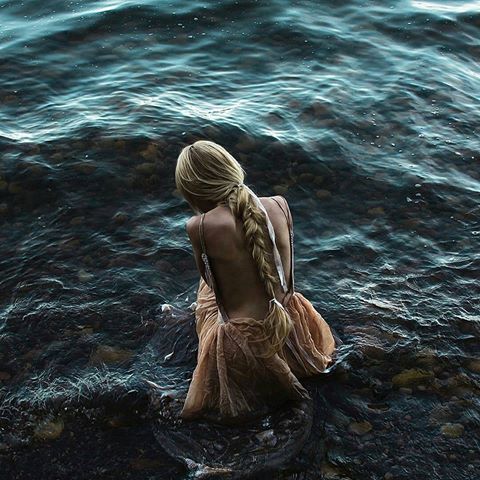 It’s no secret that Pisces has an aversion to earthly reality and is drawn beyond reason to the mystery, spirituality, imaginative stirrings, transcendent beauty, immense feelings, glamor, enchantment, and the unconscious world found in the ocean. The Piscean is often seduced by this limitless source of oceanic psychic replenishment and creativity. Some would even go as far to say that the call of the water will always be one of Pisces’ greatest struggles as, in some cases, it may lead to self-destruction, albeit passively. For escapism wholly into this realm can lead to dangerous addictions, mental illness, or other forms of avoidance behavior. According to astrologer Liz Greene, “Those in whom Pisces is strong do not have darker or lighter souls than other people; but they are more attuned than the other zodiacal signs to the deep currents of the collective psyche, for the sense of individual identity in Pisces is often blurred, and open to a more universal perception of life. The underwater world of Pisces belongs to all of us, generating not only the most appalling destructiveness but also our noblest and most exquisite creations. Those in whom the sign is emphasized are the witnesses and portrait artists of the of the depths.” The astrologer believes that Pisces must make peace with the duality of flesh and spirit. Hence, there must be a balance found, and in order to find a greater sense of harmony, the sign must understand the importance of finding a daily routine and some kind of anchor in life; they need a day job and to socialize and be with others. For if this overwhelming feeling of being out of tune with mundane reality continues there is often, as seen in many Neptune people, a tendency to suffer from allergies, oversensitive skin, asthma or increased sensitivity to the environment…A true fish out of .