March 31, 2014 by astrologyplace No Comments 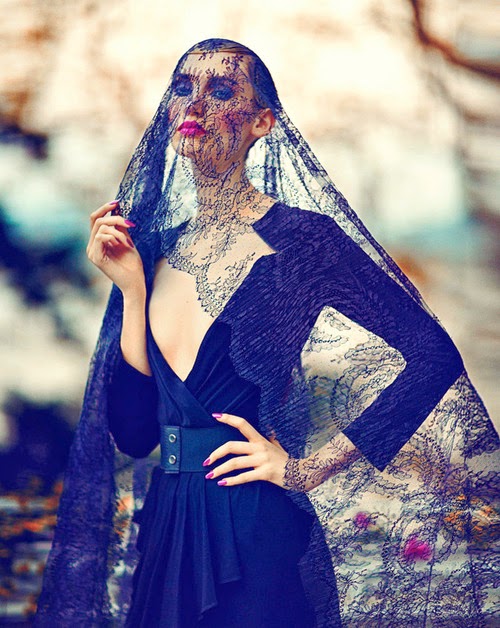 With every scientific advancement, it brings with it a discussion on its ethics. Uranus (ruler of human advancement) can sometimes cause more destruction than good, as it is associated with radical idealism, and this statement is not taking away the amazing discoveries that have improved life for millions of people. Astrologically, Uranus is connected to the mythical god Prometheus who has always had a thing for us humans. Uranus is the inventor, liberator of man, and the big believer in human potential. The planet rules originality, truth, light and wisdom, the god states: Live your life, be free, and if freedom for the individual means erasing traumatic memories so that the person can move on with their life without feeling controlled by a past trauma, then it might just be the way forward.

However, this brings up a host of ethical and moral concerns. If you had the chance would you want to be free of bad experiences, believing that they never happened, and never took place? This was a controversial issue brought up by a scientific study discussed by Michio Kaku, The Future of the Mind: The Scientific Quest to Understand, Enhance, and Empower the Mind

. Although it had more to do with the memory fading from what I could gather from one study rather than completely removing particular memories associated with a traumatic event.

Meanwhile, scientists are studying certain drugs that may erase traumatic memories that continue to haunt and disturb us. In 2009, Dutch scientists, led by Dr. Merel Kindt, announced that they had found new uses for an old drug called propranolol, which could act like a “miracle” drug to ease pain associated with traumatic memories. The drug did not induce amnesia that begins at a specific point in time, but it did make the pain more manageable-and in just three days the study claimed. The discovery caused a flurry of headlines, in light of the thousands of victims who suffer from PTSD…But is also seemed to fly in the face of brain research which shows that long-term memories are encoded not electrically, but at the level of protein molecules. Recent experiments, however, suggest that recalling memories require both the retrieval and the reassembly of the memory, so that the protein structure might actually be rearranged in the process. In other words, recalling a memory actually changes it. This may be the reason why the drug works: propranolol is known to interfere with adrenaline absorption, a key in creating the long-lasting, vivid memories that often result from traumatic events. “Propranolol sits on that nerve cell and blocks it. So adrenaline can be present, but it can’t do its job,” says Dr. James McGuagh of the University of California at Irvine. In other words, without adrenaline the memory fades.

Controlled tests done on individuals with traumatic memories showed very promising results. But the drug hit a brick wall when it came to ethics of erasing memory. Some ethicists did not dispute its effectiveness, but they frowned on the very idea of a forgetfulness drug, since memories are there for a purpose: to teach lessons of life. Even unpleasant memories, they said, serve some larger purpose. The drug got a thumbs down from the president’s Council of Bioethics. Its report concluded that “dulling our memory of terrible things [would] make us too comfortable with the world, unmoved by suffering, wrongdoing, or cruelty…Can we become numb to life’s sharpest sorrows without also becoming numb to its greatest joys?”…”Our breakups, our relationships, as painful as they are, we learn from some of those painful experiences. They make us better people.” In 2008, two independent groups, both working with animals, announced other drugs that could actually erase memories, not just manage the pain they cause…”If further work confirms these views, we can expect one day to see therapies based on memory erasure.”…Not only may the drug erase painful memories, it also “might be useful in treating depression, general anxiety, phobias, post-traumatic stress, and addictions. So far, research has been limited to animals, but human trials will begin soon…The Future of the Mind: The Scientific Quest to Understand, Enhance, and Empower the Mind

All in favor say aye.

A Pluto trauma takes something out of our control and it often makes a person feel powerless. We confront our own sense of helplessness in the wake of a tragedy. It takes us on a long, painful journey to some kind of healing and recovery if we ever make it to that point. Completely erasing memories feels against the laws of Pluto’s nature, and what if we are sent trauma as part of an important life experience. Nobody knows these answers. There are Pluto traumas in life that completely control the individual and have changed the shape of destiny. Trauma changes a person in ways that are hard to put into words. Astrologers usual answers for Pluto’s cruel acts is that it helps us to grow as a person, gaining spiritual awareness and deeper maturity, (hands up, guilty) when in fact, it may feel that the very opposite response is true. A person is depressed, angry, and life feels like their world has ended.

Many people tend to repress the memories and push them down and this may have its short-term benefits, but in the long run it works its way back to the surface, and we live a life controlled by this terrible event.  Society pressures us to sweep our grief under the carpet of normality. We may be terrified to re-experience everything and we shut out all of those emotions psychologically. We put those memories, experiences and related feelings in the basement like a monster closing the door tight, never letting it see the light of day. The monster bangs on the door demanding to be felt, screams to be let out, and its power is almost too overwhelming.

Even the people around us don’t want to talk about it, and at times they pretend like it never happened, it doesn’t exist, everything is fine. But it’s not? The monster grows bigger, louder, and there is no way one can keep it locked down there forever. Something terrible has happened, someone hurt us badly. We lost something of importance and value. Pluto can be like a thief in the night, taking something precious from us. It takes our innocence, dreams, and the future we imagined. All we know is that a part of us has been torn away. We then build this tremendous wall of self-protection, resourcefulness, and control, but it begins to take over our life and shuts everybody out.

What’s probably worse with a Pluto trauma is when others think we have made it up or are living in a fantasy world, and it’s dismissed. After watching enough talk shows over the years, especially around areas of abuse it is not hard to recognize that all a person wants is the other to acknowledge what they have done is wrong and tell the truth. Of course, there are some people that never really want to admit to the terrible things they have afflicted on another. But sometimes it helps an individual to find a sense of closure in their lives. People say life goes on, and that we should move on. We are not the same anymore. Pluto has changed us forever, and on every cellular level of our being we know this to be true. But what if all we feel is stuck, and life isn’t moving anymore, at least not for us. We might still be stuck in 1995 when tragedy struck and there is always a before and after such an event. Reality has dramatically altered.

The repression of memories is one of our greatest survival defenses and mechanisms for the protection of the psyche. There is never an easy way out or an easy answer to give when telling others how to heal Pluto wounds. What does one do with a wound or trauma? Do we perform a psychological burial, and lay some flowers down? Perhaps we shed a tear for what we have lost, and say our final goodbye? Maybe the most important part of healing a Pluto trauma is mourning. We need to let out all of the grief, sadness, anger, and bitterness, about our deep loss. Inside there is an emotional void that may never be filled again. In trauma theory, they support retrieval of the memories that have been repressed or dissociated, and the idea encourages the individual to bring up the pain, feeling it all over again allowing its release.

With a psychic wound, we don’t know how to get out of the cycle of pain, and Pluto always has us questioning the meaning of suffering and we are told that it can be transformative. However, we are left with the after effects of trauma like depression, anxiety, disassociation, and shock. Some healing approaches believe that the end-goal should be when the person realizes that the wound is a part of the self and to not allow it dominate every part of their being, it is not the entirety of who they are. Some people feel their life-script has been changed by a Pluto trauma and things will never go back to being the same again.

Undoubtedly there are probably supporters of the idea of erasing memories and some would gladly have the traumas they have witnessed permanently gone from the mind. If someone can be free of nightmares, and if they can sleep again at night, lead a normal life, it be would unfair to take that choice away. In Pluto’s realm, there are probably some things that are best forgotten…

Saturn Vs Pluto
Question: Saturn is the hardest planet? Pfft...Well, Pluto is death and transformation on your map: you have to throw out everything you don't need. Cut the Crap! On the other end of the spectrum, i...
Pluto: Death and Sex
Question: Death, sex, and Pluto, explain further what this means? Once you delve into key words to do with death and sex, one inevitably meets with Pluto. In the sexual department, it is, at its ...
Pluto's Transformation
Transformation is one of the most common keywords describing Pluto. It accompanies a complete re-haul of a person's life, image, and personality. In Relating by Liz Greene, the author refers to a Plut...
Pluto Aspects - Who are you Kidding?
According to astrologer, Liz Greene, the pretense that Sun-Pluto women will adopt to cover up another, more powerful personality is rather fascinating. Many individuals with dominant Pluto aspects...
Pluto's Discovery and Astronomical Features
As early as 1905, Percival Lowell thought there was a planet (mysterious planet x') beyond the orbit of Neptune and he continued to search for it up until his death in 1916. Pluto was eventually dis...
Pluto: Fritz Brunhubner
The book on Pluto is written by Fritz Brunhubner and has been translated to make available for English-speaking students. It is presented by the American Federation of Astrologers. Any textbook concer...