April 18, 2014 by astrologyplace No Comments 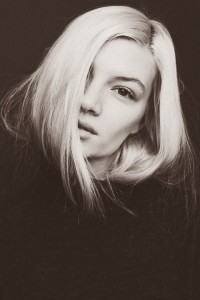 An individual with Mercury, conjunct, square or opposite Saturn is serious in thought, deeply contemplative, and pondering. An aptitude for maths, science, research, politics, education, editing, teaching, or lecturing is usually in evidence. In later years, they may become a voice of authority in some area of knowledge and this could involve any of these branches: writing, learning and communicating. As there is a steadying, grounding and realistic tone to their ideas, it tends to promote methodical thinking.

A large amount of fear is present and because it concerns the mind it can cause a paralyzing nature. The individual may be over-anxious in speech, afraid to express their ideas and feel a large sense of mental inferiority.The communication area may face blockages, and there is a mental heaviness carried around that came about due to events in their past. For those reasons, the individual with this contact is usually cautious about expressing their opinions. On the psychological level, the aspect can manifest itself towards cynicism, pessimism, and an overly bleak view of life. Carter found that afflictions between Mercury and Saturn were often common in suicides, especially if Mercury was placed in Saturn’s sign.

The aspect is sometimes present in the charts of those with slowness in picking things up. Einstein (Mercury – Saturn) often took longer to study something. The physicist, who had the conjunction, confessed that he struggled with mathematics in his youth. He said: “No matter what difficulties you may have had with mathematics, mine were greater.” Einstein was known to spend ten years or more on one thought experiment:

From the age of sixteen to twenty six, he focused on the problem of light and whether it was possible to outrace a light beam. This led to the birth of special relativity, which eventually revealed the secrets of the stars and gave us the atomic bomb. From the age of twenty six to thirty six, he focused on the theory of gravity, which eventually gave us black holes and the big-bang theory of the universe. And then from the age of thirty-six to the end of his life, he tried to find the theory of everything to unify all of physics. Clearly, the ability to spend ten or more years on a single problem showed his tenacity…The Future of the Mind: The Scientific Quest to Understand, Enhance, and Empower the Mind

Mercury-Saturn tends to study something long and hard cultivating a lot of effort; there is much that can be achieved through their thoroughness, organized application, and in-depth study. The thinking needs time to mature, for they tend to work better at their own pace and hate to be rushed. The person feels as if they are being tested or judged for their intellectual abilities and, thus, working hard to gain proof of their skills in a particular area. Ultimately, the person will never give up until a subject is fully mastered and ideas put into physical reality.

The combination is associated with stuttering, hearing problems, speech defects, and lisps. The person may have suffered negative criticism growing up, and there was a history where the individual felt that their ideas were never good enough and that they were boring and less witty than their friends. The person may sometimes speak in a factual way, and thinking may appear to be very rigid at times. The critical faculties of Mercury conjunct, square or opposite Saturn can see the flaws in everything.

Liz Greene in Saturn: A New Look at an Old Devil

calls this the aspect of the ‘underestimated intelligence’. They may have been brought up in an environment that never allowed them to speak freely or they felt unheard and misunderstood. Early conditioning may have inhibited the imagination; perhaps there were no books, or opportunities to express their ideas freely. Maybe they felt self-conscious, censored or experienced attitudes of coldness and disapproval. They may have felt pressured and this dampened the natural spontaneity of the mind. It may take years to fully realize the individual’s intelligence that is locked behind a wall of fear, anxiousness, and shyness.

The Mercurial-Saturnian prefers to think about important matters but others may think that Mercury-Saturn’s ideas are old-fashioned, unadventurous and conventional. They may be accused of narrow thinking, being closed minded, possessing harsh views, and having a somewhat conservative outlook. With Mercury-Saturn contacts, there is always the need to define; the mind is slow but deep; the person is always very careful to avoid mistakes, being systematic, precise, rational and objective in thought.

Mercury-Uranus, Mercury-Neptune, and Mercury-Pluto
MERCURY-URANUS An individual with Mercury-Uranus in aspect is a catalyst for new and thought-provoking ideas. The new could be completely left-field, and he or she might like to smash the box on a pa...
Mercury-Pluto: The 11th Most Guarded Place on Earth
Mercury-Pluto in aspect reveals a mind taken into the lower depths of the soul,  crawling into all of the mysterious subjects just to see what is underneath it all. Basically, there's not much interes...
Mercury-Mars: Super Fast Motor Skills
An individual with Mercury conjunct, square, or opposite Mars is fast in thinking, talking, or writing and will often respond very quickly. This aspect has an ability to 'think on one's feet' and can ...
Mercury-Neptune Aspects
Neptune is the desire to go beyond the self and merge with something greater. It is the urge to lose ourselves and dissolve all boundaries, to be one with all life. Neptune breaks down barriers and ca...
Mercury Sextile Uranus
An individual with Mercury sextile Uranus is blessed with possessing both the 'lower mind' and 'higher mind' in easy connection. Uranian power in the horoscope can create the urge to experiment and it...
Mercury-Jupiter: Levels of Energy - Part 2
The Good Vibrations - Mercury-Jupiter is the superstar teacher and has the desire to grow the mind. Often it is nothing less than the love of knowing things, a passion for probing. In these people...