How Does Astrology Work? 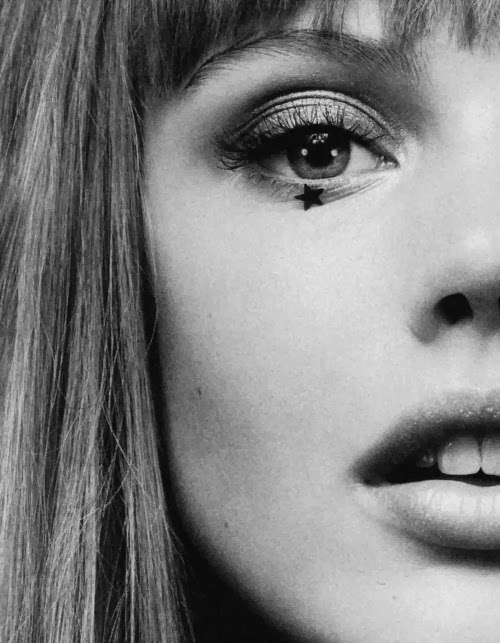 How does astrology work? It’s a difficult question to answer, especially in relation to how the planets control our physical bodies and lives on Earth. We know that astrology works, but we are not certain of the mechanisms behind it. Astrology still holds plenty of mystique that veils us from really knowing why it influences human lives. No matter how rational or even hard-headed we are in explaining it, there is no conclusive answer.

I don’t think astrology can give a concise explanation to this question, and even if we accept the Moon’s effect on us, how do the planets also each influence our sense of purpose (Sun), emotional patterns (Moon), fate and evolution (Pluto). We can’t really describe how these mythic symbols or archetypal models of the personality came into existence, or who the architect is behind it all? Even when Science has flirted with astrology briefly it has quickly been labeled a pseudo-science and the two have parted company.

Some scientists #astrology believers will stay in the closet in fear of the contemptuous and dismissive attitudes of the scientific community. While others, such as Newton are quick to defend astrology:

However, in the case of Newton, the astrological literature presents a different view and even claims that Newton was in secret an ardent student of astrology. As evidence the following anecdote is often quoted: when the astronomer Edmond Halley (1656-1742), of comet fame, once spoke depreciatively on the subject of astrology, Newton is said to have berated him with the remark: “Sir Halley, I have studied the matter, you have not!” Isaac Newton and Astrology

Although there are lots of scientists/astronomers studying things that do not exist, and probably more in the realm of physics. A reviewer of Arthur Koestler in the book The Roots of Coincidence, says:

Extra-sensory perception -telepathy, pre-cognition, clairvoyance, hypnosis – has for generations been dismissed as illusion, coincidence, spookery, fakery or near insanity. But now physics cheerfully breaks all the ‘laws of nature’ with such concepts as black holes and time flowing backwards.

According to Alice Bailey, astrology is not an exact science. It is based on an illusion of the imaginary path of the Sun through the heavens. The zodiac resting on the Great Illusion, but also stating that this subject is essentially the purest presentation of occult truth in the world at this time. In general, we are drawn to the nature of cause and effect and we are also pattern seeking creatures and seek meaning to our lives.

Below are some more theories on why astrology works by astrologers.

In itself astrology is not magical, religious, or psychic even though people who study astrology may exhibit those qualities. So your study of astrology won’t take you into magical rituals, devil worshipping or mystical understandings about the universe…One of the theories (why astrology works) suggests that the gravitational pull and magnetic forces that affect the Earth also have an effect on us. Scientists have discovered that the Moon affects the tides and that sunspots and eclipses correspond with geological tension. Expanding on these theories, it makes sense to hypothesise that animals and humans might also feel the influence of the “heavenly” bodies: the Sun, Moon, and planets. From his point of view, depending on where and when you were living, you’d experience different “cosmic” influences which would trigger biological and emotional responses in you. The planets might actually compel you to act and react. Choice Centered Astrology: The Basics

Finally, astrology also operates based on the Law of Beginnings, which states that the beginning point of a thing contains the potential that will be fulfilled during the life cycle and beyond. Astrology: Understanding the Birth Chart

My particular view is that the answer may be found one day when we have the technology to study magnetic fields and solar activity in much greater depth. The specifics of magnetism are far more complex than those of gravity. The Earth’s magnetic field is very weak when compared with gravity, but it could be supremely important. In astrology, each individual person represents his place of birth on Earth in geometric relations to our solar system at the particular time of birth. It may be dependent on conception, but we have no know method of measuring that – yet! Predictive Astrology: A Practical Guide

Though astrology is often seen as implausible because the cause behind it cannot be explained, other unseen forces know only by their results (e.g., electricity and magnetism) have long been accepted by science. If one accepts the commonly held belief that the Moon’s cycle affects the tides on Earth, it is not a huge leap to suggest that other planetary influences – undiscovered or unmeasured – are operating. Regardless, astrology’s results speak loudly to those who appreciate symbols and archetypes. Conscious Footsteps: Finding Spirit in Everyday Matters

Astrology’s roots lie in an ancient world view which perceived the universe as a single living organism, animated by divine order and intelligence. This world-view is currently finding renewed credibility through the researches of quantum physics and depth psychology, which have found new terms to define ancient truths. The precision and geometry of celestial movements seemed, to the minds of antiquity, to reflect the hidden nature and intentions of deity…The study of astrology is the study of the qualities of time. Put another way, it describes archetypal principles and the ways in which these are expressed in everyday life. Mythic Astrology

Astrology Symbols
The evolution of the astrological symbols is a fascinating read. It was published in the first edition of the magazine Astrology Considerations. I never realized the symbols went through such signifi...
100 Astrological Tidbits: Part Two
With Leo, potency in the world outside may not be that important. Obviously we have some glaring historical exceptions, such as Napoleon. On the surface, he seems to be an exception. We will look...
The Virgo-Pisces Opposition - Selfless-Service
The symbolic meaning of the opposition aspect (180 degrees)symbolizes the balancing of two opposing energies. The opposition is considered a difficult aspect in natal astrology. However, with this a...
The Angular Houses
The angular houses are those that have one of the four angles – ascendant, midheaven, immum coli or descendant on the cusp. The angular houses are houses 1, 4, 7, and 10. They correspond to the signs ...
The Cardinal Cross: The Four Marriages
The Cardinal houses in the horoscope, 1st, 4th, 7th and 10th houses, are naturally ruled by Aries, Cancer, Libra and Capricorn, and the word Cardinal is Latin for Cardo meaning that this is wher...
Taurus and Gemini: Adjacent Signs
I stumbled across this wonderful picture of a Tortoise and a butterfly and it reminded me of the stark differences between Taurus and Gemini. Adjacent signs are often markedly different from one anoth...