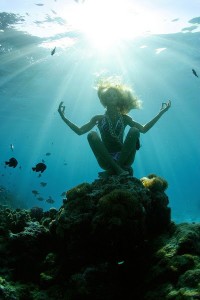 The mutable cross in astrology relates to the aspect of the mind, in fact, it’s more about ideas and beliefs, and it is these areas that we touch when we gather up all of our thoughts and communicate, discuss, philosophise, imagine and wonder. The lower hemisphere that holds Gemini and Virgo are ruled by the Mercurial signs, indicating everyday communication, the mind focused on the mundane tasks of life, the higher aspects of the mind are indicated by Sagittarius ruled by Jupiter and Pisces ruled by both Jupiter and Neptune.

Sagittarius and Pisces represent the larger view of the mind and our ability to think in meaning, symbols and attain a higher level of understanding, and a synthesizing of knowledge. The Mercurial signs, Gemini and Virgo are in the realm of the everyday consciousness, it is analytical knowledge, and this level of understanding is objective and unemotional. The Neptune mind functions at its strongest through dreaming and this is where thinking takes place, and many people can solve troubling problems through dreams, many people sleep on a problem and wake up with the answer. Those answers come disguised as symbols and the mind in this mode is the ultimate think-tank.

Although the unconscious mind is part of the thinking process, it can be difficult for some people to imagine that Pisces and the 12th house is where the mental energy of life is represented and it can be hard to envision the illogical as being part of the cross suggesting that this is an aspect of the mind. The intangible, imperceptible, elusive and vague encompass just as much of the mental life of the individual as much as anything else. In this part of nature, there is no form, organisation or tidiness in the sphere ruled by Neptune, and it works more in the nature of the rising tides and all thoughts flooding the brain, everything wades in all at once and has no filter and all sort of contents are floating around in the unconsciousness. It also contains the knowledge of the underlying unity of all things, the sign understands that there is a spiritual thread that binds us all together, we all share a mutual spiritual nature and nothing is unrelated.

The Neptune-influenced mind possesses the ability to tap into subtle dimensions. The thoughts can be incredibly visionary and the planet is thought to be plugged into the mind of all humanity. Jung called this the collective unconscious, saying that things can remain repressed in this area and believed that if the human body bears tell-tale signs of its evolutionary past, he theorized the mind to be a product of its history. Pisces is the last sign if the zodiac and represents the final stage of the water signs and the last mystery, along with greater understanding, and the introspectiveness needed to reach deep into the depths of the mind. For this ability one needs to be able to swim in a world where there are no boundaries in a realm where the ordinary, normal and ordering process of the brain is switched off.

Pisces is one slippery creature indeed when you try and define it.  The mind is mutable, watery, and impressionable, swimming around in the undercurrent of human emotions. The mind can easily wander off into fantasies the sign amplifies the areas of mysticism, sensitivity, and everything feels so much more meaningful here. Planets in Pisces in aspect to Neptune or in the 12th house act subconsciously, secretly and through emotional tones. A flood of data can usually infiltrate the mind, and the strongest aspect of their thinking is in the creation of mental images, imagination; the richly visual storytelling and poetic ability, and the otherworldly quality of the sign naturally attuning the self to the spiritual world. Famously Edgar Case had Sun, Mercury, Venus, Saturn and North Node in Pisces archetypally embodying powerful traits of the sign and he had this ability, well he was called “The Sleeping Prophet” discussing a multitude of subjects like metaphysics, astrology, philosophy and medicine and he prayed in true Piscean style to be of service to others, and was told people that he could merely rest his head on a book and be able to remember every page. 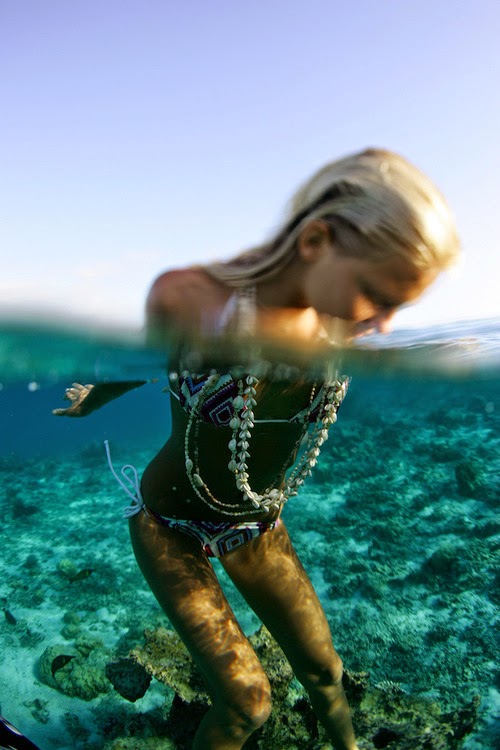 One wonders why it is part of the plan to conceal and keep hidden from us important pieces of information that are buried under levels of the unconscious. Why we must have to deeply attune to such meaning, we must lose part of our rational mind to be able to unlock its secrets it can be a similar feeling to having the name of a song on the tip of the tongue it is immensely frustrating. We are surrounded by mysteries and nature does not disclose its mysteries readily. For Neptune the relevant knowledge they seek is in the ocean of unknowns, it can represent the unravelling of the mind in order to find the unknown unknowns. Confused? This is at the heart of the sign, planet and house, but they are usually best at remembering what has been lost and possess the ability to recapture a feeling. Like dolphins the Piscean imagination leaps into the unknown worlds, glimpsing a place where we must suspend disbelief. Pisces mantra is “I believe” the inborn faith that the sign often possesses, but it is also often called the sign of delusion, but Picasso said it best when he stated,  that art is a lie that makes us realize the truth. It is a truth that all art attempts to reveal.

The Neptune’s thinking may seem jumbled up, but the mind of Pisces, 12th house and Neptune rules our off-line thinking the deep inward mysteries of life. The mind is psychic and a reveals a powerful receptivity and the mind is also deeply fragile since it is here where boundaries don’t exist. Campbell said:

For Pisces, Neptune and the 12th house the symbolic world is not simply a picture, but emotes a particular kind of emotion one finds hard to articulate, and the same reasoning is found through the medium of music and words. Yet, what stirs something in the soul of one individual moves nothing in another, so it is an incredibly subjective experience. According to Plato:

Art is a dream for awakened minds, a work of imagination withdrawn from ordinary life, dominated by the same forces that dominate the dream, and yet giving us a perspective and dimension of reality that we don’t get from any other approach to reality.

Neptune governs over our dreams, the place where the canvas is set, and the mind paints this hallucinatory masterpiece with no beginning or end, but every piece is a meaningful part of the whole theatrical production no matter how confusing and jumbled up everything may appear. The Neptune pool can be a vast ocean of shifting opinions, tides of fashion, that wash in and out. Here we can paint elaborate fantasies and use the imagination to take us to any place in any time. The 12th house mind operates most powerfully under the unconscious that is its mode of operation.

In night-shift mode, the mind tunes the world out, sinks deeper and deeper into the unconscious, and dreaming is thought to be a vital part of learning and long-term memory formation. It has been found that when we sleep the first night dream usually involves our most recent events the mind begins to process this first. However, the last dream of the night goes much further back into the unconscious and assembles memories from the way-back machine suggesting that we are in the deepest recesses of the mind, drifting further and further into this personal mental screening, losing ourselves in a cinematic world that only seats one. Though scientist are working on trying to screen dream images from the brain, but so far they are extremely blurred, so no one knows if we are ever really meant to gain such access into each other’s dreams or have the ability cross such mental spheres and to be given the key to into another’s inner landscape; it truly would be a crossing of worlds.

The Neptune aspect of the mind is teeming in the symbolic and holds supreme in the area of metaphorical imagery. In waking life, if our emotions are troubling and we are feeling confused or chaotic the dream world will pull up images of the sea representing those feelings, or we lose our shoes and fall down slippery slopes. If our emotions are particularly dark and menacing and we are feeling depressed – the mind may play mental images of ferocious dogs, venomous snakes or we could be chased by dark figures along an isolated path, it is all a powerful imagery that speaks to us directly and so the importance of the 12th house of the mind should never be viewed as completely irrational for often it holds a wisdom of information a pocket in the mind containing all the answers we need.