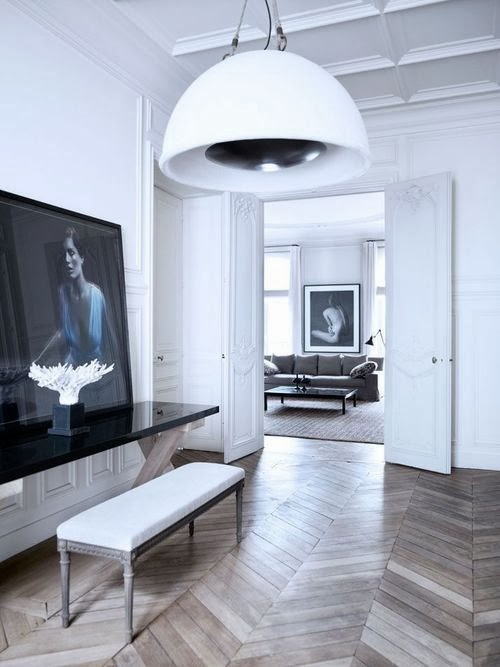 The twelfth house of isolation needs explaining as there is a good deal of negative connotations connected to this house in astrology. Many new students are left worried and confused by the interpretations of this part of the birth chart. While I personally describe this house from a modern astrological perspective, I will quickly explain the old view of this house.

In traditional astrology the twelfth house is an unfortunate house, in fact, all the cadent houses (3, 6, 9, and 12) were seen as less fortunate and weak houses. The word cadent means ‘fallen’ and any planet placed in a cadent house is weakened in power and expression. In practice, however, the twelfth house shows hidden strengths rather than perceived weaknesses.” Others may not recognize the gifts concealed here, and may not even know about their own hidden abilities. A planet in this realm behaves subconsciously, vague and unclear. Thus, with these kinds of expressions, older astrologers may have viewed them as weaknesses in the character.

While it may be true, the twelfth house is associated with sad events, sorrow, anguish, imprisonment, and persecution. It actually describes moving beyond physical boundaries and letting go of attachments, but this may also involve periods of suffering in silence, living in isolation, or thrown into a state of disorganization and chaos. Parallel on some levels, the only other house that receives similar grim interpretations is the eighth house. The eighth and twelfth houses are like two locked boxes, each containing the other’s keys. Both spheres are associated with transformation and transcendence, but the eighth house is especially affiliated with the process of metamorphosis.

The two houses maimed with the “worse afflictions” (8th and 12th)  are also the largest in meaning and reflect massive healing. Namely, the letting go of negative cycles, which is healthy, but it is still all a painful process nonetheless. The house of “death” (8th) and the house of “self-undoing” (12th) are not easy to understand. I mean, how do you go about explaining what transformation and transcendence mean to the average individual. And, the twelfth house can be both voluntary and involuntary confinement. Voluntarily this house is entered on some unconscious level when one cannot cope with the daily grind of life. In fact, the twelfth house famously houses those with psychosis and other illnesses, ruling over all mental institutions. Basically, individuals unable to adjust to daily living, and likewise. It may reflect physical illness, which is actually a time of deep reflection through suffering, helplessness, and despair. The susceptibilities in the twelfth house are the loss of the Self and coming apart at the seams. The use of drugs, alcohol, and other stimulants that are used to help individuals achieve a temporary state of bliss, often lead to the dissolution of the self.  When the physical body is weakened to begin the work of reconnecting to our inner spiritual selves, there is the possibility for a huge shifting of energy, and this opens up other realms of potential.

According to Your Secret Self: Illuminating the Mysteries of the Twelfth House

You cannot, however, shut off the rest of yourself so easily. Not only do these denied energies operate compulsively, indirectly, or through people and experiences which you attract to yourself…the more you have denied them, the more you experience them as alien forces possessing you…the Neptunian effect of the dissolution of your self image, emotional chaos, helplessness, resignation, or psychological paralysis.

Given all the negative reasons listed for ending up separated from society, there are individuals who actually choose to live in a monastery, enter into a place of recovery, or in solitude away from the hustle and bustle of the city. Twelfth house energy operates behind the scenes, hidden from public view, and it often demands a sacrifice of some kind and one that sometimes creates suffering, loneliness, and isolation. Once more, it is all paradoxical because the meaning behind the twelfth house is “oneness,” a feeling of unity with life, and that means breaking down barriers that separate us from one another. Twelfth house individuals may need isolation because they’re so sensitive to their surroundings and cannot erect strong barriers of protection. Others like the feeling of communing with an invisible entity, and it takes a great deal of faith to do this work. It is often done alone. However, there are plenty of individuals with twelfth house energy who do live very public lives but may sacrifice a large part of their own identities. There can be a deep sense of isolation and loneliness when no one understands or “sees” them for who they really are. Any planet in the twelfth house feels unknown, unseen, unheard, unnoticed, and unacknowledged. By some eery sense of recognition, individuals with planets in the twelfth house possess great sensitivity for those lost, shut off from society, and rejected. They are often found working in hospitals, institutions, and foster care. The kind of work that involves those who sacrifice their own personal lives in order to help others, and in an act of selfless service, they serve something greater.

The twelfth house represents complete integration with life. And necessary seclusion from the world helps the inner process of purification and this is silent development. It is work that needs to be done alone and “behind the scenes.” As corny as it sounds, we are never really alone in life. We have physical loneliness and material poverty, and at desperately low points have no-one in our life that we can turn to for support. We may feel isolated, stranded, separated, but in those poignant moments comes a sublimely comforting connection to an invisible source.

The twelfth house is the area of LEARNING on the EMOTIONAL and SOUL level. This learning takes place through gradual growth of awareness that accompanies loneliness and deep suffering, through selfless service, or through devotion to a higher ideal, and through freedom from ghosts of past thoughts and actions. Stephen Arroyo’s Chart Interpretation Handbook: Guidelines for Understanding the Essentials of the Birth Chart

Some individuals may feel this sense of isolation is some kind of punishment inflicted upon them. Just like how the 12th card in the Tarot deck shows The Hanged Man suspended in the air, signifying a sense of hopelessness and despair. It is perhaps the best pictorial image for the astrological twelfth house. As this sphere of the astrological birth chart also asks them to give up their defenses and journey into self-doubt, isolation, abyss, and loneliness to learn about what really supports them at a time when they feel most unsupported and to trust in what they cannot see.

“We have identified ourselves with our body, mind, and personality, imagining these objects to constitute our real ‘self,’ and we spend our entire lives trying to defend, protect, and prolong what is just an illusion. Contrary to most professional opinion, this gnawing dissatisfaction with life is not a sign of ‘mental illness,’ nor an indication of poor social adjustment, nor a character disorder. For concealed within this basic unhappiness with life and existence is the embryo of a growing intelligence, a special intelligence usually buried under he weight of social shams.” Ken Wilber