The Quirks of Being a Gemini 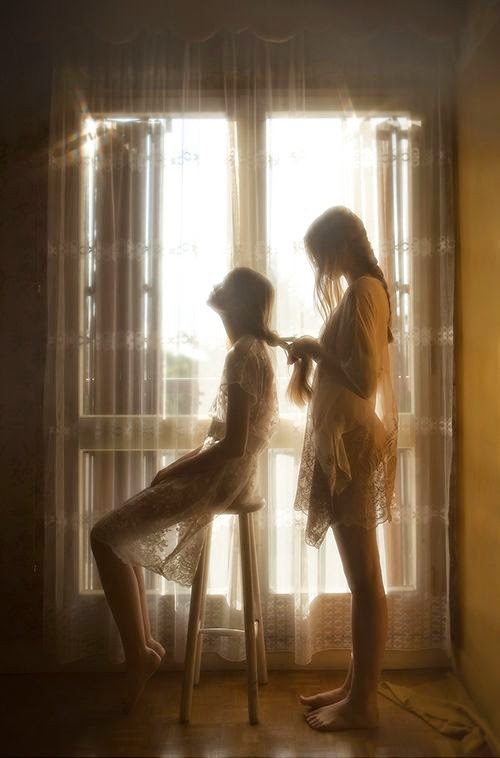 Gemini is witty, chatty, inquisitive, and is a very social creature with a strong urge to communicate. They like to talk a lot. Sometimes the individual can be involved in a bit of gossip here and there, and will probably tell you all about it. The urge for curiosity and wonder forms the roots of their intriguing mind and possesses more than a need to pry into things that don’t concern them.

The twins must discover new information and find something out; learn something not known. In fact, they love the English language: words, phrases, sayings, and the ways we speak. The Gemini is drawn to everything that is represented by the “little world,” all of those experiences of the everyday realm such as shopping, driving, and idle chit-chatting. A Gemini can’t get enough of learning and wants to learn everything as fast as possible. The type is rarely judgemental and is mentally stimulating to be around. Moreover, they are quizzable types, trivia buffs, and talk endlessly. Don’t we all first learn to talk by babbling?

Easily bored doing one thing for any length of time there is a need for variety in their life. The third sign is often happiest in motion and needs sheer mental stimulation and lots of humor, interesting things and plenty of reading/discussion to be happening. When it comes to intellectual games, the sign will run rings around their opponents, at times, they are a little hard to pin down. The person can cleverly devise a plan to get out of any sticky situation; they enjoy practical jokes and games and, generally, outwitting others. It is the Gemini that can survive by their wits alone. Gemini is a trickster, but is also the herald of important news/messages and so it’s best to not try and stop him in his tracks as he can be pretty ingenious.

Famously the sign is always in two minds about everything and sometimes it is hard for them deciding on one path in life, and many happily have a couple of things on the go. The Geminian is also quite happily having several personalities on the go. Gemini enjoys being on the go and is pretty speedy and intelligent. Gemini is elastic and hates being bored; they can become scatty and restless when the mind isn’t occupied. The moods change quickly. The Mercurial type can be a little zany and unpredictable. When totally bored or feeling pinned down, they break out in a mass of nervous energy. 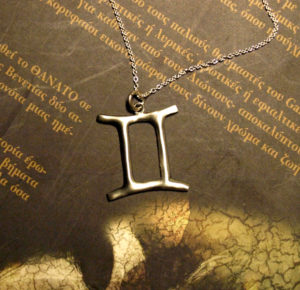 Gemini is fantastic at forming bridges between two different things. The light and mischievous sense of humor of the type thrives on the unexpected. They are quite good at little white lies and even big deceptions towards others, even to the self. The airy nature often works great in roles that place them as the middleman, making deals, sales, mediating and reporting the news; the intellectual mind found in this airy sign, is rarely judgmental and will just state the facts. In Gemini, we deal with mutable air which represents analysis, observation and collecting data.

In the Geminian myth, there were two brothers, Castor and Pollux and during a cattle-stealing adventure, Castor was killed. Zeus allowed the brothers to switch roles between the underworld and time with the gods. Psychologically, this twin is not forgotten. Gemini is not talking to himself, but to his other-self. The primary Gemini trait is having a dual personality or being two-faced or facing a crossroads at some point in their life. The ruling planet, Mercury, is the ruler of the roads.

Mercury is an ability to communicate…our intellect, intelligence, mental and nervous processes are determined by the fluidity of this communication. As communication requires the acquisition of visual and audio languages, it is essentially imitative. We communicate as we observe and hear others around communicate. Our mind interweaves masculine-feminine by the connecting bridge between the left brain hemisphere, which has a domain over logical, analytical, mathematical and verbal functions…Mercury is the guage of our breath of communication…Mercury ranges from quik wit and easy superficiality…changes of mind, perceptive insights, learning and teaching phases of life. The Divine Life: Astrology and Reincarnation