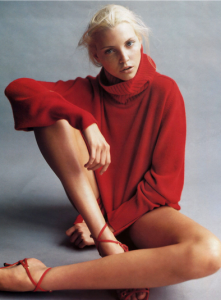 Mars in astrology symbolises the kind of energy we direct forward, it is brute strength and is all about taking action right now! It rules over the decisive, impatient, headstrong and vibrant – Aries. The root of the word decide means “slay” as to kill or destroy because other options are slayed in the process. Aries as the first sign rules over the number 1 and this is a figure that means man, or erect phallus.

The Martian impulse within us jumps starts us into action, fires our desire and gets us engaged with life. The Sun is exalted in Aries meaning that we need to be absolutely clear about what we want and who we are meant to be. Owning Mars or getting more in touch with this fiery planet also means waking up to the possibility of our own independence and everything that entails. We view Aries as the “spark of life” and it is a pure desire that gets things moving in the world, the fire in the belly that gives us a mission, the courage and strength to begin. Mars is autonomous in its style of action and it is not dependent upon others the red planet is also a leader, pioneer and trailblazer.

The sign of Mars, its house and aspects represent our weapons and tools and what type of causes we champion. Mars is most comfortable on the battlefield and is a symbol of war attracted to the heat and glory of the fight. Mars is traditionally associated with iron, which can be sharpened into knives and swords.  Too little Mars can result in an inability to assert one’s needs, too easily walked over and inability to say no. Too much Mars can lead to pushiness, excessive competitiveness and arrogance and someone who is too easily provoked. Similar to Jupiter, in the way that it takes risks without forethought, Mars can be a rash planet rushing into the fire with intensity and excitement, ready to strike first. Yet, without Mars’ impulsive nature and need to make headway we may not have seen much progress as we have made already. Mars represents daring, courage, and is a macho planet.

Mars is the symbol of the extraordinary power of ambition, wants, and the motivation we need to get what we desire. Mars can reflect the warring opposites within ourselves and represents vitality, sexuality and raw power. Mars rules over the springtime and April has been called one of the cruellest months. Mars is not always the most appealing to interpret because of its association with conflict and bloodshed, but on an inner level, it rules our aggressive instincts and we all need to learn to harness its powers and those animal urges within ourselves. Martian energy can be expressed both positively and negatively it shows our drive and assertiveness and represents fighting for the things we want, whether it’s for a woman, a job, or winning the race. It can show angry quarrels or the hunt for a love object showing how we compete and reflects our warlike nature.

“For thousands of years it was only a blood red dot among the starry host – a nameless denizen of the trackless night. Sometimes when it veered closer to the Earth and shone like a burning coal in the darkness, it must have roused terror among primitive sky watchers, only to fade away in relative obscurity and be forgotten once more. By the time the Egyptians settled their civilization along the banks of the Nile, it had become familiar enough to receive a name – Hardecher, the Red One. The Babylonians referred to it a Negral, the Star of Death, and the Greeks associated it with warfare and bloodshed -it was the Fiery One, or the war god, Ares one and the same with the Roman god Mars. The Planet Mars: A History of Observation and Discovery

The fiery inferno planet holds the largest volcano in the solar system, Olympus Mons. Mars is the planet humans believe could be our next holiday destination; they are planning a colony on the unbreathable planet around 2030. Mars is traditionally a masculine planet and its symbol represents phallic power and potency in both men and women. The planet was also called the lesser malefic, and Carter refers to this as the easiest to understand in astrology.

“Venus is an essential human planet; Mars is said to rule the animal kingdom and the passions and appetites in man. Venus rules a sign of earth and a sign of air; Mars rules Aries – fire, and Scorpio-water…Mars is individualistic and non-cooperative. It is self-assertive; and though not necessarily selfish…it is little interested in the affairs of others. Its reactions are personal.” Essays on the Foundations of Astrology

Also, in The Mars Quartet: Four Seminars on the Astrology of the Red Planet

the Martian beefcake is also referred to as being overlooked in astrology because it seems so obvious and straightforward “Mars is blatantly male, so hit-it-over-the head and drag-it-it-home obvious. It’s loud, it’s rude and rough, and not very British. Even the symbol of the planet is unmistakenly phallic, and it’s all a bit embarrassing. And yet living without Mars would be incredibly boring and dangerous, for we wouldn’t know how to defend ourselves in a life-threatening situation.”

Mars is definitely something to consider psychologically when we feel the warrior in us, at times, is lacking and the spirit is too easily defeated by the struggle to survive. Also, when we are constantly being elbowed out the way by more assertive types, and then we must learn to summon our own individual kind of Mars and take action.

My Mar is in Aquarius at the 29th degree. I have it placed in the 6th house. An unfortunate house according to traditional astrology. According to Liz Greene in the Mars Quartet…

What you want is coloured by where your Mars is… Look at your own chart and your own Mars in its sign, aspects and house. Try to understand what that particular Mars wants because that is your particular masculinity. …Although the war-god is intrinsically heroic, Mars in Aquarius is not heroic in the hands-on sense. It isn’t inclined to hurl itself into adventures of the physical kind unless there is a powerful idea behind the action…Mars in Aquarius is Promethean. Prometheus is heroic, but his heroism is idea motivated, and he is fundamentally a culture bringer. His function is to bring knowledge to human beings. He awakens their consciousness with the gift of divine fire. Then he teaches them astrology, architecture and navigation. He enlightens humanity about how the cosmic system works. Mars in Taurus present us with a totally different kind of heroism. It is more physical, and motivated by practical and sensual concerns rather than ideas. Collective stereotypes about masculinity and femininity are totally useless to us as astrologers. We can only make sense of Mars by starting with our own Mars.

The Mars Quartet: Four Seminars on the Astrology of the Red Planet