Skip to Content
Dark Mode Off / On
Home Aquarius Aquarius: The Wave of the Future 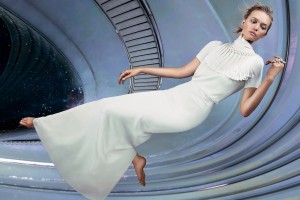 Aquarius is an intelligent observer of life, and very much like a mathematician, astronomer or astrologer at work. In the broadest possible sense, they are attracted to star watching, planetary observation and the search for intelligent life out in the Solar System. Being an intense, fixed and intellectual sign – the individual born under this energy is a devotee of the secrets of the universe seeking to pull the whole veil down. As we near the end of the zodiac and as the signs become increasingly complex and universal, we find the key to the cosmological realm is given rightfully to this sign. Being something of a wizard at reading the geometric dance of the cosmos, the invisible waves that surround us and the patterns and shapes that form our world, we see them in all sorts of vocations involving thinking about the universe at large.

Uranus rules over Aquarius and the 11th house of the chart and relates to sudden rushes of clarity, through some magnificent act of insight, intuition, inspiration, and brainwave. Without question, there is a transforming electric nature at work and witnessed through the revolutions that happen and change the world. In this light, this zodiacal constellation will never stop to amaze us, being a sign of paradoxes and amazement, although they can become abstracted from the real world. The sign is, fundamentally, represented by the power to do almost anything via the mind, and so it won’t only alter our perspective but it has the ability to pull our thinking into line with a universal scope. The view may be so compelling that we never see things quite the same way again. An Aquarian type seeks to change consciousness on a broader scale; they crave knowledge from every source and can change the way we look at the whole of nature.

Aquarius is filled with “ideas” of how the world could be improved, sometimes their head is forever in the clouds, but at their best they uplift, reform, and reconstruct. The sign of the Water-Bearer, signifies an outpouring of ideas that will blow our minds. It is from this latter factor that we find the boundless range for human potential, inspiring us to soar new heights.  Ultimately, the sign rules breakthroughs of thought, and it is in this sphere we sit on the edge of our seat waiting for new data to emerge. Aquarius will also signify action, or creation that is stunningly original as well as being universally relevant. Aquarians are  also the people that want to build all the “cool stuff” and improve the quality of human life.

As part of the airy trigon, Aquarius longs to dive into theoretical studies and are filled with idealism, quixotism, utopianism and wishful thinking. Behind all their futurism we can also observe an ethical side to the individual and the word “ethics” comes from the Greek word ethos, which means “character” or “habitual way of life.” Indeed, it is society that makes them tick, and they have a genuine compassion for human problems, and their idealistic views may take them into politics or social work. They value tolerance, cooperation and harmonious relating and care about the greater good for all.

As Dane Rudyhar wrote: “When we speak of social values and social ideals they are born out of living-together, the feeling together, the thinking together of many human beings (or groups of human beings).”  The Zodiac as The Universal Matrix (The Lost Writings of Dane Rudhyar Book 1)

. Aquarius also wants to empower the masses, and decentralize power and promote the development of all members of a community. The use of information technology has been discussed endlessly in the last year, especially concerning its use for democracy a government led by citizens and how it would massively change things, and be a completely new system. Arriving at our future destination, we never really know what it holds, but we can usually look to Aquarius to keep us all up to date with the latest developments.