Skip to Content
Dark Mode Off / On
Home Neptune Pisces: The Blurred Self 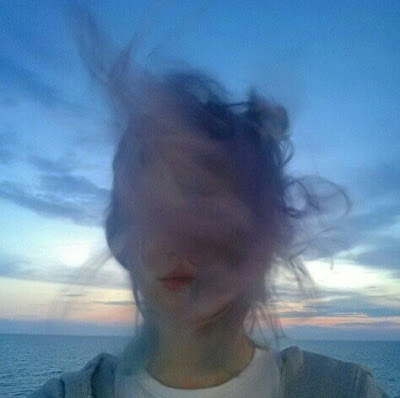 Pisces possesses a porous and weakened ego surface. Thus resulting in a blurring of the identity of self and others, and between the rational world and the unconscious. In Pisces, inhibitions are loosened allowing the soul to roam free and swim in other realms. A Piscean is extremely mystical, dreamy, and plunges into the feeling life. The expression of the personality is through a soft, receptive, fluid, and susceptible lens.

Escaping from the mundane world is usually at the root of most of their behavior. Inevitably, there is always an immense sadness that overtakes and makes Pisces bedridden in the dormitory of their soul. Moreover, there is a sleepy neglect of all the “little” things in life, such as chores, shopping, and paying bills on time.

In the Pisces realm, there are weak boundaries. Dreaming is a state where boundaries fall away. Pisces is the permanent dreamer of the zodiac, perceptually open; they have easy access to internal fantasy, possessing a heightened creativity.

It is commonly stated that psychics also have poor boundaries and have had to practice good boundaries to stop them feeling the need to save every man, woman, child, and animal. Liz Greene also called this kind of boundary slipping similar to when a person dreams or knows there will be an accident or a natural disaster – as though the boundaries have slipped between the individual’s Saturnian skin and the Neptunian waters of the collective psyche.

A Pisces must also learn to separate lines in relationships, otherwise, they will suffer from co-dependency problems. Just as lines are blurred, fusion belongs in this zodiac region and symbiotic relations are formed with everything. Ruled by Neptune, a planet of mystery and illusion, the psychic structure and boundaries are generally described as a fuzzy area. Moreover, there is this kind of merging of the individual and objects. Many astrologers say that Pisces people are psychic vacuum cleaners and “pick up” feelings from others and will instinctively know if something doesn’t feel right in the environment. If we have no boundaries we are opened up to the psychic world and also to states of madness. Yes, tests have been done on those with mental illness and there are consistent mutability and high permeability of boundaries.

♓Pisces is often allergic to real life and extremely sensitive to the environment breaking out in all kinds of skin conditions. The sign is labeled as being addicted to alcohol and drugs and while there are many Neptunian people that are alcoholics, there are many that do not need any kind of drug or alcoholic beverage to get them into the “drunk state”.  Neptune people, as a general type, can soar above and beyond and are always looking for the hidden significance of events. They have direct access to this imperceptible realm and often slip away, picking up extensive information and feeling a great sense of expansiveness. All things that get them “high” on life usually involve the mind’s flights into fancy. Pisces and Neptune people are caught up in a world of fantasy and imagination and are filled with intense sensitivities; they are often found deciphering multiple meanings behind reality.

Pisces: Lost Without a Compass

As regards to their feelings, they are highly empathetic types and can appear as non-verbal creatures. They easily become absent, losing the self in the experience and getting in tune with whatever speaks to the soul. The mundane world often gets pushed aside for this imaginable realm and they get lost without a compass.

For Pisces, art, books, love, music, dancing are all ecstatic and are spiritual intoxicants. The person is pulled towards anything which allows them to slip into the imaginative world. They are drawn to anything that lifts the spirit up. Any experience where the boundaries can be diffused and where they can enter into a different reality is always intoxicating to the Piscean kind of person. They need boundless worlds to be opened up and explored and it puts them naturally into the realm of the expanded consciousness, to literally being blissed out in a kind of consciousness that flows from one dimension to another.

C.E.O. Carter says: The advanced nature of the Fishes, to use the phrase commonly employed in such connections, is perhaps a saint or even illuminatus, a true mystic….So does the path of Beauty (appeal); the sign produces artists, and in particular painters, as well as many poets, especially mystical poets and poets of the sea….Pisces likes to assume all shapes, and to lose itself-its self —in them… Not content with outward changes the Piscean often experiments, through drugs and stimulants, to change his inner self as well. Or he may do this in day-dreams in which he sees himself play all sorts of parts in the drama of an imaginary life.