The Water element (Cancer, Scorpio and Pisces) in astrology can sometimes be deceptively hidden in meaning to understand. At the beginning of our astro-lessons, we learn about such saintly watery traits as kindness, sympathy and deep understanding. The watery types, we are told, will suffer along with us. The angelic and empathetic souls of the zodiac, will be there resolutely in our times of trouble. The sea-life babes will also enter into our world psychically and figure us out psychologically proclaiming to know all of our well kept secrets, but there are some folks that would call this a kind of psychic invasion – while others, enjoy the bonding feeling of being completely understood.

On this website I have spent a long-time writing about the watery trigon and how psychically, supernaturally and paranormally wonderful it can it all feel. In fact, one would be quick to believe that it’s all marvelous and we are all deep and meaningful underneath, but so often deeply misunderstood by others. However, when we dive further into the watery psychology we are also met with morbid feelings – death, finality, torture, and suffering. In the modern era of psychological astrology, any planets found in the water houses, and there is the danger of mental illness and some sort of tragic fate awaiting the individual. How do Cancer, Scorpio, and Pisces maintain “psychic equilibrium” as their psychic makeup can border on the emotionally psychotic, unhinged, hysterical, and emotionally overwhelming?

It’s true, these are all the stereotypical traits of water women in relationships heightened to the max. When they sulk – they have incredibly heavy moods which are associated with the menstrual cycle, “crazy time of the month” – supposedly. You know, us water women get treated like leeches, bloodsuckers, soul-eating, complaining, negative, jealous, crazy and neurotic creatures. A water babe can make any man feel as guilty as hell for neglectful behavior in any way; they possess a kind of superpower ability and can enter into the feelings of others and know all the vulnerable spots. It is all part and parcel of a wonderful psychic ability, but there is something of the Femme Fatale that comes out in the night time that scares the living daylights out of men. It’s obvious, water sign women can get sunk down into depression easily, put on the water-works, mopes and indulge in a profound sulk. How crazy is the water woman? It depends on the psychic equilibrium; anyone can act out the destructive element of their nature when they are having a breakdown, major crisis, or a bad day. A woman of feeling will be more dramatic in emotional expression as she is colored with intensity, depth, and profound emotions. The watery woman also knows how vulnerable it is to be in the world with so much emotion brimming inside, easily bruised and feeling everything more intensely. 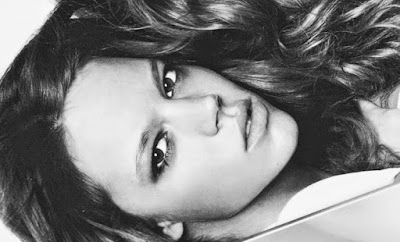 As the astrological books dictate, Cancer eats when feeling unhappy, and reacts hysterically. Our Lunar overreacts and is the neediest, clinging vine of the lot. Being in a constant pre-menstrual mood, it would seem the nostalgic woman of the trio, finds it especially hard to let go. Even her children are not allowed to leave home. Yep, it would seem a Cancerian can claw their way into any man’s life and there really is no escape. All of this, according to the watery psychopathic nature as it exists in astrological lore. Still, let’s be honest, there will always be women of this sign, expressing this inability to let go of something in life. A watery woman finds it remarkably difficult to move on from the past. Every psychotic water woman knows — smothering, suffocating and overwhelming a man with feeling is the only way to keep him close, so we must stop him from having a life that does not include us. Let’s now look at some of the more positive traits, as water is gorgeously inviting just as it is engulfing. The Cancer woman simply radiates an unconscious mastery and is the lunar lady with the moist eyes. A sublime watery soul, comfortable in the feminine realm, and instinctively knowing. A Cancerian is a ready security blanket, with immense caring; she will protect and preserve with great tenacity. Oh, and the defensive nature needs mentioning. Stephen Forrest covers this accurately in Sun Signs.

I find it entertaining that one of the most reliable ways to get a modern half-way educated human being really defensive is to suggest that that person has a defence mechanism. That often makes people really angry. The psychologists, God bless them, they’re taught to think of defence mechanisms as a psychiatric problem that we need to go into therapy for to see about having them removed, as if they were nose hairs or something like that! This is silly. Ask the crab. Sensitive creatures are vulnerable creatures and must defend themselves. And the volume of sensitivity was turned up to maximum in you at your birth…You have a shell around you that’s a really good thing. STEVEN FORREST’S SUN SIGNS 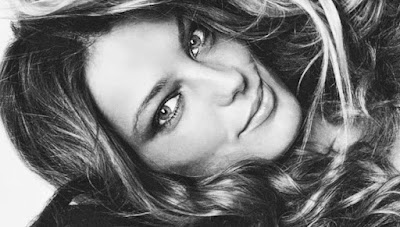 Scorpio symbolizes an emotive chain-reaction that shatters foundations. The secrets exposed, betrayals uncovered, and monsters revealed. We are in the terrain of the depths relating to instinct and passions. Here the Scorpion possesses a sinister curiosity and paranoid element to her mental make-up. Any man that dares to enter into this woman’s apocalyptic landscape and its shadowy figures will do so at his own risk. Most people think there is something about the Scorpio type which makes them unavoidably threatening to lawful society. To date the Scorpion woman, let’s be honest, you have to enjoy a provocative puzzle and probing detective work to understand her feelings. The woman is also dogged with a suspicious mind and is never truly alive unless questioning life’s depths. We find a soul who is always involved in this internal transformation and it’s often invisible and remains deeply mysterious.

Sure, the woman can cast spells and hexes on those that vex. Scorpio can get a little intoxicated by power. The woman is emotionally intense and finds it hard to be superficial about life. In this realm, there is a layer of events covering a deeper reality. In this deeper reality, one’s purpose is absolutely clear, but there is a whole of a lot of digging into the mystery of life to bring all of this to the surface. There is an enormous separation between deep reality and everyday existence. The Scorpion loves to uncover the hidden dimensions of existence and the mystery of changing from one state into another – as in death – which is another powerful hook. The invisible intelligence, operating below the surface of the world is understood. In this area, life does not express itself in random accidents, but one of intelligence that exists everywhere. Lets’ face it, the woman is drawn to FATE and this element is often found in all relationships.

The men out there need to realize that being in, on, under a Pisces is like being near the ocean and life feels better. Instead of spending their pointless time, typing into Google asking: is a Pisces woman crazy?

A Piscean  is torn between two worlds, giving an immensely romantic feel to the personality. Such an Otherworldly type holds immense appeal, and there is plenty of creative and inspiring artwork. Still, being born a Pisces also gives a sense of being in a strange world –  indifferent to logic, and not capable of exercising it.  However, being the kind to vanish a man is often found chasing this mermaid, endlessly in his dreams. The Piscean is the escapist personality, and often found in need of some form of rescuing from addictions, bad choices, and difficult situations, especially when people have trampled all over those sensitive feelings. The martyr and deeply unhappy woman are also part of this complex nature. If her artistic, psychic, and mystical senses are not being fed, then there is a sense of always searching for the unknown.

The forgetfulness of the Piscean and inability to focus on reality and the need to withdraw from life are all powerful traits found in a deceivingly, and puzzling personality. As Walter H. Sampson wrote,  “It is the river of Lethe or forgetfulness over which the departed cross their way to the further land. It is a place of shadows, strange monsters, dreams of unearthly beauty and haunting poignancy.”  Pisces is the composite of all the women molded to each taste. The chameleon lady, most adaptable and with eyes brimming as if ready to burst into tears. Admittedly, Walter’s words about Pisces did well up these Piscean eyes, but maybe I am being irrationally emotional. Nobody has captured the spirit as powerfully by describing the veiled realm of a Fishy City.

It is the dim, indefinite region, opalescently lighted, in which forms come and go, across which mists float, through veils of which nothing appears sure…It is the place of vanishing, where all things melt and merge into the universe, return to the maker. It is the beautiful, unearthly lights…colours of a bubble about to burst…the dying strains of a sympathy, the sweetness of things remembered across the abyss of time, the ravishing pathos of tragedy that is no longer tragedy, but a recollection, of suffering that is not our own, and yet becomes our own, entered and escaped at will, powerless yet compelling. It is all these and a thousand more besides; it is all that but trebly intensified. Zodiac: A Life Epitome