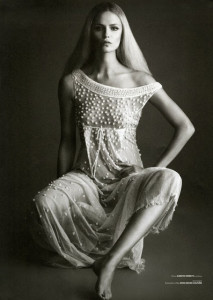 The Moon in astrology represents the innermost mystery of the soul, and it relates much to the emotional concerns of an individual. As we will see, it is also powerfully symbolic of the psychic, other-worldly and occult realm.

A large black landscape is a canvas for the Moon, along with all of her stars and trinkets. Ancient people believed she was made of special celestial material. Many of us are deeply drawn to the mystical feeling she invokes and as the primacy of the feminine, she is light and shadow and is like a giant mirror reflecting the spirits of our world.The night is home to our lunar body, where she holds a heavenly enigmatic presence, and is also insanely, beautiful, but bewildering. Observing the Moon’s phases over a monthly cycle is strange, phenomenal, and feels kind of supernatural. In many people, the lunar rhythm can bring out some moving reactions, for she is emotive, soul-stirring, over-sentimental, weepy, and greatly subjective. She is, in fact, representative of our emotional stimulus, and can transport us towards something fabulously magical and hypnotic.

The idea of the Moon affecting human behavior has always elicited a storm of controversy. Since the dawn of time, every Moon phase was viewed as essential, since it carried within its essence the changing psychic constellation of man, and it has some spooky effects.There have been some fascinating studies on the Moon’s influence, especially in regards to higher incidents of crime and violent outbursts, along with more psychiatric admissions. Such ‘Moon madness’ usually happens during the Full Moon when some people can turn ‘barking mad’ and the transformation aspect has featured prominently throughout literature. Some believe it’s the tidal habitat of human beings cyclically changing, and many debates have circled around the Moon’s ability to control the ocean and how we humans are also pulled along in our own personal sea-world. Other lunar phenomena occur such as clams opening and wolves howling, so we are all strikingly sensitive to the changing face of our satellite. 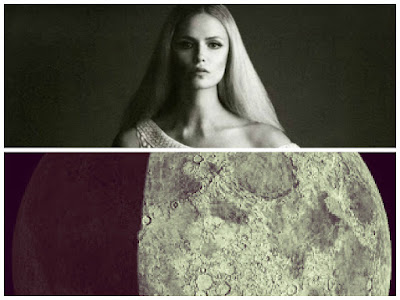 The Moon represents the personal unconsciousness, and it is where our sympathy lives; it is compassion, along with a keen instinct. It is also a representation of those experiences most familiar to us. The Moon’s sheen illuminates our EMOTIONAL world and signifies our inner-self which is touched by different things and moved by different expressions, which are all highly dependent upon the Moon’s natal sign, house, and aspects. The Moon connects us to the deep roots of inner life, and the imagination. In other words, she is the window to the soul. The Moon inspires us to live soulfully, to feed our inner-self, nourish and to realize that we sometimes need to be our own therapist attending to the spirit in a caring and nurturing manner.

Archetypally signifying the feminine, Joseph Campbell refers to our silver lady as a goddess and having an influence over the reproductive cycles of women. Still, one can envision her being more of a triple goddess governing all the cycles of growth from Virgin (New Moon), pregnant mother (Full Moon) and wild hag (Waning Moon). The Moon also fears loneliness, frets, worries, and despite all other powers, reflects the Sun’s light. However, she is a face in her own right, and the most bearable luminary, for she doesn’t hurt our eyes.The Moon is water and emotion, signifying our inner compass through dark times, but mostly she can be all rhyme and no reason. Another dimension of this planet is that it is the deepest source of inspiration and contains a strong imaginative vision; it is also highly fluid and perpetual in movement.

We may discern in the moon’s sign at birth something of the way in which an individual expresses himself when not an individual, but a creature of instinct. In other words, the moon symbolizes the instinctual or non-rational nature. It also suggests by its placement on the birth chart that sphere of life wherein the individual seeks a symbolic sleep, an unconsciousness, an escape or refuge – which is most likely to be dominated by his needs...Relating