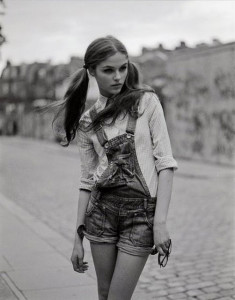 Mercury in the horoscope is like a magician, it can give the ancient back its youth. The curiosity of the youthful mind which never stops learning will always sparkle among its peers, keeping the individual – mentally alive.

The magical element of Mercury also means we will always have the ability to pull solutions to problems out of thin air, to meet with synchronous events, showing the path to our true destiny. The planet can present us with road signs, and arrows pointing the way, and this is in keeping with it being an illuminating principle and it is through him that we can become aware of the celestial plan.

The Mercurial element in astrology will always reveal things in a new light; it has also been attributed with mastery over alphabets, language names and numbers. Astrology has chosen Gemini and Virgo for Mercury’s rulership and it oversees analytical, investigative and intellectual probing. Mercury represents the impulse toward thought and communication in all human activities; it is symbolic of our mental energies transported through our thinking, speaking, reading, writing and learning. It holds power over the way we perceive the world at large, mentally filtering the basic environment and it suggests our capacity to analyse, conceptualize, and interpret.

Mercury is thought of as a kind of carrier that carries a signal typically containing information to be transmitted, and this supports the idea of Hermes/Mercury being the messenger of the gods in mythology. Uranus (higher octave of Mercury) is linked to consciousness. Mythology links Prometheus (prophetic), to the bringer of fire.  Humans receive this gift from heaven in the form of awakening, offering a greater gift to humanity, along with our ability to ‘think ahead’.

It must not be thought that the mental powers can be judged only from the planet. it is true that a well placed Mercury points to a quick brain, ready self-expression, fluency and mental agility, but it is a matter of the expression of intelligence rather than intelligence itself. Very learned persons may have Mercury by no means particularly well placed, as for example Einstein (Mercury in close conjunction with Saturn, in Saturn, in Aries, otherwise no strong aspects). Essays on the Foundations of Astrology

The Mercurial energy shows how we make friendships, and it’s the prime way we make connections. Mercury rules all forms of movement and is always constantly travelling. Imagine trying to keep the mind still – it is a difficult task. The pathways of the mind always seem to be streaming with lots of traffic, and different ideas. We often jump from one conception to the next. Plus, we are always learning something new every day. Mercury relates to all of this mental activity and corresponds to our intellectual/verbal style, mode of transportation. Some mental vehicles are fast, colourful and innovative with thoughts racing at full speed. Other mental vehicles, will deliberate and ponder over things for a lengthy time. We may meet people who think logically, sensibly and are level-headed, while others think symbolically, visually, and in depth. Some have greater articulacy while others find it incredibly hard to start a conversation.

Mercury is a powerful agent in our immediate surroundings, and it affects the tone, intensity, emotional vibrations and tempo of speech. Moreover, it influences the way we learn and approach new subjects. Most of us probably felt the influence of Mercury much more powerfully through the formative years of childhood. The planet represents early schooling and how we communicated with our siblings, first relationships and teachers. A difficult experience around communication at this early part of development can play a role today. We feel Mercury particularly in what kind of response that we feel will be aroused, and whether or not it is filled with misunderstandings. Mercury can play the role of the childish trickster, and can bamboozle us at any moment, but life would be boring without his endless desire for information.