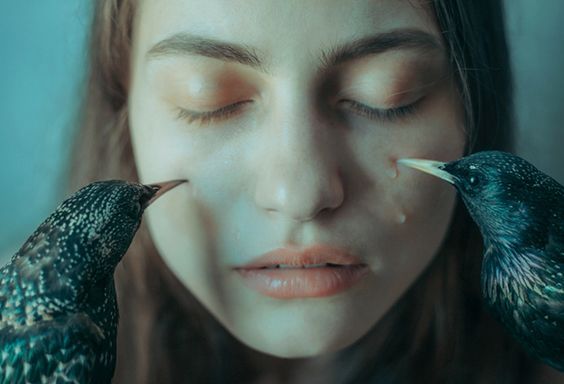 Question: Why is the Moon in Fall in Scorpio?

The sign of the Scorpio is the most “uncomfortable” place for the Moon to be placed. It is like sitting on a volcano, and there are hidden passions waiting to erupt. Furthermore, there are unconscious contents buried very deep. The wounded part of the soul is a powerful psychological force to be reckoned with. It has been called the-monster-in-the-closet Lunar position. The Scorpion is deeply intense and so there is no problem with actual feeling. The main difficulties are repressions, blockages, obsessions, compulsions, and jealousies. The toxicity of such emotions can build up and have a negative impact on the health and drive the individual to addictive behavior.

In astrology, the Moon in this sign archetypally belongs to the detective, hypnotist, psychologist, and shaman. It is never easy having Scorpio anywhere in the chart. Moreover, it is not the purpose of the sign to cease developing. The creative force inside keeps on digging through psychological layers. The individual really can’t leave anything alone once their laser-like focus, x-ray eyes, or unwavering mind is intent on finding some twisted place, usually involving a deep, dark part of their energy. The Moon in this area of the horoscope is emotional and gives access to the very deepest states of emotion, resulting in psychological insight and unerring instincts – possessing this profound need to peer into the depths of the human psyche.

A deep anxiety exists in this Lunar position and something needs to be brought to the surface and dealt with. A deep fear of powerlessness is also obvious, but the individual is inclined toward internal suppression and denial. Being highly suspicious, there is a sense that more is going on than meets the eye, and it is extremely hard for him/her to live above ground. The Moon in Scorpio grows psychologically wise, and the individual is able to handle the darker core of all human beings. The higher lunar Scorpion may easily enter the shadows and gain depth. Other individuals when confronting frightening emotions are drawn into psychotic behavior, exhausting emotional relationships, or hellish experiences.

The Scorpio Moon’s content is deep, passionate, erotic and rewarding. Meanwhile, there are those cyclically caught up in sadistic games, power struggles, and love fixations. The Scorpion’s Moon shadow is morbid introspection, brooding, heavy moods, and a swampy moss of black feelings. The self is vulnerable to damage and others can also be stung in the process. While the Moon here involves all kinds of psychological realness – it’s like opening Pandora’s box. The Moon is symbolic of our irrational side, and it unconsciously acts without much restraint. Many Lunar Scorpions have frightening outbursts of emotions, descending from the underworld of Hades – scary stuff.

The Moon in Fall in Scorpio

It is in the seas of the third of the watery signs, Scorpio, where the Moon finds some challenge and discomfort. In the first place, as the sign of the mother, the Moon wants to give and preserve life. Scorpio is the sign of death and as such the Moon feels particularly vulnerable when she is placed herein. Scorpio also speaks about the death of form and its regeneration into something greater and finer. The Moon is the mother of all forms and is very conservative and protective by nature. As such she is very reluctant to lose any of her “babies” even if there is a promise of a new and better life in the end. The Moon much prefers to hold on to what she has in hand rather than to give it up for a promise of an unknown future.  By Alan Oken