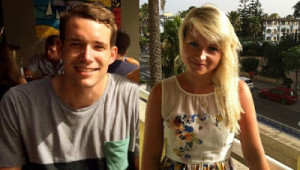 Crime charts used to be particularly interesting for me to study, mainly because the events, psychology, and everything surrounding them are extreme. I focused on this area of astrology a lot in the beginning of my learning. Lately, these charts have been coming to me rather than searching for rape and murder charts. The case of the two backpackers murdered in Thailand is something deeply disturbing on every level. The photos of the murders have been posted online and I now deeply regret viewing these pictures. People speak of brutality and violence, but this is in every sense, evil. Monsters really do exist and we live in a world with such wicked, immoral, and coldblooded people.

The young woman, Hannah Witheridge, her birth date is online. The natal chart and transits might be of interest to those wondering what kind of energy is involved. Without a birth time we have no idea about the emphasis on houses or angles, but there are still natal aspects and transits to consider. Natally, Hannah possesses a Jupiter square Pluto aspect, but I can’t be sure of its prominence in the nativity. Howard Sasportas, in particular, warned of the dangers of travelling with this contact. This is because Jupiter rules all travel abroad, other cultures, and religions. Pluto governs over death, crisis and confrontation. Here is some text referring to Jupiter-Pluto below:

Neither Jupiter nor Pluto does things by halves, and when the two planets are linked…we go to extremes – we can’t read enough, we can’t study enough, we can’t devote ourselves enough…There is an urgency, a pressing need to probe the ‘whys and wherefores ‘of existence, to find the truth and to live it…Jupiter is also associated with travel and long journeys…and travelling could entail facing danger, intrigue, risk or even a life death situation. However, rather than an actual physical death…it is more likely to manifest in our going through a psychological death and rebirth; our whole lives and way of seeing the world could be drastically changed by a journey we make. The Gods of Change: Pain, Crisis, and the Transits of Uranus, Neptune, and Pluto (Contemporary Astrology)  Jupiter-Pluto

Hannah was also experiencing her Jupiter Return along with fellow backpacker, David Miller. To travel is really a great opportunity, usually. It opens up the world and there is a wealth of experience, learning and insight to be gained.

Jupiter represents the grandeur of possibility and wonder, a journey into a distant, far off land promising hope and belief. The great big planet is a massive protective influence over our lives, and it is a social planet relating to the larger aspects of living, concerning religion, law, as well as optimism. Jupiter also shows us the big picture, leading the way to more growth and with this planet we are urged to jump in all the way into life….In essence, at the Jupiter Return the planet conjuncts itself and so it has double the impact. Transits in the natal chart, divide a human life, creating definite markers and highlighting the unfolding path of one’s destiny. The transitions throughout life mark areas of personal growth, opportunity and challenges. When we look ahead to the upcoming transits we foresee this journey and the eventual meetings with all the planets. We meet with our Jupiter Returns when we are approximately, 12, 24, 36, 48, 60, 72, 84 and 96 years of age.

My general reading of the Jupiter Return is SUPER positive on the whole, and it reads really crappy in this context (given what has happened to these two young adults). However, both were on a major journey, and it is the Jupiter-Pluto aspect – indicating a possibility of danger with travel, but it also needs reminding this will not happen to everybody.

Transiting Saturn had also been setting off the configuration with Saturn-Pluto sitting square to Jupiter at the time of this horrible rape and murder. Natally, Mars is inconjunct Pluto, and normally I don’t always pay this aspect full attention, but it has proven itself in the past to act like a major aspect, especially because we are looking at a YOD formation. This yod contains Mars-Saturn and Pluto and this is a violent, ruthless and cruel energy, along with Uranus (unpredictable) and Neptune (murky sea). All of this does make me think of it as something of a power house yod and we also have transiting Pluto touching the end of the yod. There looks to be two yods in this horoscope, but interpreting yods is not usually in my area, so I would generally leave it to astrologers with more expertise. On the whole, some astrologers believe they trigger significant events in an individual’s life. According to the outline of The Yod Book by Karen Hamaker-Zondag:

A yod is formed when two planets that are sextile also form an inconjunct to another planet. These planets are in different signs and modes and are deeply significant, for they usually symbolize patterns in families that have lasted for generations. This is what Hamaker-Zondag discovered when she started to research the inconjunct aspect as it related to a yod. Also included in this book is a complete discussion of how the energies of unaspected planets, and planets in duet (that only aspect each other) are expressed in a person’s birth chart. Hamaker-Zondag says that people with a yod are often insecure, or have trouble expressing themselves, and there is an emphasis on stalemates or unusual situations. She analyzes the background and places it in a broader perspective, including how she works with elements, modes, orbs, and other astrological factors when interpreting this aspect. All in all, this is one of the most exciting books on aspect interpretation published in recent years!

Included are great case histories: you have a chance to examine the Monica Lewinsky, Linda Tripp, Kenneth Starr, Bill Clinton scenario and see it with new eyes. And Princess Diana, Prince Charles, and Prince William are not without these family patterns. The stories are profound. These aspects work in the lives of people who change the world, people who have lived the unpopular position of stalemate, delay, and social change indicated by the presence of a yod in their natal chart, by transit, or by progression. She uses the examples of Gandhi, Vaclav Havel, Khomeini, Solzhenitsyn, Willy Brandt, C. G. Jung, Jim Jones, and others. To help you work with your own clients, Hamaker-Zondag brings in the charts of her personal clients and explains them in depth. 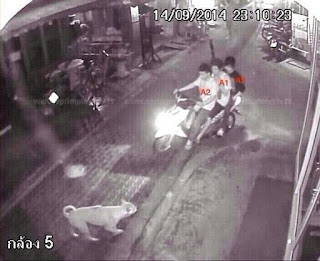 Other aspects or transits can also be considered, such as Uranus in Aries opposing Hannah’s Sun, Mercury, and Venus in Libra. For me, it gives images of unpredictable times, some exciting, wild adventures. On the negative side, there are rebellious youths, unlawful men, things taken the wrong way, and risky meetings. Plus, flashes of those three men on a motorbike in the crime photos come to mind, giving a further sense of recklessness, rage, speed, sudden and unexpected events.