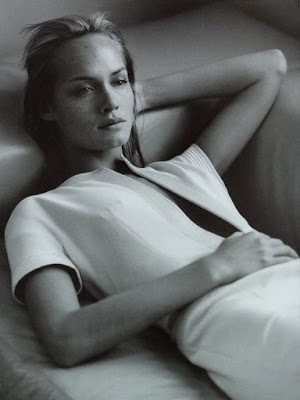 The Cardinal signs, Aries, Cancer, Libra, and Capricorn are infused with a substantial reserve of willpower, life-force and prefer to move onward in a particular way. Also, if a zodiacal chart displays a majority of planets in these houses, its energy is weighted toward cardinality. Cardinal Signs are the originators, inventors and motivators of the zodiac. They are also found at key positions on the chart wheel, specifically the Ascendant, Medium Coeli (M.C. or Midheaven), Descendant and Imum Coeli (I.C.). Each represents North, East, South and West. They are the periods when the seasons transform, Aries for spring; Cancer for summer; Libra for autumn; and Capricorn for winter. They, then, indicate times of new beginnings.

Individuals possessing a Cardinal Quality like to get things moving, they are dynamic, swift and aspiring. Many developments get started, thanks to Cardinal initiative, though a good deal of them is never completed. That’s for the reason that Cardinal people are much fonder of beginning things than finishing them. We won’t find a Cardinal person taking it easy. These people are full of punch and vigor and possess a drive and ambition that is evident. Eagerness and a passion for life – fill the Cardinal individual. Some might perceive this energy as domineering, and, at times, it can be.

The cardinal signs represent centrifugal radiating energy and correlate with the principle of action in a definite direction. Psychology, Astrology, Psychology & the Four Elements: An Energy Approach to Astrology & Its Use in the Counseling Arts

Cardinal people can easily forget about others when they are feverishly concentrating on their own activities. Even so, their energetic spirit often saves the day and wins. Cardinal folks are clever and want to win. They love to start things and whether they finish them or not, there’s always a lot going on. The Cardinal Modality is motivated by the external sphere and they are impatient to begin new projects and will naturally entice people that can support their labors. Cardinals prefer to charge right in and get the job done, and if there is no predicament there for them to take care of, they are known to create one for themselves.

An Aries’ role is to project himself upon the world through first-hand experiences. Self-expression is vital to this pioneering sign, and Aries likes to see how far he can go in discovering, revolutionizing and experimenting with the world around him. Aries is symbolic of all living creatures emerging. Birds breaking into song, butterflies taking wing, and human beings making their way downstairs for the morning coffee. We observe this great awakening, especially when the Sun’s rays (Sun is exalted in Aries) bring light and warmth. It is time to resume life after a nocturnal sleep in the previous sign of Pisces.

The Sun in Aries is the first sign to start anything; it rules all beginnings, entrepreneurial yearnings, anything where we can start something untried. This is an active, fiery and energetic sign, and they can be direct, straightforward and uncomplicated. They love to get things done and usually want results immediately. What is happening right now is the most important, and all fire signs live for the moment. Some Aries folks are bold, loud and unflinching, but there are others who are quietly brave, and feisty in their own individual way. Being individual is immensely important and nothing excites them more than a new day. My mother is an Arian and when she would quit a job, she would often to pull a Jerry Maguire, and make a loud speech before storming out, always starting over. Come on, where would we be without Aries daredevils to push us headfirst?

Cancer’s role is to purposefully explore the kingdom of human emotion. That Cancer is both Cardinal and Water stimulates this sign to discover new emotional states and experiences. As a Water sign, Cancer is the most understated of the Cardinal signs when expressing their individuality and drive, but don’t be fooled – those qualities are just as powerful within Cancer as in the other Cardinal signs, no matter how tender a Cancer seemingly appears. Astrologers often describe Cancer as temperamental, sulky and morose which can be accurate at times, but that explanation generalizes Cancers’ deep and intuitive nature and their ability to receive, initiate or even embrace change when they feel it is essential. They have a capability for kindness and consideration that is unparalleled by any other sign except fellow water sign Pisces. Cancers have a narrow emotional spectrum, concerning themselves more with immediate family, and loved ones. They generally experience an inner world that combines many changes of emotions as they move through life.

Libras are great cupids and know how to get things moving by introducing individuals to one another in relaxed social situations. This sign mixes with bags of folks and connects often, so a Libra unaccompanied is something we rarely observe on the scene. Trying to do anything without the “other half” of the unit seems futile to them. Libras do their best labor by bouncing ideas off others and working in partnerships or team situations. Their active, influential, Cardinal quality brings them in contact with popular ambitious folks like themselves, so they rapidly build a database of influential friends, associates, and contacts. Since they’re Cardinal, Libras can be bossy, but they express their ascendancy in such an amiable way that others become easy helpers to Libras goals.

Libra is ruled by Venus and the exaltation of Saturn, their outstanding characteristics are love of harmony, justice, and being sociable, but they are not fond of the rough and dirty work, so will find others more fitted to unpleasant situations. They tend to be impartial and fair-minded in their rules, they rarely need to use force to get things done and understands the importance of establishing good relationships.

Capricorn is a Cardinal sign who initiates activity with the end result in mind. Capricorn can be strict in guarding its doors, and will move along the safe route. Saturn rules this sign, also referred to as something of a devil. It is believed we should take risks with the devil, as chances are we will spend the rest of our life shackled to the devil we do know. Meaning that possibility lies in the door we have never dared open. As Emily Dickinson points out, “A wounded deer leaps the highest.” Capricorns are put to the test, and we want them to be toughened up along the way. The sign represents the ticking clock; nothing keeps focus and compels us into action (cardinal) better than an approaching deadline.

Capricorn quickly learns that they must earn everything they get, and pay for everything they lose. It’s the consequences which force the individual to take action. They are not impulsive or impetuous and their earthy nature sets goals and plans carefully. The deepest motivation is to maintain and improve their reputation. Prestige is the carrot at the end of the stick, for they love being esteemed for their effort. Anything they put their label on has to be the top they can do. Gaining nobility or reputation for its own sake will always interest Capricorn, especially if the position allows them to use their considerable management abilities.

Cardinal signs: Aries, Cancer, Libra, and Capricorn. People with a weighty emphasis in Cardinal signs are self-starters and doers. Life will bring them challenges through changing circumstances, and they must learn the proper use of power. They can be remarkable for getting things off the ground, and have no trouble getting the ball rolling.