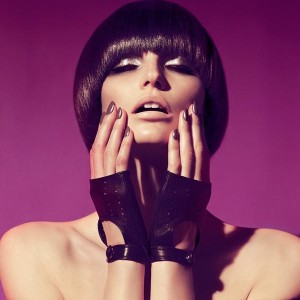 Uranus is the planet of rapid transformation, sudden understanding, freedom, insurgence, originality, autonomy, modernization, electricity, bizarreness, uniqueness, and independence. In its revolution, it is the first planet outside Saturn – the first of the outer planets (Uranus, Neptune, and Pluto), and these are the planetary bodies of cosmic awareness. The outer planets give the essential power to super-transform, and there is a magnitude of possibility. What the outer planets describe is the type of evolutionary development unfolding over the course of hundreds of years; they have cycles considerably longer than the personal and social planets (Sun, Moon, Mercury, Venus, Mars and Jupiter), representing forces that are generally beyond our control as individuals. Dane Rudyhar explains the idea handsomely. Saturn is the last planet we can see with the naked eye, rules the skin and the solar system, that which we can physically see on the material plane.

Saturn is the planet to keep us grounded, limiting us but makes sure we realize that limitations are an inevitable part of human life. If we have successfully met the demands of Saturn and have learned the lessons of the material plane, then we can travel beyond the limitations of Saturn and experience progressive interaction with Uranus. But we cannot get beyond Saturn by denying its existence. Alan Oken points out that, “Saturn is symbolic of the structure of values which lead to evolutionary growth. This Saturn is the “bridge” between the forces of universal consciousness – the extra-Saturnian planets…and the forces of material existence and the personal self.” In its revolutionary role, Uranus breaks through the established, perhaps over-crystallized structure of Saturn, reaching towards a more impersonal collective cosmic consciousness. Uranus moves beyond personal identification with the ego toward a broader universal reality.

On a personal level, people with a prominent Uranus in their birth charts feel different, perhaps alienated, non-conformist, out in the cold, a loner and can sometimes feel disassociated from everything around them – feelings that are problematic to handle psychologically. This feeling of separation is noticeably poles apart from the Saturnian sense of separation. Saturnian people feel alone because others don’t seem to share their problems, and life is crushing them on a spiritual level. However, when the realization comes that others really do have the same type of difficulties, dilemmas, and crisis, they are reassured and begin to feel a sense of personal connection with other human beings. Uranus individuals, on the other hand, are eternally convinced they are unique, different from the rest of humanity; they have this massive urge to break free from conformity and cannot stand to think they are like any authority, social group or regime.

As youngsters, Uranian folks may, for example, have a fantasy of being from another planet, feel way ahead of their time or too advanced and have a sense they are above other humans. Or, they may daydream that they are misplaced in time, a tourist from the future. They constantly feel misunderstood and this unique feeling of being “different” and living on the fringe in some way, gives them a sense of there being no single person on the face of the planet who can possibly understand their special “uniqueness.” Uranus types are not interested in fusing their individuality with other people or with blending into society or conforming to the structures of their culture. Uranus energy seeks freedom from beyond all boundaries, and will embrace this future archetype. But genuine freedom implies an equal amount of responsibility, and these strong urges can border of the self-destructive, unpredictable – even suddenly violent.

Saturn precedes Uranus and will confer genuine freedom, only after the person has accepted the responsibility. Saturn also controls our conscious behavior when ascribed to it. The psychopathic personality is an intense example of what a person is like when he (or she) does not integrate the fundamental values of society; neither do they consider the feelings of others. Their behavior is impulsive and self-gratifying, without concern for the consequences. Little or no anxiety or guilt is felt, even when serious harm is done to others. The polar opposite of responsibility is unbridled willfulness, disobedience, and rebellion. In early life (even into the 40s), this may be expressed as a malevolent or reckless drive for freedom with complete disrespect for the rights of others. The scornful side of Uranus seeks to retaliate itself in a rebellious way, all in the pretense of autonomy.

Uranus signifies the sudden reversal of ideas and circumstances, and this always happens because they are never prepared to feel limited and boxed in. People with a prominent Uranus often change their minds at the last minute and decide to do something opposite to their initial intentions, thus, gaining a reputation for being unstable, contrary and antagonistic. Uranus is reliable only in its unexpectedness, its changeability. In the most positive expression, the strongly Uranian type brings sparkle, spirit, and dynamism into the lives of those they contact. In casual social situations, they add fizzle to otherwise bland combinations. They have unusual, even brilliant perspectives about life or particular issues allow others to consider or follow a new direction. Uranus  will often seek to develop highly developed states of consciousness. They have high electrically charged auric energy, and as Alan Leo wrote:

Uranian life of the houseless or signless wanderer, whose individuality is ready to become more than self-conscious, i.e., Super-Conscious.