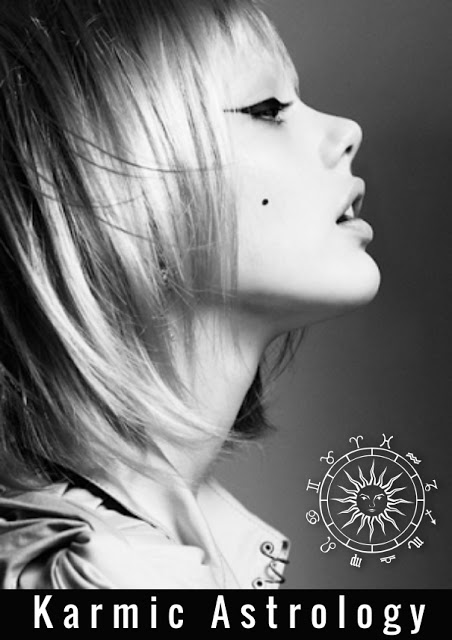 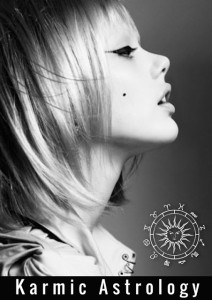 Question: What planets and aspects have to do with karma?

Jupiter and Saturn might be a good to place to begin when endeavoring to understand the light and shade of what we feel to be karmic in our life. For instance, under Jupiter transits, many of us have felt there is a sense of being rewarded, gifted from heaven and blessed. Under Saturn transits, the impression felt is one of being punished, humiliated accompanied by feelings of loneliness. However, Saturn might actually offer more long-lasting rewards over the long-haul. Still, we are not discounting Jupiterian advantages, as some people have received large payouts, and felt prosperous for Jupiter periods. Jupiter is not only material wealth, and some folks have received a spiritual prize or experienced a learning boon and it has meant their whole world expanded for the better.

Jupiter and Saturn in the horoscope are like the great banks of credit and debit. We tend to view Jupiter and Saturn as lawgivers, symbols of moral conscious, social duties; they offer a sense of justice. Both planets are universal symbols of great teachers and cosmic judges, but they are completely opposite in their approaches. Saturn is like the cycle of necessity taking us into the darkest matter. Jupiter is the eternal light, boundless and a far-reaching agent of consciousness. Jupiter and Saturn are like Spirit and Matter, holding wisdom and religious teachings.

Saturn is exalted in Libra. The keynote for karma is equilibrium and it represents this powerful and incessant need to restore balance.

The only decree of karma, an eternal and immutable decree, is absolute Harmony in the world of matter as in the world of spirit. It is not, therefore, Karma that rewards or punishes but it is we who reward and punish ourselves, according as we work with and through Nature, abiding by the laws on which that harmony depends, or breaking them. 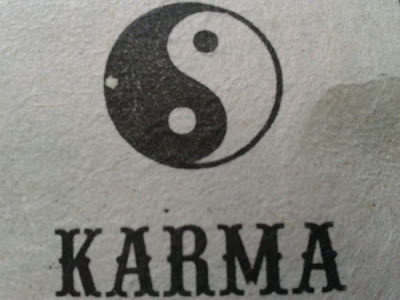 Jupiter is often seen as being the All Good deity, similar to God. Saturn, on the other hand, being the All Bad deity and equated with Satan. Of course, Jupiter isn’t all good, and Saturn isn’t all bad. Astrologer Raphael wrote, “Saturn is by universal experience the most powerful, evil and malignant of all the planets.” However, Liz Greene’s portrayal of Saturn as the Beast who is transformed offers much greater insight into the planet’s true reality, as it’s all too easy to take the surface view and believe Saturn is only frightening. The planet has been called the most beautiful object we can see in the heavens. 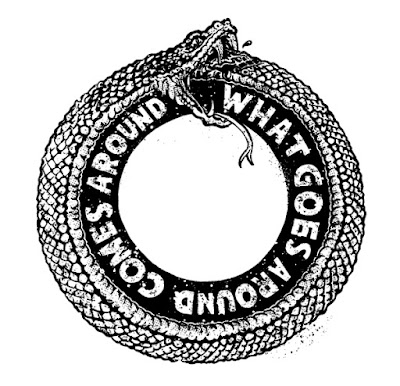 Karmic astrology is a really huge subject and there are some books out there on the subject. For instance, Howard Sasportas was in favor of approaching the chart from a karmic and past life perspective: ”

The birth chart reveals not only the individual’s journey but also the deeper roots of that journey which may spring from sources much older than an individual lifetime. The astrological signature of the conflicts, talents and relationship patterns we live out in the present but which may be built on choices and efforts from a more distant past.

If you are a devout believer in karma then you would probably believe that anything bad happening was the result of an action in the past. However, good people suffer and evil people can prosper, so there is no doubt that we all have various levels of experiencing misfortune or fortunate experiences, whether fair or unfair. There are also bigger areas that involve collective karma and even family karma. We find this in the mythical stories of the house of Atreus about how children repeat the sins of the father or are driven to atone for them. Karma either feels justly fair or never seems right. 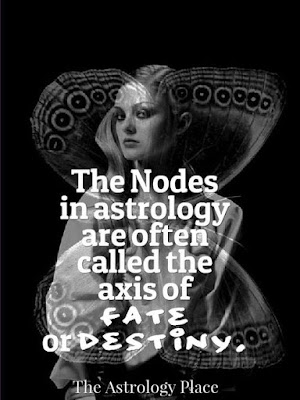 The Nodal axis is another part of the chart astrologers gravitate towards when attempting to understand destiny. Yet not all astrologers are comfortable judging anything in the chart as relating to karma. The astrology chart hints at some kind of ceaseless round of rebirth, and the universe is so immensely complex with deeper intelligence and intents that none would presume to understand it.

Other astrologers believe every aspect of the natal chart is karmic, all talents and challenges. This view was held by Dane Rudhyar:

Astrologically speaking, all this past, however it is interpreted in a psychic or spiritual sense, is seen to be condensed in the birth-chart. More accurately, the birth-chart as a whole symbolizes what part of this immense past is condensed as the karma of the newborn human being — thus what has conditioned the new birth. No particular factor — planet, node, or house — can be especially related to the karma of the person. The entire chart — and in concrete terms, the family and environment (physical, mental, and social) of the newborn — represents his or her karma. This karma can be repolarized and transmuted into dharma, and the function of transpersonal astrology is to help individuals who not only consider such a repolarization possible, but are sincerely willing and seemingly ready (or at least very eager) to take some definite steps along this path of radical transformation.

Further, others point to Pluto for the soul’s evolutionary journey and the nodal axis as referring to past lives and what new modes of thought and new activities the individual must move towards. Meaning that Pluto focuses on what the soul desires. To keep all of this karmic astrology in perspective, Glen Perry’s A Critical Review of  Reincarnational Astrology approaches the subject impressively, outlining his belief in karma but also concerns about its ethical applications. It is really well researched, and the whole area of evolutionary astrology inevitably dredges up a whole host of concerns.