Question: Why do some transits have more impact than others for particular people? 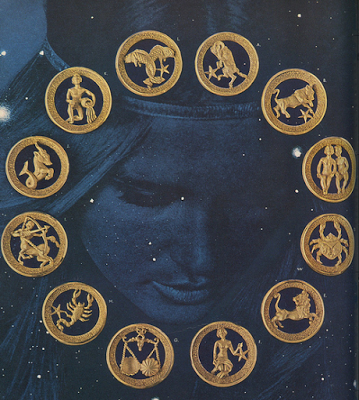 The way transits are felt for various folks is something commonly analyzed by astrologers. Individually, we often build ourselves up in anticipation over a “big” transit heading our way, and wait for the proverbial earthquake to hit in our personal life; it finally arrives, and nothing.

One of the common reasons astrologers use as an explanation for this happening is that we could be somewhat immune to a particular planet, especially if we have this figure heavily accentuated in our horoscope. However, not everybody has to buy this explanation, and perhaps sometimes it can just take a while to really notice the astrological significance of an event – meaning it is only until some time afterward when we really understand and process the power a planetary force had in our life.

Quite often, we assimilate transiting planets, months and even years later. Liz Greene’s book on The Horoscope in Manifestation explains transits on a whole new level. In my life, it was the transiting planets which really ‘set in stone’ my belief in astrology. The moving planets were mostly used as a final evidence that astrology really worked. The way in which all of my ups and downs in life lined up with the planetary transits is something which could not be easily brushed off as just a coincidence. It was astonishing making connections between life-events and planetary movements in the heavens. Still, I have often questioned why transits are super tough for one individual – while another soul’s life remains relatively the same.

Many books on free-will offer the consciousness argument in regards to fate and choice in life. Whether or not we are marionettes to the stars is an ongoing debate, but no one can deny that psychology involves raising consciousness and clearing difficult psychic energy. We can lift years of weight off our shoulders by working therapeutically with our feelings. Thus, perhaps areas felt to be more challenging are pointing towards something we really must work through for further evolvement. While I still believe that we feel all transits to some degree, as this is the nature of astrology, the signs seem to be saying that we might be able to alter their expression significantly in the future.

Over the years I have to believe that a great deal of what we assume to be fated, in terms of transits and progressions, is not fate at all – it is our unconscious complexes at work…we unwittingly contribute to, create, or are drawn to situations which enact internal issues – either because we have been avoiding these issues in the past, or because they are simply ripe and the kairos, the right moment, has arrived…thus there are many factors involved other than individual consciousness which determine how transits and progressions are going to be expressed. Nevertheless, a great deal of what we assume to be predictable may not be predictable at all, once individual consciousness has begun to expand the levels at which we experience reality. For this reason I believe we need to try to live as though we do have the freedom to work with our transits and progressions on a psychological level. We may then have room to transform or alter future events, or deal more creatively with anything that is our creation due to the workings of unconscious complexes. ..If we can learn to work with the planetary movements with more insight and less of a literal “Uranus is going over what not and therefore such-and-such will happen” approach, we might discover what Pico della Mirandola meant when he said that human beings are co-creators with god. The Horoscope in Manifestation

End note: I researched Pluto transits once. Under Pluto to Sun a father watched his son battle self-destruction and agonized over his leg being amputated. The son died and he had to bury his child. While an actor, under the same transit,  played Hamlet – an emotionally demanding and exhausting role. Is this truly Fair? No. In truth, astrologers never know the exact details of any fate. We do not know the level of intensity a transit will be felt or the enormity of the events that might accompany such a period.