September 1, 2015 by astrologyplace No Comments 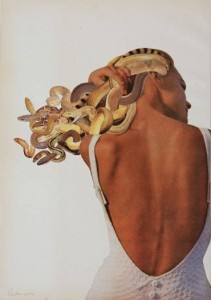 The Sun square Pluto in aspect can make a life feel fated. It could represent various points throughout life when the individual decides to transform their behavior or make a lifestyle change. Think of this planetary pairing as one of personal development, gaining self-knowledge, and a process of deep psychological cleansing. It might be a lifetime filled with tremendous passion, and they may encounter something, altering their perceptions of the world. There is a concentrated energy and this can be driven into something valuable, use this strength to accomplish great feats.

The Greek meaning of Pluto relates to “wealth” and “riches” under the surface of the earth. When astrologers describe Pluto as dark, this is not to say an individual will be plunged into a period of blackness with no way out, as underneath there is always much value to be attained. It could represent a person who is great at research, digging through the dirt and finding something completely profound. The people and experiences around will make them peer or delve beneath the surface, realizing that they must never take anything at face value. The individual might regenerate something that was discarded; see the value and worth in something previously unseen. Underlying or previously hidden aspects of a situation come to light, so be ready for secret illuminations.The Sun-Pluto type can be drawn to books about psychology, evolution, or murder mysteries.

Sun-Pluto can represent a life filled with power struggles, and so they are more prone to spinning out-of- control. It may make them feel somewhat manipulated, and there could be themes of abuse. Perhaps something significant happened around their father, husband or son. This individual may like to watch films packed with Plutonian themes, taking them right down into Pluto’s underground layer. Such movies will bear Hades signature and have to do with power, bullying, persecution, damage, and torture, generally circling a feeling of powerlessness but also resurrection. The viewing experience could involve a rags to riches story and it touches the heart and stirs the soul, just thinking about the ability to transform. It will all feel magical, energetically, transformational and will create some wound healing.

The Sun square Pluto individual could be filled with paranoia, suspicions, and general creepy crawlies. At times, throughout life, some women with this contact experience an episode of stalking, and it has made them feel terrorized, on edge, unsafe. Perhaps their boyfriend or a male figure is kind of intense, displaying disturbing behavior and they might find him incredibly dark and sexy or avoid him like a noxious poison. Some of his moods really fill the air with some toxic stuff. Maybe it’s their boss who is power-hungry, or perhaps they are the one a power trip. Someone is wielding the power over someone weaker. The misuse of personal power, dominating or manipulating others, and the subtle ways they try to control situations or other people are matters of concern.

With Sun-Pluto, the monster in them comes out, or they find themselves dealing with the demanding, shady, cruel side in other people. Also, the type is often forced to confront and deal with something which is no longer working – from old, outworn possessions to an unhealthy relationship or a deeply ingrained, self-defeating attitude. Sun-Pluto may become more consciously aware of the cycle of life and death, and it will have them thinking about the way everybody is born, evolves, dies and is born again. With the Sun in square to Pluto, the individual may feel the need to become more empowered in some area of life and find power deep inside themselves.

Sun-Saturn: The Soul Crusher
An individual with the Sun conjunct, square or opposite Saturn is highly vulnerable to collective feeling and is also concerned with how they are viewed in the eyes of teachers, authority and peers ...
Sun-Saturn: The Limits of a Mortal Life
The life themes for Sun-Saturn often revolve around key issues to do with human failure and imperfection. Life certainly feels its limits, its full capacity tested and the world is experienced as labo...
Interview Style: Karen Hamaker-Zondag: Sun-Saturn
Karen Hamaker-Zondag: With this aspect, even as a child the native is painfully self-aware and vulnerable. Just as the keynote for Jupiter is optimism, so pessimism is the keynote for Saturn aspect. I...
Sun Trine Moon
Those with Sun trine Moon have a harmonious balance between their self-expression and emotional responses. Usually, there are natural talents and gifts within the element of the trine. When the Sun an...
Sun-Saturn: Prove Yourself to Yourself
Question: The Saturn in hard aspect to the Sun is about feeling like you have to "prove yourself" or establish yourself in some way. Is this true? The true Saturnian usually believes that noth...
Sun-Uranus: Respect for the Rebels
Those with Sun-Uranus in aspect may go overboard in their need to show just how different their ideas or opinions are from their parents, friends, or society in general. Unhealthy or serious rebellion...