Venus-Neptune in Aspect: Love Made Me Blind

October 9, 2015 by astrologyplace No Comments 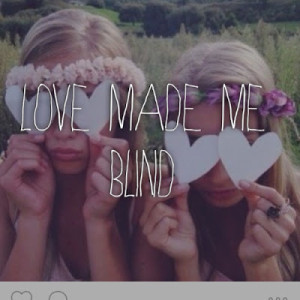 Venus in aspect to Neptune has got to top the list for being the most romantic aspect of all time. However, it’s known to cause intoxication in love, and this sometimes means that whenever something piques their interest romantically the love nature can turn love-drunk and the person really doesn’t perceive flaws in a romantic rendezvous.

Venus-Neptune people are bringing together love with the spiritual, love with the divine, love with the mystic, poet and dreamer. In doing so, it is all too easy to fall under otherworldly domains when love is involved. For these people, whether they choose to indulge in reading romantic books, listening all day long to love songs, imaging the perfect love, there is always a touch of the renewed spirit when romantic feelings are high.

Another factor for Venis in aspect to Neptune is that they are sometimes pained in love by some act of celibacy or high morality of vow-making and it can be difficult to ground the relationship. Perhaps it is the distance of a lover that makes the heart weep in sorrow, deeply longing to be near their soulmate.

I have met people, particularly those with Venus-Neptune aspects, who still pursue such a sacrificial love, although they usually do not do it because of a mystical-artistic philosophy. They do it because they cannot help themselves; they are in the grip of a compulsion. They find themselves desperately longing for someone who is unobtainable in some way or another (married, a member of the priesthood, living four thousand miles away, or just emotionally uninterested or incapable of commitment. By Liz Greene

Sometimes in love the individual lives the fantasy when involved romantically with someone. The person is a soul gazing type and sees the light in others and the essence of the spiritual, it goes deeper than the flesh and manages to ascend great heights of ecstasy and it can be hard coming down from such an elevated feeling. Neptune sees the music, painting and mystical vision of life with its ineffable beauty and the depths of a human soul. Often, however, in Neptune’s realm things are always blurred, softened in expression, and it can create something of a muddle.

A magic spell is cast over the love life and it blinds the person until the spell is broken. Usually, for the veil to fall away there has to be some major flaw revealed, and such an illusion often falls away if it is found a partner is toxic, unstable or emotionally untruthful. Love can certainly be true and the fairytale can really manifest with Venus in aspect to Neptune, not everything is one big hallucination, apparition or deception. For these folks love is kind of like the magical kingdom at the bottom of the sea, buried beneath the waves it is filled to the brim with a romantic feeling that is deep, wide, endless, beautiful and secretive like the ocean.

Venus in aspect to Neptune can also relate to sacrifices in love or choosing partners struggling with compulsions such as alcoholism or drug addiction. Equally, the love-life is compassionate  through a need to heal another’s pain and take away the despair of others. Love often exists with this giant movie screen and possesses a certain theatricality as romance is imbued with imagination.

Love can make Venus-Neptune blind when expectations are too high, but it can also move across borders, and make the individual aware of their deepest subconscious ideals and gives them a taste of “Heaven on Earth.”

Venus-Saturn: Winter Takes its Dreary Place
The song Love Strikes by Katherine McPhee poetically runs alongside Venus-Saturn's classical interpretations. The denial of affection. Feeling unloved. The years it takes to learn the golden essence o...
Venus-Pluto Natal/Synastry: Big Sexy Explosions with Lots of Fire and Shrapnel and Stuff
Question: Is Venus- Pluto about the explosion, deep transformation, and rebirth. Another post of Venus-Pluto? Is this really necessary, considering the abundance of material available? I believe it...
Venus- Uranus: Kissed into Consciousness
Question: When loving, seductive Venus is matched with spontaneous, free-spirited Uranus there's drama, passion, and wildness afoot. Understanding this powerful combination can smooth the path to last...
Venus-Uranus Aspects: Love in Strange Places
Let's get something straight, not everyone with Venus-Uranus in aspect is wired, weird, or promiscuous (the need to experiment - wink, wink, nudge, nudge). This Venus has a strange beauty, like soemth...
Venus-Neptune: Drunken Heart
Old Venus-Neptune has acquired a reputation over the years as being disastrously, helplessly, hopelessly incapable of seeing when something is wrong in a lover. Everyone has a blind spot but with Venu...
Venus-Uranus: Love at First Sight
Aspects between Venus and Uranus describe a need for freedom in a relationship. You can detach when space is needed. There is also the search for variety and new experience, and the love life may have...