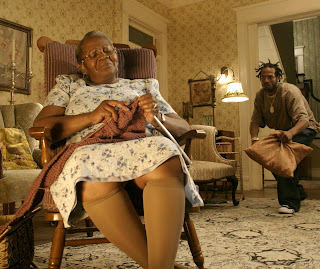 Irma P Hall is an actress most famous for playing matriarchal figures, embodying the main female, head of the household. The definition being a maternal woman who rules the family, clan or tribe. It can also mean a highly esteemed female who is central to the bosom of the hub. Perhaps even someone with the possession of a kindred spirit especially when talking about one’s own brood, there is often talk of a blood line, descent and lineage in this realm. The star has landed roles such as Big Mama Joseph in Soul Food and also starred in motherly roles in A Family Thing and Lady Killers. In Irma’s horoscope, there is some stereotyping occurring for the Moon is in its own sign of Cancer (strong placement) accompanied by Mercury, Venus, and Pluto in the constellation of the crab. Also, in the fourth house, the natural sphere of this celestial body – resides Jupiter, the largest planet of the solar system.

The title of a Liz Greene seminar on the Moon is called Mothers and Matriarchy with the author illustrating how family life has its cycles like the Moon referring to the lunar body as essentially female, organic, reflecting the process of conception, pregnancy, birth, puberty, maturation, ageing and dying. Describing how matriarchal consciousness gives importance to family and tribe, justifying the suppression or destruction of individual expression if the security of the group is threatened. Most definitely the Moon is always a family affair and we are filled with the nucleus of the family. Family can go much further back and science is finding ways to dig out biological clues by rummaging through our DNA as if we were a trunk in the attic. However, the lunar realm is always concerned with our closest relatives. Some people love to wax sentimentally about family possessing a tinge of nostalgia for the past. Whatever our feelings about this abode everybody needs a home as it is the respite from life’s buffeting, a sanctuary in a conflicted and intimidating world. 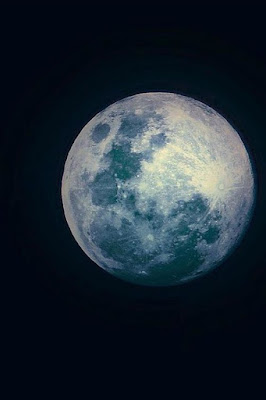 I have not seen this movie With Irma, above in the picture, but it looks like the man is trying to snuff Mama out with a pillow. Maybe this best illustrates Liz Greene’s’ thoughts on a chart with a powerful Moon.

“Many women are angered at having projected on them by men the darker lunar qualities of manipulativeness, treacherousness, unreliability, moodiness and emotional voracity. I have heard numerous men complain about how difficult it is to work with or discuss things objectively with women, because reasonableness and cooperation fly out of the window in the face of personal feelings. But these qualities will often be very pronounced in any person, male or female, where the Moon dominates the horoscope. You can begin to see what an extreme lunar consciousness is all about, which is why the lunar deities were seen not only as nourishers and child protectors, but also as child swallowers and castrators.” By Liz Greene The Luminaries

Pluto in Cancer can be intense emotional interaction and people born during such a time are impacted powerfully as it is also marked by several generations living under the same roof. The depression years manifested by a need for survival, drastic upheavals, economic collapse and a rallying to protect and defend our country against threat. According to Myth, society was centred around women, with their mysterious life-giving powers and they were honored as priestesses of the great Goddess.

The Evolved Cancer: Gift From the Sea

Cancer: The Most Vulnerable