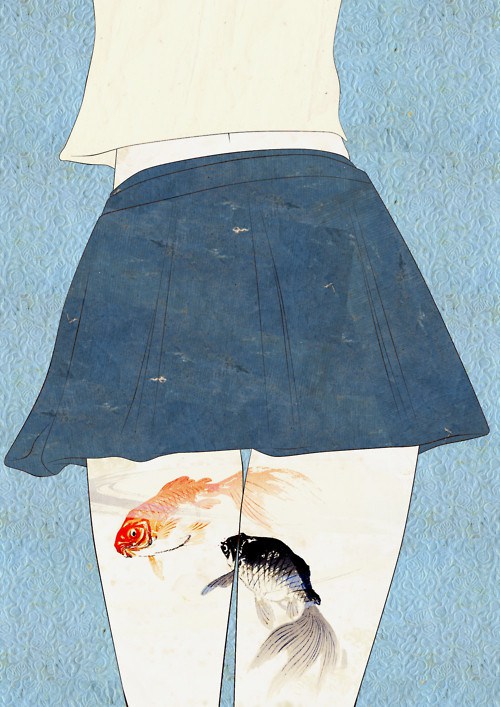 Question: With Pisces’ tendency towards alcohol, drugs and other forms of escapism is the person fated to simply being wasted?

The sweep of possibilities living within the zodiacal region of Pisces is much LARGER than the standard images of the sign portrayed by two fish swimming in opposite directions. Usually, astrologers are full of pronouncements about the Fishes’ weakness for the drink and pills, waiting for the Piscean’s next slide into oblivion. Not every Piscean soaks themselves into a stupor. The traditional and modern astrology books are filled with written interpretations about Pisces, describing them as self-harming, overdosing, schizophrenic, and alcoholic washouts. It’s as if Pisces allows everything disordered into their life, and will not even recognize that it is too late for rescue until the water rises way above their head. Sooner or later – they are emotionally destroyed; these are some of the perceptions painted of Pisces at their absolute worst, self-destructive, and self-undoing.

Let’s bear in mind that each sign has a deep, intrinsic motivation in it, a basic drive which always acts as a catalyst for the individual whether he is aware of it or not. The existential thirst for the secret source of life can make some Pisceans drunks while others possess a great mystical streak through the personality.

Pisces is the universal sign of the zodiac, transcending barriers, with a breathtaking fluidity of character. Pisceans are also chameleons quietly blending into their surroundings, hiding behind the scenes, entangling themselves into all parts of life unseen. Not that Pisces is always shifting, most don’t even think about it. For one thing, this transforming of colours also represents the changing hues of their emotional spectrum, thus, wearing the many faces of joy and ecstasy, all the way to the downcast fish floating apathetically; they are naturally changeable in their moods. For another, it is thought that Pisceans are highly absorbant and if they are in a room full of lunatics they behave like one and if in a room full of intellectuals, they speak with genius insights. The supreme ability to move about largely undetected makes them true to their mutable and watery character.

Tragically, it is the Piscean who can be darkly coloured by passivity; there is an acceptance of misfortune, swimming helplessly with the flow of those powerful tides. The sign with the least resistance as popularly referred to in most astrological texts. The Fishy appetite is also mammoth and anything feeding the senses is swallowed down in excess, no moderation exists in this realm. We all fear for Pisces return when they venture out, too far, into dangerous depths. But what really makes it all frightening is standing on the shore and watching this Fish caught in the riptide, rippling out into infinity, having the strange suspicion that she is not even trying to swim back towards the boundaries of safety; this kind of behavior can be rather disturbing. The difficulty coming back from the waters of oblivion is one of the major struggles surrounding the last sign of the zodiac wheel.

The evolutionary meaning of Pisces doesn’t reveal too much. Being born under the symbol of the Fishes, a sign connected to the  immensity of feeling, with unconscious motivations, and with a LARGE SCOPE of imaginative vision, there should, at least, be some soul expanding purpose awaiting. Steven Forrest says it is hard to explain its developmental aim without slipping into mystical, religious language. Basically, Pisces must touch the deeper dimensions of reality. Seriously, how can any soul bag up the essential meaning of being a child of the ocean? If one reads Greene’s description in Astrology for Lovers, the Piscean individual is given a heavy burden to carry emotionally.

“Every sign leaves its trace in Pisces…In this last of the zodiacal signs is represented all of man’ helplessness, his longings, his dreams, his needs, his powerlessness in the face of the universe, his delusions of grandeur, his longing for love, his sense of mystery for the divine source which he strives for yet cannot wholly reach without great sacrifice.” Astrology for Lovers

No wonder Pisces is left drowning under all of this great need of humanity. Pisces folks are pictured like a bunch of coins sliding through our fingers, some tarnished, some bright, some more “valuable” than others. Most of us have thrown our money into wishing wells, wasting it on secret wishes, hopes, and dreams. Pisces can extend upwards and spiral back downwards; they can embody the occult wisdom of the mystics; the all-seeing psychic eye divining wisdom from the seven seas, or heavenly abode; the unknown realm, everything never communicated. In short, possessing multiple visions and translating it to us mortals. Liz Greene says when describing Pisces, “Everything is seen in double, or in quadruplicate; nothing is ever simple or clear.”

Artists related to this sign, take a vision from some otherworldly realm, whether it is fractured or complete and paint it onto a canvas transforming it into something beautiful about the human soul. In its largeness, it makes us experience all of our senses at once, and it could be the experience of this rushing wave of ecstasy. Surely, in this great watery terrain is the place where images are born. Pisces renders something visible which would otherwise not be seen, taking what is latent and shaping it into something on the physical plane. Moreover, art for these people is something of a sweet serendipity, a discovery of the mysteries ultimately unreachable, glimpsed briefly in their dreaming foray into time and space. Pisces have the inner fish eye, the sight of the artist. In short, they are the mediums of human emotions, you will definitely feel something. Of course, many of these natives have blurred vision, but then even the late night advice of the drunk will hold some value and can be quite a soul revealing experience.

Within Pisces is roused the deepest of creative energies, it’s hard to explain the sea of content swimming around in their inner world. Plus, the colourful dimensions in this realm are interesting:

“The range from Einstein to the ranks of junkies queuing at midnight in Piccadilly Circus for their weekly methadone is a pretty broad range. So is the range from the Fish, that for two thousand years has symbolized the mystery of Christ, to the sad, scruffy, ineffectual figure which Vivian Robson once described in an astrology text as ‘the dustbin of the zodiac’. But this bizarre combination of paradoxical things is typical of Pisces. In an attempt to understand the real motivations of the Piscean (a thing which is impossible from the outset, but which one must, irresistibly, try anyway), I once asked a Pisces friend what he thought about it. ‘Well,’ he replied with a perfectly straight face, ‘it’s a well-known fact that every Pisces secretly longs to be given the fishing rights to all the dustbins in Oxford Street.’ And there you have it. Take the dustbin literally or symbolically as you please. What the rest of humanity discards, disdains, ignores or cannot comprehend, Pisces pursues. In the midst of the waste and the wreckage of human dreams and the heights of disappointed fantasies, he will fish. . . . and fish. . . and fish. By Liz Greene

The wasted side of Pisces only points towards the problem of swimming in the reality of life and with the escapist side of the personality. Plus, in this world, there are a lot of doors to escapism.

Pisces have a terrible vulnerability with a layer of skin missing. Some would refer to their escapist desires as selfish and they can appear that way to others. The need to free the self from material chains of reality exists powerfully within their nature. Some folks born under the sign, despise the full-on Piscean interpretations of escape into cuckoo land, fairytales, and the use of illegal substances.  Pisces, as a sign, easily slips through the back door, dives wholeheartedly into the endlessness of unreality, and dances beneath its waves.

Let’s leave this here and reflect with a very Pisces, 12th house and Neptunian quote:

“This little theater of mine has as many doors into as many boxes as you please, ten or a hundred thousand, and behind each door exactly what you seek awaits you. It is a pretty cabinet of pictures, my dear friend; but it would be quite useless to go through it as you are. You would be checked and blinded by it at every turn by what you are pleased to call your personality. You have no doubt guessed long since that the conquest of time and the escape from reality, or however else it may be that you choose to describe your longing, means simply the wish to be relieved of your so-called personality. That is the prison where you lie.”
― Hermann Hesse, Steppenwolf