The Astrology of Generosity 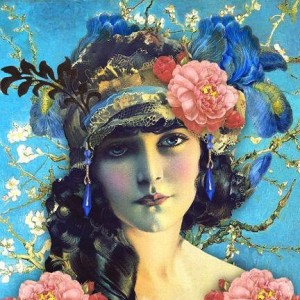 Question: What aspects point to generosity and a giving spirit?

In general, we can look to Jupiter for material giving, and in myth he is the biggest of the gods and dispenser of gifts, conferring immeasurable wealth, power, and honor to those he favored. The spirit of the planet was thought to be joyful, impassioned, with a dramatic nature. The mythic king of heaven imagines bigger and better possibilities than the world in which we live, and is understood to be the bringer of luck and gives hope for the future and that is where all expectations, dreams, and promises live – in the far-off distant land of tomorrow. We need to specuale good things are coming and this embodies our wish to see a progressive betterment in human conditions. In the Jupiter house, we can be very generous, benevolent and charitable and the theory for this, by some astrologers, revolves around the idea that we usually have more than we need in this realm, a surplus of energy and we feel wealthy and filled to the brim, whether this is physical, mental or spiritual depends on the individual. Wherever Jupiter sits is where our very own Mr. Good Deeds resides and this is also where we feel we especially “gifted” and confer plenty of abundance onto others. Jupiter is about  finding optimism and this can come from having faith in the goodness of others and believing people generally possess an open heart. It’s no lie, people also like the good feeling received from giving. When a huge donation to a charity is received it is usually given by a Jupiterian individual. Jupiter-Neptune is also often a highly charitable aspect and usually found in this charts of those giving huge amounts of resources, support, and help.

In the Encyclopedia of Psychological Astrology Charles Carter writes;

Generosity is one of the higher Jupiter attributes, and it occurs especially if the fiery signs and their rulers are well placed. It is to be extinguished from extravagance by the fact that, while the same elements are involved, the aspects will be benefic, and the Saturn element, although probably not prominent, will nevertheless be harmoniously introduced. The Moon and also Venus are on the whole and careful in almsgiving; Cancer and Taurus like value for their money, but are not normally mean; Mercury and his signs incline to self-consideration first.

Yvette Labrousse was a French philanthropist, partnering up with Sir Sultan Muhammad Shah, Aga Khan III. Miss France was well known for her generosity and compassion for the impoverished and the elderly. This lady worked towards the alleviation of poverty and improvement in the quality of life for many. In Yvette’s natal chart, Jupiter is flying high in the 10th house and this usually represents an advantageous position in society. Moreover, Jupiter is also powerfully aspected in the natal chart forming aspects to the Sun, Moon, Mercury, and Venus. The Jupiterian nature in Labrousse touches all of those Aquarius planets in the 7th house of one-to-one relationships. Such a combination shows Yvette’s very broadminded, philosophical nature, high ideals, revealing a philanthropic, visionary, friendly and intellectual soul.

At the root of the personality is someone who is forward looking, humanitarian at heart and someone with a large beneficiary umbrella. Life in Yvette’s world is filled with plenty of ideas of how the en masse should all best live together. Marrying well, she has probably used her position in the world to further advances her social causes. Aquarius is a worldwide sign, caring about groups of people. Air signs are usually interested in the arts, social gatherings, and the classical artistic style and these interests were also listed in Yvette’s online biography.

Diamond Jim Brady was pointed out to have a reckless generosity. Brady could easily fall in the extravagant group. Most popular google searches most want to know about Diamond’s appetite and diet. The man on the left has amassed a fortune as a salesman for companies manufacturing steel railroad cars. Referred to as morbidly obese and lavish in style, he had a penchant for jewels, especially diamonds.

“Brady’s enormous appetite was as legendary as his wealth, though modern experts believe it was greatly exaggerated. It was not unusual, according to the legend, for Brady to eat enough food for 10 people at a sitting.George Rector, owner of a favorite restaurant, described Brady as “the best 25 customers I ever had.” In the bookFenton And Fowler’s Best, Worst, and Most Unusual (1976), Brady was listed in the chapter “Food” as having the “Best Appetite”. For breakfast, he would eat “vast quantities of hominy, eggs, cornbread, muffins, flapjacks, chops, fried potatoes, beefsteak, washing it all down with a gallon of fresh orange juice.” A mid-morning snack would consist of “two or three dozen clams or Lynnhaven oysters.” Luncheon would consist of “shellfish…two or three deviled crabs, a brace of boiled lobsters, a joint of beef, and an enormous salad.” He would also include a dessert of “several pieces of homemade pie” and more orange juice. Brady would take afternoon tea, which consisted of a “another platter of seafood, accompanied by two or three bottles of lemon soda.” Dinner was the main meal of the day, taken at Rector’s Restaurant. It usually comprised “two or three dozens oysters, six crabs, and two bowls of green turtle soup. Then in sumptuous procession came six or seven lobsters, two canvasback ducks, a double portion of terrapin, sirloin steak, vegetables, and for dessert a platter of French pastries.” Brady would even include two pounds of chocolate candy to finish off the meal.” Diamond Jim Brady

He donated significant sums to two hospitals where he was treated for medical reasons, and this could be profound for he has Jupiter placed in the 12th house ruling medical institutions. Jupiter sits in Aries at the apex of an incredibly tense t-square with the Moon and Saturn. When Jupiter is at the focal point under such stress the following interpretation by Tracy Marks is given for a possible interpretation for the negative expression of this astrological configuration.
“Physically, your excessive approach to life may result in weight gain and liver disorders. Psychologically, your lack of moderation leads you to become carried away with your experiences, activities and relationships. Frequently self-indulgent, lazy and extravagant, you tend to substitute quantity for quality, taking more and more pleasurable experiences until you become congested. Likewise, you expect too much from other people, demanding that they fulfill your needs and satisfy your voracious appetites. Although you are a giver as well as a taker, your giving is often compulsive, indulgent or patronizing; you boost your own ego by showering your favors upon people you may regard as inferior or incapable of satisfying their own needs.” Planetary Aspects: From Conflict to Cooperation-How to Handle Your T-Square