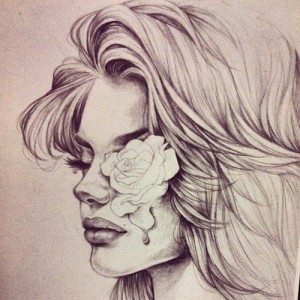 The North Node attributes are what we need to develop and strengthen; the nodal axis itself, containing both South and North Node are said to be sensitive points on the birth chart.

A significant factor when interpreting the meaning of the Nodes is to think of the North Node as the key to our future self, so we can choose whether or not to open and unlock the door to this sexy new person. In regards to the South Node, we are very much still standing in its doorway. Therefore, if an individual is to fulfil some of the goals set out for this lifetime, they need to move towards the North Node entrance.

We will never truly know the value of the North Node until we start to develop those qualities as described by its sign and house. We are constantly evolving and strutting into the future, sexily walking towards a new destiny. Astrologers will often confidently tell us that, if we move towards our North Node it holds the key to future happiness, success, meaning and a greater sense of purpose (a lot of sweet stuff). It almost sounds too good to be true, and it is essential, if this is one area where free will is most definitely used to our greatest advantage, that we apply ourselves to developing the characteristics and traits surrounding the North Node sign/ house as it will lead to further spiritual development (with goodies).

The North Node is where we need to focus our energy this lifetime. But this is not easy as we must also consider the South Node which is the past and is OVER-DEVELOPED — ingrained into our SOUL. It often leads to a serious imbalance and this is the Achilles heel of all opposing signs, they often represent this backwards and forwards energy for a good portion of an individual’s life. The North Node definitely needs more conscious effort applied and the South Node is our unconscious zone, the things we do automatically. The task is to break-free from those habitual patterns of behaviour. We return to the South Node as a place that we know well, when we should really be searching out for more experience in our North Node town in order to achieve more training within that place.

The South Node is usually a place where we feel at ease, it is our safety net, we know how to easily navigate this area of life, and it is the place where we retreat. The risk zone is the North Node, the unexplored territory and the new place of learning in this lifetime. It is common knowledge that taking risks always leads to more growth. The South Node can present an area where we are locked into certain patterns of behaviour and too much of that behaviour can actually lead to being way too comfortable in old ways of behaviour and fearing change.

To grow, we have to challenge this comfort zone and unlock the opposite sign/house and allow it full expression. Otherwise, the South Node can be a place of repeating patterns. In psychology, it is thought that people repeat the same patterns in the same ways, and it is proclaimed that evolution is not inevitable, so we really can get stuck in the same old loop. Freud believed that, if people could become conscious of their unconscious patterns, they would no longer be controlled by those patterns. Without consciousness our South Node takes on a sort of scripted quality, and we continually have the same thoughts, creating the same old behavioral modes by pushing away unfamiliar experiences that could actually enhance our life. We all have psychological defences against change, and some people are more fearful than others.

As Dane Rudyhar points out the Nodes are formed through the cyclic motion of the Sun’s solar year and Moon’s lunar months and so there is this past-future connection. Also explaining that the North Node is the intake of new experiences, termed as “spiritual cosmic energies” and stating that he has stressed for thirty-two years about the procreative and evacuative forces of the Nodes and that many astrologers have not taken note. The astrologer feels there is a heightened energy in the South Node and that there is a kind of massive release of energy which we also seek to reduce in some sense, stating that the South Node is where we release energy automatically.

Dane Rudyhar’s analogy is certainly interesting and underneath it all there are really good pointers to how the Nodes operate. His interpretation of the Nodes is different from general readings and the author (Node article) constantly refers to the procreative and evacuative powers. In layman’s terms, we poop out the South Node and now need to find something different to eat. Usually, this involves more prolonged chewing on the North Node eventually digesting those lessons. Perhaps, after we have fully swallowed the North Node as in the Dragon’s head/mouth side of the NN we might excrete that, too, in our next lifetime. Rudyhar will probably be turning in his grave, especially at the way I have just explained his amazng insights on the Nodes. My sincere apologies and it is noted that my paraphrasing definitely needs a LOT of work.

All in all, I actually do believe that we ingest energy, digest, assimilate and release. The Nodal axis is the balancing of energy containing the experiences and qualities of life we have fully tasted and there are new ones that have yet to be savoured. However, one more point, before we turn the zodiac into a buffet wheel. The nodes when served in balance allow for the inflow and outflow of energy, so we tend to become more healthy and balanced people. See, I have been paying full attention in my Nodal classes.