The Contents of Aquarius’ Jug 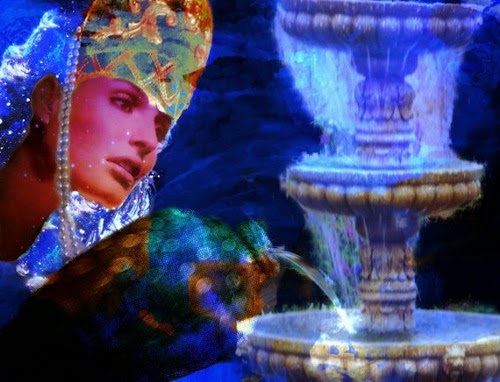 The question burning into every astrologer’s soul – What’s in the jug? Puzzling? No doubt about it. This has given astrologers sleepless nights for decades. The contents of Aquarius’ vessel has many meanings and interpretations. What is certain, though, is that something inconceivably vast is pouring out of the vase and bringing forth all the wisdom of the universe to all its receivers.

According to Mythic Astrology: Internalizing the Planetary Powers

“We are more inclined, in this technological era, to think of Aquarian waters as electricity or cosmic energy.”

C.E.O Carter refers to Aquarius as the Waterman. It is specifically called the Water-Carrier and its name is derived from the Latin aqua (water), and it means the “water bearer.” Referred to as the most human sign, or as Gleadow calls it, “the only completely human sign in the zodiac. ” 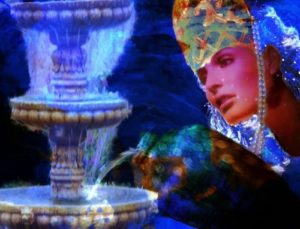 According to the Egyptians, Aquarius emptied his jug of water in the Nile River, which is why it is flooded every year. The meaning of the sign has also been called ‘the pourer forth of water,’ describing it as an inexhaustible stream, with some claiming that Aquarius’ water pours into the mouth of the Great Fish (Pisces) and it swallows all of the water. Early religious accounts define this water as full of vision, symbolizing renewed power. Further imageries state that Aquarius the Waterbearer “pours down the water on the heads of the people.” As you can see, the commentary for Aquarius’ jug is as numerous as the explanations of the Two Fishes, ruling Pisces in the zodiac.

Most agree that Aquarius is pouring forth knowledge and new revelations of a celestial kind. Frequently, the sign is also imagined as a giant male figure, pouring down the water onto the Earth as visualized by Clifford Bias, relating the water as being cool and clear. Yet, the most accurate portrayal is found in the Cosmic Apprentice: Dispatches from the Edges of Science

, which describes the spirit of Science, an Aquarius subject, in a rather Waterbearing way:

The Spirit of Science is open democratic. It flows like water. It is even, you might say, evinced by life itself, what we call life is really a form of water, activated and animated not by a divine principle but the energetic cosmos around it.

Finally, Liz Greene has this to say about the Aquarian and his Waterbearer nature.

In Egyptian myth, the benign god Hapi carried on his shoulders a vast jug from which he poured out waters from the Nile, thus imitating the great annual inundation on which crops depended. The Greeks envisaged him as the beautiful Ganymede, beloved of Zeus and cup-bearer of the gods. But the mythic figure who best epitomizes Aquarius, last of the air signs, is a bearer of fire rather than water. The Greeks called him Prometheus, which means “he who has foresight”; he stole Zeus’ divine flame and gave it to human beings so that they could learn to live as civilized creatures. The magical substance which the water-bearer carriers, whether fire, water or the elixir of life, is not easy to define. But the myth of Prometheus suggests that it is the power of inspired knowledge which Aquarius pours forth – knowledge of harnessing the forces of nature to create an efficiently functioning world, in which everyone and everything has its role and contributes to the good of the whole. Mythic Astrology

The Evolved Aquarius: Truly a Citizen of the World