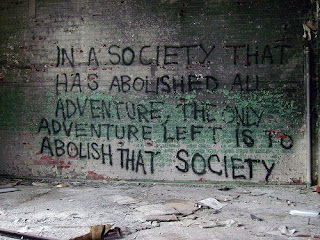 Saturn and Jupiter connect us to society; it is believed that the lengthier orbits of these two planets (twelve years for Jupiter and 29 years for Saturn) have an effect on how we relate to the rest of the world. Jupiter is a symbol of success, growth in one’s education, and making a positive contribution to society. The sign Jupiter is in will provide insight into the means by which you expand, and the house Jupiter is placed in will reveal the sphere of your life in which you have the most potential for advancement and success. Saturn enforces the norms of society and establishes the boundaries within which we operate. It is the foundation for self-discipline, respect for oneself, and the learning of personal lessons in responsibility. Long-lasting successes that were earned via perseverance.

Saturn’s capacity for restriction and boundary establishing is required in order to rein in Jupiter’s tendency for overexpansion and greed. Both planets are essential to understanding the function that we play in this world. Nonetheless, the collapse of civilization may be caused by a variety of variables, such as economic reasons, social reasons, or environmental problems, all of which have the potential to throw the whole system out of balance. A natural catastrophe might bring about the disintegration of the social structures that support society, which can result in the creation of poverty. In such a scenario, it may be necessary to reconstruct a whole town and reassemble significant buildings. It is possible for the government to let down its own people by engaging in corrupt practises, spreading misinformation, or exercising heavy-handed leadership.

In psychological astrology, the planets may be divided into three groups. The first group consists of the basic personal factors: Sun, Moon, Mercury, Venus, and Mars. These planets show what forces we can consciously direct or modify to some extent. These planets characterize the more obvious personality traits and strongest urges in the individual. Everyone experiences a sense of individuality and self-identity (Sun), a way of reacting spontaneously based on conditioned responses (Moon), an ability to reason and to exchange thoughts with others (Mercury), a need and capacity for love and close relationship (Venus), and a drive toward action, self-assertion, and sexual experience (Mars). Underlying these basic personal factors are the deeper motivational and collective factors symbolized by Jupiter and Saturn. Although these two planets can be said to represent specific urges, they also indicate deep states of being experienced as superconscious (Jupiter) or subconscious (Saturn) needs. Their collective significance refers to their impact on how one wants to participate in the world at
large and in relation to social activities. These planets represent the deeper currents of stability, tradition, and safety (Saturn) and future aspirations, sense of adventure, risk-taking, and personal growth (Jupiter). Astrology, Psychology, and the Four Elements: An Energy Approach to Astrology and Its Use in the Counseling Arts