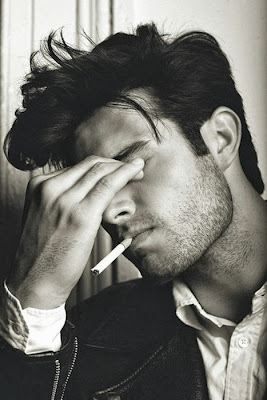 Question: Why a Cancer Man won’t Let You Go?

Answer: It may have a lot to do with those crabby claws of his and once he has a hold of you, it’s difficult for him to release his grip. A Cancer man has a hard time letting go of the past and he also depends on emotional and material shelter. This type of man can have a preoccupation with security, so if you really want to go, you might have to be direct with him, but try to be delicate with his tender feelings.

It’s unlikely he will make the first move and he may not want the emotional confrontation. Deep down he fears loneliness and he would hate to be left in isolation. When he feels fearful he crawls into his shell for protection. However, his dependency and constant need for reassurance may wear on you after some time. Cancer can be clingy and possessive; his reasons are based on insecurity and emotional needs. Cancer has a difficult time detaching and is fearful of rejection. The Cancer man is loyal and he has plenty of lovely qualities, but the reasons stated above are the main causes for his inability to let you go.

The Moon & Cancer: A Woman's Intuition
Water Signs: What do You Mean?
The 12 Princesses of the Zodiac
Watery Elements: Protective Measures
The Watery Depths: Water Element/Moon-Neptune/Moon-Pluto
Songs of the Zodiac: Cancer
Cancer: Backwards Not Forwards
The Evolved Cancer: Gift From the Sea