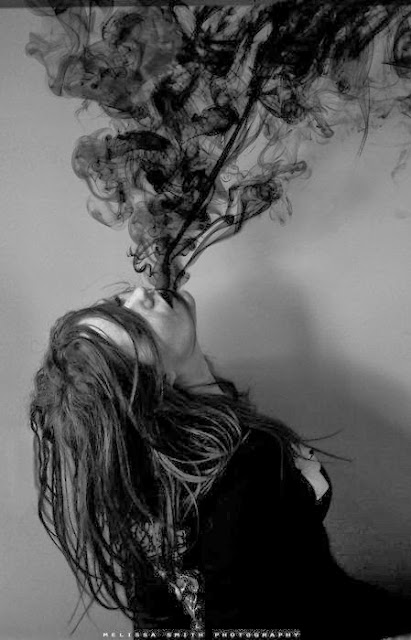 Pluto is the planet that holds your deepest, darkest fears and it is related to those things that are locked down below, hidden in the recesses of your mind, and that need some form of release. Pluto is the signification of the things that torture you, seduce, and threaten to tear you to pieces. It signifies your neuroses or personal psychic conflicts, and wherever Pluto is in your chart is often where you need to exorcise your own personal demons. In fact, Pluto in transit has often been dominant in times of violent behavior, sudden explosive outbursts, deep depression, traumatic events, and actions taken that seem to be so out of character.

Robert Defeo, the infamous Amityville murderer, fought his own personal demons with a Mars-Pluto conjunction sitting in his natal chart. The transit of Pluto over his natal Sun conjunct Saturn, however, triggered something incredibly violent in his personality, and he turned murderous. In astrological terms this configuration indicated the time was ripe for self-transformation and confronting limitations. This particular planetary lineup can also mean the death of a father/authority figure or depression or obsession and unhealthy patterns formed. With this whole transiting pattern, he was literally thrown into the depths of his shadowy complexes and into some of his psychological motivations. The un-resolved conflicts re-emerging profoundly altered him and triggered his self-destructive behaviour. The man was literally possessed by Pluto! Astrologically Pluto signifies your own inner demon, obsessions, and compulsions. Perhaps he was overwhelmed with resentfulness towards his father, and rather than attempt to heal his pain – destroyed it all.

Pluto is the planet that can possess both body and soul and rules over your deepest and darkest desires. In the past when something dark and wild had entered the personality they used to call them ‘evil spirits’ invading the human body, causing mental and physical illness, a demon possession. Now, psychologists refer to the term as complexes and they analyze the activation of repressed contents of a person’s psyche. It is believed that these demons have a lot of control over your fate (Pluto). Through early trauma, and complexes in the personality it is when these repressed contents breakthrough they sweep out everything. When the hidden parts of the personality reach a dangerous level of frustration it can turn a man or woman into the ‘devil.’

Pluto isn’t evil. It rules over the underworld, the uncovered, ugliness, what is buried, exhumed, purged, and cleansed. Your unconscious and buried forces underneath, if left repressed for too long, gain enough power to destroy your fate, destroy the family, and to continue working down the family line like a curse of the atrides. Pluto works to strip your illusions, to reveal the bare bones of your psychology, and to help you to understand the true roots of who you are. No pretenses are allowed in this realm, and who would want a whole life based on pretense. Nobody’s perfect, we all have scars, secrets, a dark side, and things we believe others would not accept. With Pluto, authenticity is important, honesty, and the truth no matter how unacceptable.

The Pluto/Scorpio/8th house experience can be one of self-blame, feeling guilty and torn up inside over the things that have happened. You feel bad, shameful, beat yourself up, and you feel defective and unworthy. These negative emotions inside include fear, hate, anger, anxiety, sadness, depression, despair, self-loathing, guilt, jealousy, etc. The more you suppress your emotions, well, they grow bigger, stronger, and more powerful. It is like a cyclone. You crap on others as a release. Relationships are often the prime dumping ground for all of your insecurities and past baggage that you just can’t deal with.

Pluto represents the basement of your emotions and holds all of your self-defeating tapes from earlier childhood and negative messages that keep replaying. Such as the feelings of being worthless, undeserving, powerless. Your life gets blocked by all of these outworn feelings and thoughts, and there comes a point when you need to take a new view of things. Your life is also frustrated by resistance to change in the ways you need to. You need to recognize when it is time to let go. Wherever Pluto is in the chart is where your own personal demon lives, and at times it can possess you, take control, and you act out in destructive ways towards yourself or others. Through Pluto and the 8th house, your destructive patterns are passed from generation to generation.

Where Pluto is in the chart is the place you feel vulnerable and it is often here that you learn our most important survival lessons. Through cyclic frustration by being blocked from the things you desire, you become consumed by the things you really want. It can be where you feel at your most exhausted because this constant battle on the soil of your self-created circumstances has brought the very nature of your fate. The difficult situations and experiences that Pluto brings force you to look deep inside yourself. This is the confrontation with your own darkest shadow. You need to seek insight, explore inner depths, and you might find that you are a whole different person. Pluto has an intelligent purpose and the highest possible wisdom for your soul’s development, but you also have to meet this underworld god halfway.

If we understand Pluto as essentially a process of transformation and regeneration, this is the first stage of purification which gives us the opportunity to eliminate the old patterning that keeps us locked into self-destructive and self-defeating behaviors. We can clear this material out, and instead of being bound to a past of which we are not even aware, we are freed to consciously imprint new patterns that are more in alignment with our future aspirations. However, the interim process of being called to destroy all the aspects of our previous life that have no function or value in our future and forced to give up that which we think we can’t live without is often terrifying and very painful. If we project this Plutonian energy, we may rage at others who we think are the cause of our misery and unhappiness and blame them for our predicament. We may also at this time magnetize people who will press all of our sensitive buttons and set off our crazy, irrational reactions and obsessive behaviors. It is helpful if we can occasionally step back and honor these people for being catalysts strong enough to activate the process of elimination and purification which is necessary to release self-destructive, repressed, and therefore toxic patterns. During Pluto transits, we experience endings of an old way of life, similar to the experience that occurs during the balsamic moon phase. Death, chaos and disintegration are precursors to the rebirth and renewal that are to follow. As I stated in Mysteries of the Dark Moon, “The naked awareness of the Dark Goddess is to see the death and destruction of the old and joyfully embrace it as a sign of imminent renewal.”  You can determine times of major Pluto transits in your life by looking in the ephemeris to see when transiting Pluto makes major aspects to your planets or angles. Each aspected point rep-resents a different part of our personality whose psychological issues need to be transformed.

So tonight, palm over your forehead, then the back of the neck, then over the heart. Then wait …as this allows time for the demons and unclean spirits to pry themselves free from your body. Go into privacy and exorcise the hell out of yourself.