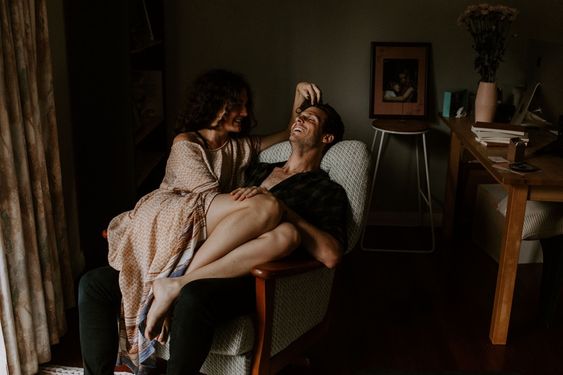 Synastrically speaking, when the Sun is in a square aspect to Pluto in a synastry chart, the resulting dynamic is characterised by themes of passion, obsession, and intrigue in the way you interact with one another. You may feel obsessed with your relationship, and there is nowhere to go since you are always exposed to one other. Feelings of intensity may emerge as you and your partner face the psychological consequences of a love this intense and transformational. There’s a chance the Sun may feel like Pluto has conquered them, and that feeling of dominance might be alluring at first. There’s truth to the old adage that says people are drawn to one other like moths to a flame. However, at a certain point everything starts to seem forced, and if one pushes away it might bring their relationship to a breaking point. 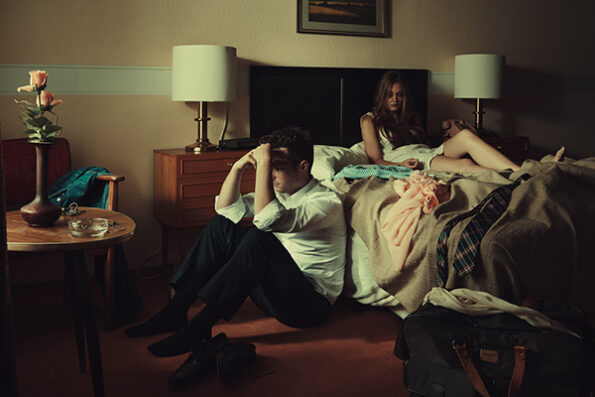 On the other side, one partner—typically Pluto—may feel threatened when the other partner shows signs of independence, individuality, and autonomy (Sun). The Pluto person feels intimidated by the Sun’s light, vigour, and feeling of self-importance. Pluto in this partnership may strive to limit the expression of the Sun, and may also hold profound insights into all of the Sun’s abilities and strengths as well as their vulnerable spots. The difficulty with this link is that Pluto has a great desire to transform the Sun into someone they’re not. Over time, it can generate an unconscious desire for Pluto to rule the Sun, dominate the relationship, and make lasting changes, all of which affect the perspective of life for both. Pluto may suggest a predisposition for obsessive attachment, forcing the pair focus on new and deeper levels of bonding, and can compel the union to face each other’s psyches.

I Am Your Fate 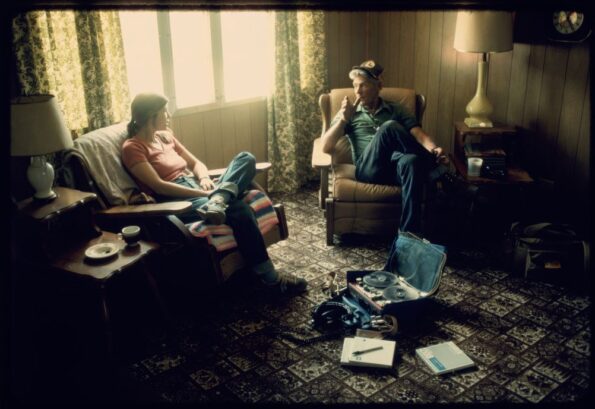 Although the couple’s overwhelming feelings of love are to be expected due to the presence of this magnetic pull, it’s crucial to keep in mind that they may also be triggered by the presence of such powerful emotions. This is a pivotal meeting between the Sun (the conscious) and Pluto (the subconscious), and it adds a touch of destiny to the interaction. Everything takes on more meaning, and it becomes more difficult to have a light attitude when powerful emotions arise from one another. On one hand, it might indicate a couple that is feeling strong in their relationship, while on the other, it could symbolise power struggles between the two of you.

The Worst Relationships Can Bring Out the Best in You

The Sun-Pluto conjunction in a synastry chart might reveal both partners’ best and worst traits. The connection is on the verge of transformation, waiting for the release of illumination, spiritual connection, and emotional closeness. To weather difficult times, the pair draws on their deep well of emotional reserves. In synastry, the Sun square Pluto aspect is a powerful one. The effects of one on the other are substantial. Because of this exchange, they discover feelings they didn’t realise they were capable of experiencing. It’s possible that the couple’s subliminal drive for power is at the root of their “no pain, no gain” philosophy. 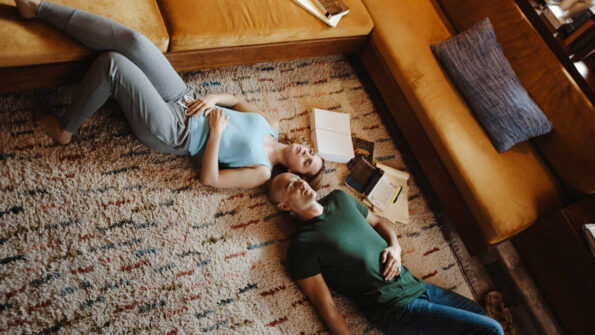 The Sun and Pluto, driven by an insatiable need to know all there is to know about each other, might develop destructive patterns of obsession and possessiveness. The Sun and Pluto are two of the most influential planets in astrology, and when they are engaged in a synastry chart, the outcomes may be life-altering. If they break up, it will be very difficult for them to remain friends. In a profound way, this connection affects the lives of both people involved. They find each other utterly captivating and enchanting, and they are entirely absorbed by the encounter. There is an undeniable attraction between them, but understanding why they feel this way may be challenging. 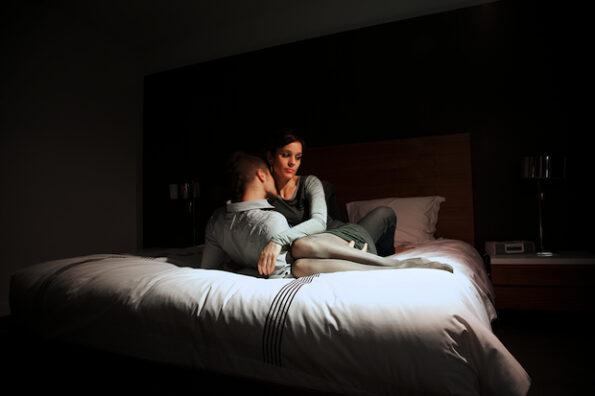 Pluto in a relationship with the Sun may begin to believe that their Sun partner is the only one in the whole universe who cares about them. Since the bond is so strong and deep, it may at times seem overwhelming. Due to the depth of their feelings for one another, the pair may feel like they’ve entered their own personal underworld. Despite the seeming scope of this bond, a profound sense of intimacy permeates its core. It’s understandable that one or both partners in the partnership could have severe anxiety while they’re separated due to the fear of experiencing a devastating loss, but it shouldn’t be used as an excuse for controlling behaviour. This may develop into a very personal connection between them, and it would likely seem like a defining experience for both sides. Pluto always goes deep when it comes to relationships. Its behaviour shows no signs of being trivial in any manner.

I’ve Got the Power 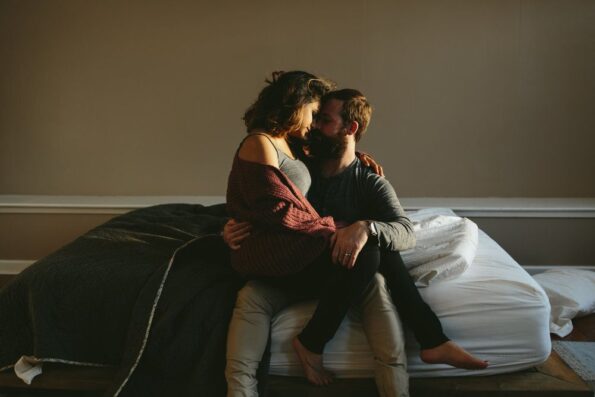 At times, tensions rise to a boiling point. Something that has been bothering them for a while has erupted into the open, and it might explode at any moment. Both partners’ darker parts are brought to the surface and battle it out for control of the relationship. It’s scary and tiring because there’s something uncontrollable going on within this connection. Even when they’re not trying, this pair manages to bring out the best in each other. The effects of the shifts will be felt by them from the depths of their being to the peaks of their life. It may be challenging to maintain an equitable relationship and there may be privacy concerns when the Sun is in a square aspect to Pluto in synastry. Due to the toxic nature of holding onto resentment and hurt for too long, the couple will need a way to express their feelings on a regular basis.

You’ve Got That Power Over Me 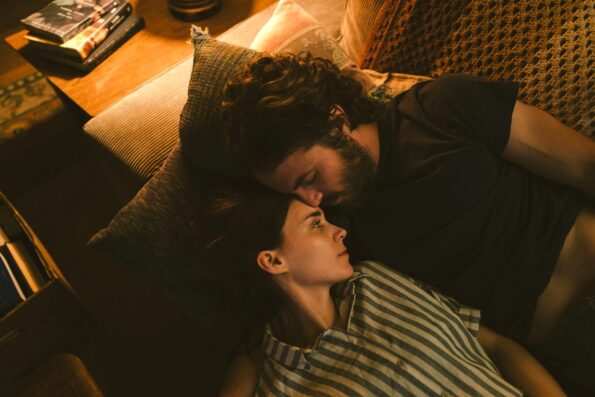 Pluto may have trust issues when it is near to the Sun because of the intense desire between these two individuals. Pluto’s emotions seem like they’re taking over their soul. When a feeling is allowed to reach its peak intensity, it might drive a person to withdraw within and build up defences. Altogether, you two have a really strong and magnetic bond. Together, you have immense strength (Sun) and power (Pluto), as seen by the fact that you may achieve great things.

Again, Pluto is never an easy planet – it’s the part of us that delves into regions that are touchy psychologically. With a difficult Pluto-Sun interaspect, relating takes on an intense, probing, exacting quality just as with the flowing aspects. However, now there’s a much more explosive, volatile note. There is something about the Sun person that brings out a shoot-from-the-hip psychoanalyst – accurate maybe, but not gentle in the Pluto person in particular, although once the so-called insights start flying, it may be hard to determine who shot first. A real bottom line here is that the partners can be of inestimable value to each other in terms of the long process of growing wiser and saner. Succeeding gracefully in that process depends mightily on both parties knowing when enough is enough, when their own passions have distorted or sensationalized their insights into one another, and when a smile and a hug are more therapeutic than a thousand supposedly constructive criticisms. Skymates, Love, Sex and Evolutionary Astrology