Venus-Pluto Synastry: A Love So Powerful That It Might Just Kill Them 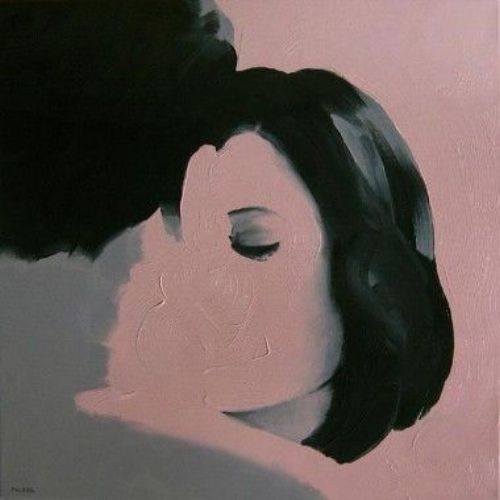 In synastry, Venus’s embodiment of beauty, charm, and elegance in a conjunct, sextile, trine, opposition, or square to Pluto tends to elicit a particularly potent, strong response from Pluto. The combination of the intense attraction between Venus and Pluto and the subsequent insatiable desire they generate is a potent recipe for intense sexual chemistry. It is in Pluto’s power to make Venus feel loved and valued that gives a strong sense of inner values, self-worth, and beauty. Venus enjoys Pluto’s passion, particularly when it makes them feel desirable, attractive, and worthy.

Venus and Pluto enjoy a sexually charged union with lots of heightened emotions. Although Pluto’s reactions may worry Venus, and this is due to the fact that the relationship begins as lovely, charming, intensely passionate, and with a simmering fire under the surface. Pluto is not someone who is easily satiated; for them, it’s all or nothing, and any contact with them may quickly spiral into an unpleasant love obsession. Extreme emotions will arise, and it’s doubtful that these two will ever be “just friends.” When Venus and Pluto are in aspect  in a synastry chart, the couple is forced to reveal their deepest, darkest, and most secret selves to one another, resulting in a love so powerful that it might kill them. As Kilroy J. Oldster argues, “We cannot know in advance how someone will react when they first brush shoulders with Eros’ malady of passion and madness. When it’s at its greatest, passionate love is a sure way to tear us apart because it robs us of our treasured sense of self-control without our knowledge or consent.

The relationship between a Venus-Pluto couple seems like it was meant to be, at least for one of them (Pluto). If the Venus person doesn’t feel the same way, Pluto will make the situation worse till they get the desired response. As usual, Pluto doesn’t take rejection well, and turning down their advances only leads to resentment, anger, jealousy, and feelings of possessiveness in the relationship, which often take over. Venus may like having Pluto’s full attention because their love is more passionate and powerful, but it may also become too intense, intrusive, and invasive. 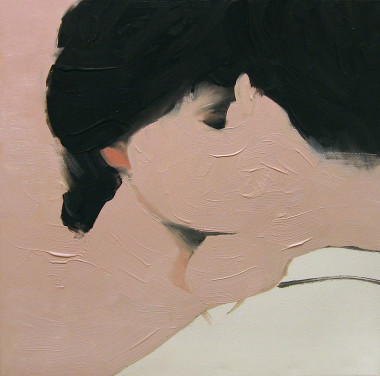 Venus may feel pushed or threatened into being loving and affectionate by Pluto’s persistent desire towards them. Possibilities for dominance and conflict can escalate along with the relationship’s development. Breaking off of an attachment is never easy, but it may be particularly hard when one partner doesn’t return the same feelings. Pluto is obsessed with uncovering the truth, and won’t stop asking questions until they receive the love and attention they crave from Venus. Being in a relationship of this intensity may be taxing on both parties, and the Pluto person’s explosive emotions are likely to be compounded by Venus’ overly light attitude toward the relationship. In fact, Venus might think that they are the best example of “sweetness” in this exchange. Venus must, however, take stock of their own feelings and gauge the extent to which Pluto’s attraction to them provokes their envious fury and how much has been elicited by Venus.

However, there is a deep tie based on a thorough mutual understanding as well as passionate devotion and consuming love in this partnership. Over the course of this interaction, they will untangle the tangles in their relationship and get closer to a more intimate state. As a result, they will learn a great deal about themselves. Venus may shed light on Pluto’s demons, and they can’t help but be enchanted by their darkness. Love, for both of them, if isn’t satisfying enough, will cause them to seek out greater sensuality and depth within the bond because that is what is desired. The connection between Venus and Pluto is only really lived at times of intense sexual attraction and deep psychoanalyzing of each other. 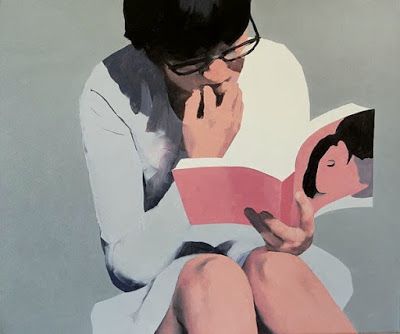 Pluto is about hard psychological truth. It is challenging and confrontative, while Venus is in all things more moderate. The Pluto partner brings a kind of confrontative intensity to bear on the Venus person’s relationship patterns, instincts and history – a quality which the Venus person may not appreciate every minute of the day. Still, this exchange works better than we might expect, and the end result is that the Venus person gradually becomes more savvy, psychologically naked, and honestly communicative, while the Pluto partner learns some necessary lessons about patience, courtesy, timing, forbearance, and humor. If it is not handled in this way, there is the danger that the partners will damage each other in psychologically and spiritually serious ways. Skymates: Love, Sex and Evolutionary Astrology

Once attraction is experienced, a growing need for deeper meaning sets in, necessitating a journey of the interaction’s darkest depths before it may emerge into the light. Some of the strongest and most difficult emotions are triggered by Venus-Pluto aspects, but whether or not they are manageable for either of them depends on their individual birth charts.  When these two people come together in love, they undergo a transformation on an emotional and spiritual level that may never be fully grasped by anybody else. You may feel that you’ve known each other in a previous life and that destiny has brought you together. It’s possible this is true, or it might just be that the intensity of your love for each other makes it hard to put into words. When the two of you are in your “dark rose phase” of ardent love, it may be rather dramatic. You may even make Romeo and Juliet seem like wallflowers.

Pluto may sometimes need to dial it back and allow Venus to develop and deepen in their own time, but Pluto also forces Venus to evolve. This is because the power of love and what it has to give brings such a moving connection that Venus must learn to enhance their depth and be real. The Pluto person’s depth and desire for change, may make the Venus person afraid to meet them halfway out of fear of the unknown. When significant transits touch this relationship across both charts, it may be a test of the roots of a couple’s love and lust for one another. 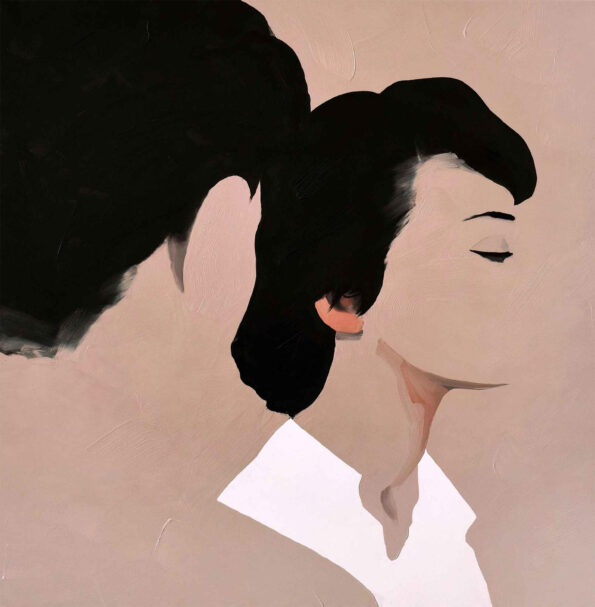 Pluto always needs to take everything it touches to new heights, and a personal planet like Venus may oppose this descent into the underworld to become the new “Persephone and Hades” because it may be too much. The goal is to progress via sexual closeness, emotional and psychological. Without Venus, Pluto feels very alone on this transformational journey; they long for Venus’ lovely presence so that the Venusian partner, too, can share in the deepening of the affections; however, Pluto cannot drag Venus to this realm so that they may rule together from the most profound depths and in the absolute best of relationships. Venus is inspired by Pluto to connect with their innermost self. Since no amount of interaction with Pluto, in any form, leaves an individual unchanged, Venus’s involvement with Pluto will force them to undergo transformation on some level(s). An equal exchange is always desirable in this kind of relationship.

Astrologers do say that it is preferable to have the man’s Pluto influencing the woman’s Venus, as he will be able to express his deep, passionate interest toward her. To be honest, I don’t believe it makes a huge difference either way, because a woman can certainly lead a guy into the depths and play the role of the “deep one,” while a man can play the role of the flirty Venus. A long-term connection will benefit greatly from this merger. There is a heightening of affection when these two souls come together in the act of love. This is why the Pluto person is attracted to the sensual and appealing Venus for emotional encounters. Challenges arise as feelings of both love and jealousy arise, if Venus and Pluto are under the influence of conflicting energies. It’s possible that Pluto is too eager to unite with Venus, which would lead to a separation. Even while Venus is open to Pluto’s approaches and wants to be with them, they may not always appreciate their stalker-like behaviour in love. 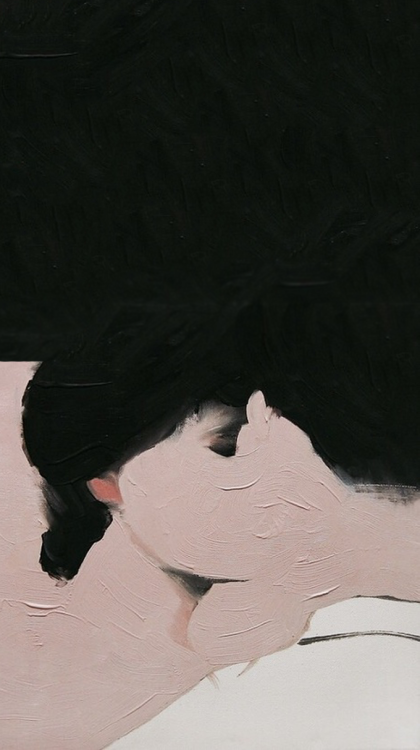 Pluto’s need for isolation at times might prevent them from responding positively to Venus’s romantic efforts because they fear becoming too emotionally invested. There’s a chance Venus may try to monopolise Pluto’s time, but Pluto would probably prefer to be left alone. Disputes may emerge when partners are insensitive to one another’s needs. Ideally, the pair will get a better understanding of one another as they grow closer to each other. Challenging interactions may either push them to grow as individuals or drive them apart. If the couple is unable to come to a mutual understanding, they will likely end their relationship. However, even challenging Venus-Pluto aspects may be channelled into a meaningful interaction, whereby making love is a profound, real experience, and the partnership has the potential to be the most genuine either of them has ever experienced.