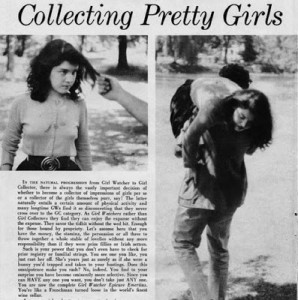 In myth, Hades/Pluto raped Persephone, the naïve maiden picking flowers, but it was through this painful encounter that she awakened as a woman. Persephone has grown, matured, and been reborn as the queen of the underworld. On her return, she comes back a deepened and darker self and has rebuilt her life. The womanly transition is remarkable along with fierce development, and she magically crosses worlds. Through all of this challenging transformation, we witness her grow into a mature woman and this is one of the most important aspects of this mythological tale.

Under Pluto transitions, many of us going during these highly transforming time will often change our hairstyle to reflect the changes within and the emerging new life. We transform ourselves on the outside and we are changed and intensified within. Pluto’s rebirth does not signify the end of growth as it is a continual process throughout each individual existence. Pluto represents those things that seduce, disturb and destroy us, symbolizing separation by being ripped away from those familiar to us.

On the sexual side of things, Pluto rules our passionate feelings, hidden crushes, sexual attractions and we may be consumed by the intense fire of these desires. Pluto’s Persephone myth can touch upon issues of growing pains and the mother-daughter relationship. Mostly it concerns death and renewal, and the immense will to triumph over adversity. The darkest planet can lead us into situations which we are often unprepared for in life. The position of the planet in the chart usually represents an area where skills are underdeveloped where we lose power and also where we can regain it.

Those with the sign of Scorpio, Pluto, and planets in the 8th house emphasized it is difficult to pull the wool over their eyes, and they do well as private detectives, psychiatrists, and therapists. Many revel in analyzing the motives of others, and excel at mind games, solving riddles and puzzles.

Usually, Pluto transitions involve dredging up past traumas. For the most part, they help us to attain a psychological rebirth. Pluto does this by guiding others through the terrain of the unconscious. To Pluto there are no dead ends, it will dig deeper, explore further. If hopelessly trapped in a situation, it will cultivate the strength to find a way out. It’s also true that once we possess the right knowledge in life we can triumph over anything and this is some of the essential meaning of Pluto in our horoscope.

The internal underworld of Pluto is full of hidden treasures. Pluto rules the unconscious and relates to depth psychology, so the more we learn about our inner-world the better equipped we are in life. This planet also takes away our illusions and so we are often violated, taken by force and invaded. It signifies going on a journey, but the kind of path it signifies is about an essential loss and return. There is also going to be a lot of pain in the process. If these events happen when we are younger, then we are usually thrust into the role of adulthood far too early, dealing with issues that we really don’t have the maturity to handle. We must also learn that a healthy amount of distrust is needed – we lock the doors at night, look both ways when we cross the street and sneak out early in the morning when going on holiday – In Pluto’s realm, we must, above everything, learn to trust our instincts.

Principle: The power of the deepest transformation. Pluto represents the black gold of the alchemist, the dark wealth of the depths, the archaic original source, and the archetypal forces beyond all moral valuation. Pluto embodies the archaic feminine element that can be both fruitful, creative and healing, as well as dark, cruel, brutal, and sadistic, destructive devouring and lethal. The solar consciousness fears it as an abyss of Hell.  Experiences with Pluto are always related to power and helplessness, dependency, subjection,  and emotional entanglement. They sometimes also include an aspect of obsession.Key Words for Astrology

A resurrection tale for Easter.