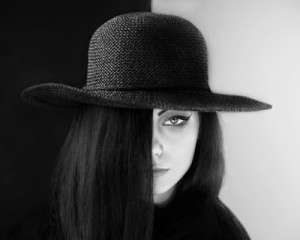 I’ll Give You the Sun

is a book written by Jandy Nelson and it is an enthralling, imaginative, artistic journey that takes the reader through highs and lows. It is about twins trying to find some kind of reconciliation and it involves a lot of Gemini themes, inspiring a deeper look at duality in the Gemini’s life. The story is based on one male (Noah) and one female (Jude) and the events that have happened through both of their perspectives and in two specific points in time. Also, with the Geminian theme, there are the many mentions about switching places and the myth about Castor and Pollux.

In astrology, Gemini represents the dual aspect of life and rules over everything that appears in pairs. Correspondingly, we also find in the twin motif is the notion of there being good and evil. Within a Geminian personality is this entire universe of paradoxical attributes rolled up into one and the individual is animated by the spirit of contradiction, being constantly torn in opposite directions by habitually warring twins. The constellation of the twins represents this inherent duality in human nature in which the higher self is at ever in disagreement with the lower self, and it also makes the soul hard to understand at times. It is often said that Gemini is a Schizoid self, a projection of a two-faced Janus onto everyone. Morrissey, a Gemini, released a B-side track “I am Two People” and he said when interviewed: “I am two people, one gregarious, and one impossibly shy.” He was also said to be tortured by self-loathing and unable to reconcile his ‘two faces. ‘wishing that one or the other of us would die.

Gemini can have at least two opinions on everything, and the ability to hold mutually exclusive perspectives. Jung called this twin the shadow self and it has often been called a curse in the life and spirit of the Geminian. It is understood that while one side is all good and light the other is dark and frightening and Gemini is thought to flee from this face and distracts the self through multiple activities, but it is only by confronting the shadow that Gemini will be at peace and in union with the other self. A battle inside happens between the bright, light, and ethereal and the dark and moody parts of the individual. It is believed the person is like a pendulum swinging and there is an ever-changing nature, that gives way to restlessness and changeability.

The soul is wonderful at comparing one thing to another and governs all the pairs of opposites in the world: spring and fall, life and death, yin and yang. A large part of their life is spent trying on various identities, trying to bridge these opposites to appease this sense of dividedness. In Gemini exists this essential struggle to reconcile the dual nature as a physical and spiritual being. In Esoteric astrology, it is thought that Gemini controls all the pairs of opposing Signs in the Zodiac, and provides magnetic changes and fluid relations among them in order to facilitate their future transformation into unity; for at the end, the two must become ONE. By Consideration

The Twins are also found in the Tarot deck represented by the Lovers card, exemplifying the idea of two. Gemini’s love of language is crucial for it is the “thing” that connects and articulates the relationship between two opposites. A dyadic nature within Gemini needs to resolve this duality within the mind, and their multidimensional energy can represent a tug-of-war in the psyche. In Gemini, there is the concept of two-ness that has eternally intrigued astrologers and every person that personally knows a Geminian individual. A plurality within the personality and the light-dark dichotomy contrasting and duplexity and duplicity.

As Rudyhar points out in Zodiacal Matrix there is always a unifying nature within the air signs.

Astrologers have stressed the dualism of the sign Gemini, and this has often led typical Gemini persons into many blind alleys. Gemini implies duality; the duality of the not self, the duality found at the root of all intellectual processes. Nevertheless, if left alone, this dualism would leave nowhere. The pattern of all intellectual things is syllogism: that is, a series of three propositions – thesis, antitheses and synthesis. If there is no mental reconciliation (synthesis) of the opposites (thesis and anti-thesis), nothing happens – only aimless conflict. Dualism in Gemini contains already the potentiality of an immediate synthesis. And of that synthesis cannot take place – because of some kind of “complex” or bias – then some form of at least temporary neurosis develops unavoidably. … The symbol of Gemini (Roman numeral for two) shows the two sacred columns of Masonry – the two polarities of human consciousness, thesis and anti-thesis; but it shows also the in projection the roof of the temple. This is the “third” factor which unites and gives meaning to all dualities.”  The Zodiac as The Universal Matrix (The Lost Writings of Dane Rudhyar Book 1)

Gemini is represented by two figures, either both male, or male and female, but always holding hands or otherwise linked.